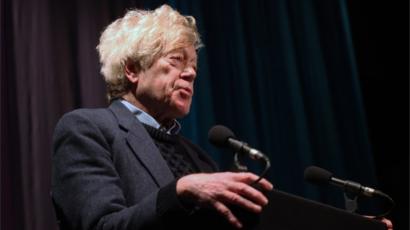 Authors and readers of FPR should spend some time reading this extraordinary essay by Roger Scruton, from the most recent issue of Intercollegiate Review.  Scruton is that rarest of academic birds – a serious, learned and thoughtful philosopher who rejects most modern canards of progress, deracination and liberalism.  Still, his critical intellect will not allow sloppy thinking in any camp, and in this essay he highlights some aspects of Wilhelm Roepke’s thought – not to mention some elements of Catholic social and economic teaching – that should discomfit those of us here at FPR who share similar temptations (yours truly, among them).  About Roepke’s thought, he writes,

[Roepke] believed that a form of economic order could be developed which would deliver—as a benign byproduct—the kind of social cohesion which he had found in the Swiss villages and which to his mind expressed the communal heart of European society. This was already to accept one of the most damaging of Marx’s ideas, which is that social institutions are the byproduct, rather than the foundation, of the economic order. For if Marx’s view is right, then the cure to social ills must be framed in economic terms. Specifically, if the free market delivers a fragmented society, then the solution is to replace the free market with another economic system. And how is that to be done, if not by state action, directing the economy towards defined social goals? All this is contained in that troubling expression “a humane economy,” seeming to imply that it is through economic organization that a society becomes humane, and not—for example—through love, friendship, and the moral law. Röpke intended no such implication, but his style everywhere conveys the tension in his thinking between decentrism as a social movement and as an economic policy.

Since reading this essay, I find myself regularly mulling over – sometimes agreeing, sometimes debating – Scruton’s charge.  He’s surely right that it’s a great danger to reduce the existence  of humane communities to merely an economic set of preconditions.  Yet it’s also equally dangerous to take the tack of modern Republicans, which is to wholly dissociate concerns for “family values” from the kind of economic system that they endorse and encourage.  Scruton rightly reminds us that a properly-ordered economic system is a necessary, but not sufficient, condition for a good society of stable homes and communities.  I would go so far as to suggest that it is only when we begin to consider ways of re-orienting our economic order that we will also have arrived at the point where we also evince the right set of values that necessarily precede any such re-ordering.  Commitments to community will precede economic reform.  Still, I am finally not persuaded that the economy can be simply or easily separable from ” love, friendship, and the moral law.”  Our economy can evince these commitments to a greater or lesser degree – or not at all, as in its the current form.

I hope the FPR readership will read and consider Scruton’s article.  It’s an important reflection, and one we will need to continue to weigh and consider.

What Is Radical Christianity?