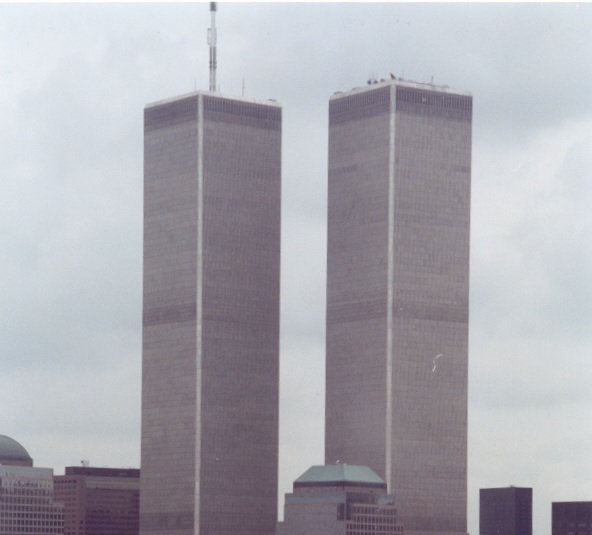 Mt. Airy, Philadelphia, 9-11-09. Eight years ago today, and in the days immediately following, Americans found themselves bewildered. An unprecedented mood had fallen upon them, an unfamiliar atmosphere surrounded them. It was hard to identify or even describe. It seemed like an awakening, but from what and to what?

These at least were the impressions that I found myself wanting to try to account for. In the face of events of such magnitude, so many lives destroyed or shattered, it was hard to take one’s own concerns quite so seriously, and it almost seemed an embarrassingly absurd pretension to speak in one’s own name. But I could not help but feel that this awakening, or the potential moment for an awakening, would soon pass, and that one ought to try to see more deeply into whatever revelation was dimly and fleetingly available before it was too late.

As I sought for some means to bring the national mood into focus, what occurred to me were these words of Simone Weil:

Perhaps all men, by the very act of being born, are destined to suffer violence; yet this is a truth to which circumstance shuts men’s eyes…. The man who is the possessor of force seems to walk through a non-resistant element; in the human substance that surrounds him nothing has the power to interpose, between the impulse and the act, the tiny interval that is reflection…. These men, wielding power, have no suspicion of the fact that the consequences of their deeds will at length come home to them – they too will bow the neck in their turn…. For they do not see that the force in their possession is only a limited quantity; nor do they see their relations with other human beings as a kind of balance between unequal amounts of force. Since other people do not impose on their movements that halt, that interval of hesitation, wherein lies all our consideration for our brothers in humanity, they conclude that destiny has given complete license to them, and none at all to their inferiors. And at this point they exceed the measure of the force that is actually at their disposal. Inevitably they exceed it, since they are not aware that it is limited. And now we see them committed irretrievably to chance; suddenly things cease to obey them. Sometimes chance is kind to them, sometimes cruel. But in any case there they are, exposed, open to misfortune; gone is the armor of power that formerly protected their naked souls; nothing, no shield, stands between them and tears.

(Weil wrote these words, from her essay on the Iliad, in 1940 in Marseilles, having escorted her parents there from Paris after the Germans had done the previously inconceivable: crossed the Maginot Line and invaded France itself. Perhaps she shared the same sense of difficulty I felt in presuming to speak directly of what had happened. She wrote under a pseudonym.)

Americans, most of us, lived through much of the twentieth century separated by just such a fog of un-opposable force, one that kept us unbelievably secure from most nations of the earth, and thus insulated from the human condition shared by most nations of the earth. Above the obscuring clouds, we long lived the blessed and relatively carefree lives of bourgeois Olympians.

In the days following the attacks, we began to notice the clouds obscuring the reality, but they did not clear, for most of us were too accustomed to living above them. I remember listening to radio interviews with inhabitants of Los Angeles. One interviewee after another spoke, but never to the point. Finally a man, who sounded young and bright and was unmistakably black, observed: “Now we know how the rest of the world feels.” One suspects that, as a youngish black man in LA, he was not accustomed to “walk through a non-resistant element” in which “nothing has the power to interpose, between the impulse and the act, the tiny interval that is reflection.”

There seems to be increasing reason to believe that we have exceeded the measure of force at our disposal. Certainly things no longer seem so readily to obey us, exposing us to chance and misfortune. One wonders how much truth we can bear. One wonders whether or not we should look forward to finding out. It is the kind of truth from which we reflexively seek to protect our children. Perhaps we should prepare them to face it instead.

Mill, Hayek, and Our Midas Plight