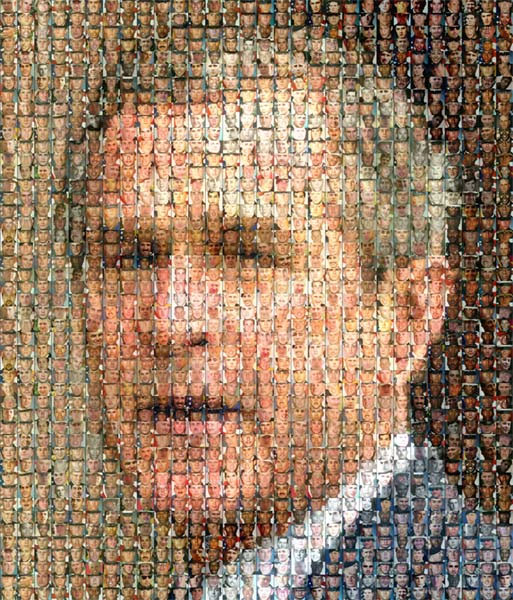 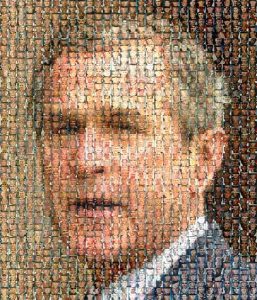 Events of the past several years up close could be compared to individuated and discrete dots, each circumscribed by itself alone, each self-contained and even comprehensible. The housing bubble. The financial crisis. The energy crisis. The financialization of the American economy. Our colleges as beer-and-sports luxury purchases. “Globalization.” 9/11 and the wars in Afghanistan and Iraq. The Federal Reserve’s printing presses. China. India. Europe’s empty churches and cradles. TARP. Cash-for-clunkers. Gold at $1,100 an ounce. The Federal Stimulus plan. The United States, indispensable yet teetering.

Seen from something of a distance – from a point of “perspective” – all these points, and many others, come into focus as an example of “pointillism,” a comprehensible picture in which many discrete points, seen from a distance, converges into a picture altogether more comprehensive and even distinct. The picture being portrayed is the end of Western liberalism, and the beginning of something rather different – something yet without a name – but which I’ll call authoritarian capitalism for shorthand.

At the end of the first decade of the 21st-century, accumulating evidence points to the decline not only of America, but the operating assumption of a market-based, liberal nation-state that has operated over the hundred and fifty or so years. That system – whose philosophical groundwork was laid in the latter part of the eighteenth-century, but which began in earnest with the industrial revolution in the mid-nineteenth century – argued in essence that two seemingly incompatible ends could be achieved.

First, it was held that modern society should be built around the goal of material prosperity – “the relief of the human estate,” in Bacon’s phrase, or “commodious living,” in Hobbes’s articulation. Human ingenuity and the rise of modern science aimed toward maximizing the ability of humans to manipulate and control the natural world, and to extract from it hitherto unimaginable bounties for life.

Second, particularly with arguments posed by John Locke and the Framers, as well as the thought of many thinkers in the Scottish Enlightenment, it was held that political sovereignty rested in the will of the people, and that political systems ultimately derived their legitimacy from the consent of the governed. This basic insight (which had some relationship to medieval theories of constitutionalism, albeit without a concept of “human will” at its core) laid the groundwork for theories of modern democracy, including periodic elections, theories of rights-based individualism, and eventually a form of liberal welfare-statism that would ensure the basic material conditions of life needed for participation in the political and civic order.

The result were two theories in pronounced tension, if not outright contradiction, with one another. The first claim recognized that practical inequality was the likely result: as people’s talents and abilities were permitted maximum distinction in an environment of opportunity and progress, some would achieve great rewards, and others would risk too much or accomplish too little. Prosperity with pronounced social inequality and societal instability was the anticipated outcome. The second claim allowed for the full expression of grievances over those unequal outcomes, with the strong possibility that the popular sovereign would demand some form of equalization of outcome.

Classical political science had long understood that any such extreme and permanent forms of social inequality and instability led to social unrest and ultimately endangered the viability of private property. For this reason, political democracy was thought to be incompatible with significant forms of material inequality. Where extensive forms of inequality existed – typically in large-scale regimes, most often various forms of empire – it was believed that a strong form of autocratic rule was essential. A strong distinction between republic and empire was one inheritance of classical political science, in acknowledgment of the political incompatibility of political equality and social stratification.

The new political science introduced a third element into the mix: growth. Economic growth was the bribe that Stratification offered to Equality. In return, Equality agreed largely to respect the boundaries of rights to private property (though, truth be told, in times of economic stress, this relationship would become strained and Stratification would need to offer an additional pay-off to Equality, e.g., The New Deal). As long as economic growth tempted Equality enough that it might benefit from Stratification, the bargain held. America seemed to be a story of economic AND political progress, a constant increase in PROSPERITY and EQUALITY all powered by GROWTH.

Trouble was: until the latter part of the 20th-century, American growth was premised upon unrelenting ravaging of the resources of the continent. Everywhere something of value could be found, it was extracted and exploited. America largely eschewed the wars of imperialism (largely, though not entirely), a) because it was able to recategorize a domestic form of imperialism as its manifest destiny leading to the “Empire of Liberty,” and b) the resulting continental amassing of property had more than enough resources to exploit without engaging in the kind of foreign imperial project required of the Europeans. At the same time, the regime became ever more “democratic,” as political rights and even forms of State obligations were extended to ever more classes of people – the propertyless, former slaves (whose labor was replaced by machines and the energy slaves that powered them), women, immigrants, youth, and so on. A narrative of Progress (powered by Growth) hid the fundamental tension of the regime from view.

In 1971, the United States simultaneously produced as much oil as it would ever produce (hitting its point of domestic peak production) and produced an elaborate theory that philosophically justified a permanent institutionalized form of property-redistribution that at once a) would ensure the pacification of the least-well off, and b) continued to permit systemic inequality (I speak here of John Rawls’s A Theory of Justice and his famous “difference principle”). I do not think it was a matter of mere coincidence that these two events occurred at the same historical moment: this was, oddly, the high water mark of the marriage between Stratification and Equality, a kind of celebration of their compatibility even as it also marked the beginning of their long separation. The continental growth that had depended on resource exploitation – above all, oil – was beginning its long descent, and with it a mad scramble to replace it with various kinds of fixes that only ensured further and more severe forms of stratification – the “unlocking of shareholder value”; outsourcing; the “symbolic-analytic” economy; the ramping up of the meritocratic educational system, and the accompanying insanity and corruption of our universities; the “financialization” of the economy; a debt culture that began in earnest with the Presidency of Ronald Reagan and reached its culmination (if not its final act) in the Autumn of 2008; and the expansion of the American military umbrella which, above all, protected sources of “foreign oil” that the empire simultaneously required for its maintenance and which it maintained through the enforcement of empire. America was on its way to foreclosure, but before that happened, those with enough know-how, cleverness, and the advantage of unscrupulousness would do what would become common in many instances of foreclosure: they would strip the domicile of everything of worth, leaving only a shell of worthless material that could barely house and protect anyone who happened to be left behind. It was a Made-off economy.

All the major players knew that the “social contract” between Stratification and Equality was teetering, but that it could be propped up a while longer with further pay-offs. For years these pay-offs had no longer come out of “current use” funds – those funds were becoming too precious, and without prospect for long-term increase – to be used to pay off the demands of Equality. Instead, pay-offs were increasingly made using future funds, the presumed inheritance and legacy of generations not born, all added to a running tab called “the deficit” or (most amusingly) the Social Security “Trust Fund.” A massive fiction called “the National Debt” was sold to the rising nation of China, who – for lack of better savings depot – decided to buy out its only real competitor, biding its time for the day when it would own the West. Monetary policy was devised to create a series of oscillating bubbles, each popping ever more closely to the previous, each one indicating a growing frenzy to get what one can while one could. Fearing electoral backlash, the political classes continued to buy enough votes to bring its success in the next election, and the money-masters financed that auction in return for 1,070 blind eyes.

Without the advantage of a crystal ball, I suspect we will be looking at a New World Order within a decade. Writing at the eve of 2020, we will look back on the first score of the 21st century and see more clearly than we do now that “regime change” was afoot – albeit not the sort we might have imagined when that phrase entered the common parlance. The massing evidence that still requires a conclusion suggests that the 21st century will signal the end of the arrangement of the past 150 or so years. The marriage of Stratification and Equality will unravel, and I fear that it will not be a friendly parting. As is often the case in ugly divorces, those of us – friends of each spouse – will be forced to choose which we will remain our friend, for the other will finally brook no communication with the other. And all the evidence to date suggests that the choice will be difficult: we will not want to choose either, loving aspects of both while fearful of offending the other. We will try to remain friends of each until the bitter end, and – predictably – will end up driving both away.

The future will be China, and the new world order. That arrangement is deadly realist about the incompatibility of Stratification and Equality. It has embraced a future of Prosperity without a sentimental glance at the worn bride, Equality. It has ruthlessly elected to engage in the remaining prospects of worldwide resource exploitation, and will do so unburdened by the often tragi-comic efforts of the West to maintain the fiction that this effort can be finally made compatible with a marriage to Equality.

The choice facing America today is grim: it shows every sign of a willingness to embrace the Chinese model, a model it will likely choose to remain “competitive,” but also daily demonstrates its habits of blandishing a citizenry that demands to be coddled. The “democracy” continues to demand its fair share of a dwindling pie, an expected denoument when citizens have been redefined as “consumers.” I wager that in 10 years’ time, the nation will either have sunk itself beneath the untenable weight of continuing payment of a bribe that could never be sustained – and will look like a third world “banana republic” – or, it will have “successfully” made the transition to another regime, an form of autocratic capitalism in which the State will change the terms of the bribe, paying us with materialist distractions in exchange for our political rights and equality. I daily see signs of both prospects, and can’t clearly discern at the moment which will arise. Either way, our culmination is grim, for in either event we will cease in any real sense to be a Republic.

But, that may have happened long ago. We may never have been a Republic. We may have always been an Empire – or at least our tendency was tilted in that direction – and only became better at it over time. We have only imperfectly, and occasionally been truly self-governing. And, I sadly acknowledge at the end of an old year, the prospects for self-governance in this careening modern world have never been dimmer.