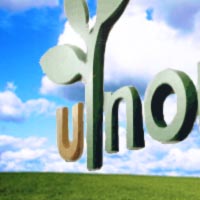 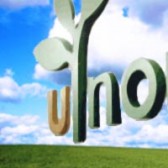 Philadelphia, PA. I do not want to be disrespectful to the recently deceased, especially having lost (never to be found until the resurrection) both my parents this Spring. But I am curious about the response to George Steinbrenner’s death. Talk show hosts, on both sports stations and other topics, have generally been appreciative. Death does prevent kicking someone when they’re finally down, but the marvel at Steinbrenner’s use of free agency to give the Yankees seven championships during his ownership seems amiss to this aging sports fan from Philadelphia. If FroPo’s object to the pesticides applied and fossil fuels used to deliver cheap produce to the average American kitchen, might it also be possible to regard Steinbrenner to professional baseball what an agribusiness is to farming?

Granted, Steinbrenner was not responsible for free agency or other important decisions that affected Major League Baseball during his tenure. But it seems fair to say that Steinbrenner exploited the advantages he enjoyed in New York City as owner of baseball’s most storied franchise and did not care what his own actions did to the larger baseball industry. As one sports talk show host said, “Roy Halladay would not be making $20 million today from the Phillies were it not for Steinbrenner.” This was meant to be a compliment, I guess. But the conditions that sustain these salaries are the same ones that force MLB franchises to squeeze every blessed cent out of customers and advertisers that they can. Do the fans that marvel at Halladay’s annual income also wonder about five bucks for cotton candy?

A pioneer of modern sports ownership, Mr. Steinbrenner started the wave of high spending for players when free agency arrived, and he continued to spend freely through the Yankees’ revival in the late ’70s and early ’80s, the long stretch without a pennant and then renewed triumphs under Joe Torre as manager and General Manager Brian Cashman.

The Yankees’ approximately $210 million payroll in 2009 dwarfed all others in baseball, and the team paid out millions in luxury tax and revenue-sharing with small-market teams.

To this description Ross Douthat added a perceptive remark that may capture why even those fans – like Douthat who roots for the Red Sox – who detested the Yankees could appreciate their owner. In sum, George was one of us:

In the end, if we don’t go in for airbrushing, the best thing to be said about Steinbrenner is this: His worst impulses were always the honest impulses of a fan, rather than the cynical impulses of a businessman. He understood, in a way too many owners and too many players (ahem, LeBron James) do not, that his entire sporting empire depended on the irrational passion of millions upon millions of Yankee-lovers, and he catered to those passions at every opportunity. He ran the team the way the average fan might, if they were suddenly handed the reins of their favorite franchise — with his heart on his sleeve, his foot in his mouth, and his knee jerking with every change of fortune on the field.

This explains why Philadelphia sports fans, who generally loathe all things New York, were almost unanimous in saying that Steinbrenner was the best kind of owner – the guy who did whatever it took to win.

The problem is that most fans do not have the resources that Steinbrenner did and so find it difficult even to find money that will allow them to enjoy the athletes under contract with George and his fellow owners. Among the many features of MLB that callers to sports talk radio complain about are these:

Cliff Lee playing for (at least) five different teams withing three years (four if the Rangers sign him in the off season).

Franchises like Cleveland and Pittsburgh functioning as a quadruple-A minor league system for big market teams like the Yankees, Red Sox, Dodgers, Cubs and – dare I say – Phillies.

World Series games being played on Reformation Day (aka Halloween).

World Series games starting at 8:45 pm on the East Coast.

World Series games ending after midnight on the East Coast.

Middle-aged fans on the East Coast being unable to stay up for World Series games.

Photographs of players competing with advertizing logos on the main scoreboard during said player’s at bat.

Team caps and uniforms produced in colors other than the official hues of the franchise (which is akin to the chaos of state license plate designs and the quest for individuality that fuels them).

Again, George Steinbrenner is not solely responsible for these woes. But he did accelerate conditions that made these unattractive features necessary and likely permanent. In which case, if industrial farming, as good as it is for producing cheap food in large quantities, has lots of unwholesome consequences, the same can be said for professional sports after Steinbrenner.