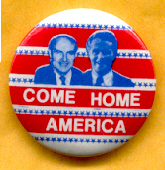 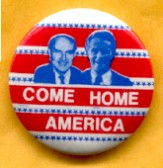 BURNED-OVER DISTRICT, NY. In the fall of 1995, as my 105-year-old friend Henry W. Clune lay dying, America’s oldest living novelist asked me to run my fingertip along the spines of his dozen or so books, which occupied a shelf in his bedroom. (Henry was the usual Upstate authorial mix of vanity and self-deprecation.)

“Not bad,” he grinned as my finger tickled his oeuvre. (I don’t usually tickle oeuvres, but in this case I made an exception.)

Henry was born in the mild morn before the storm clouds of empire rolled in. He admitted to wearing a “Remember the Maine” button in 1898, but hey, he was just a kid. When I was 8, I cried when Hubert “[Vietnam] is our great adventure—and a wonderful one it is!” Humphrey lost to Richard Nixon.

Henry passed a few mercifully quiet hours on the front during World War I, from which he emerged an admirer of the Socialist Eugene V. Debs. The noble Debs, a patriot of Terre Haute, Indiana, spent almost three years in a federal prison for a Hall of Fame-worthy 1918 speech in which he told an audience in Canton, Ohio, “you are fit for something better than slavery and cannon fodder.” (Priggish despot Woodrow Wilson refused to release Debs after the war; that act of justice was left to a far better man, the peaceful Warren G. Harding, whose paperboy in Marion, Ohio, Norman Thomas, would succeed Debs as America’s leading Socialist.)

Things got bad, and things got worse—I guess you know the tune.

The War Party called the Peace Party Nazis in 1941, Communists in 1951, Soviet dupes in 1961, dirty hippies in 1971 … must I go on? In 2011, those who heed George Washington’s counsel to seek “peace and harmony with all” will be called mullah-headed appeasers of Irano-fascism.

We live in an age in which one is free to view pornography that would make de Sade wince and gore that would make Leatherface retch, yet we have less “free speech,” as the Founders would have conceived it, than ever before. The range of permissible political opinions has narrowed to encompass the rat-hair’s breadth separating Mitt Romney from Joe Lieberman, and woe betide the straggler who wanders away from the cage.

Blame war. Blame TV. Blame the nationalization of political discourse, as regional variations and individual peculiarities are washed away by the generic slime of poli-talk shows. Radicals—even naïve Tea Partiers or idealistic left-wing kids—are dehumanized in ways unthinkable when America was a free country. No one was barred from the conversation back when there was a conversation. No dispatch ever read, “Wingnut Henry David Thoreau today issued a manifesto from his compound near Walden Pond…”

Which reminds me: I have a book due out in July—Bye Bye, Miss American Empire, my typical melange of Little American history, tendentious journalism, and bad puns, this time about breaking up our national and state leviathans into more manageable pieces. In the 1970s—ah, golden youth—a book wondering if we need both more states (Upper New York, Southern California, Jefferson) and fewer states (aloha, Hawaii and Alaska—maybe Vermont, too) would have been greeted with “Wow, man, that’s kinda interesting,” but my opuscule will, I expect, be treated as though I am advocating the colonization of Neptune.

The squeezing out even of establishment dissent—especially since 9/11—has left us with an antiwar movement so feeble it makes the Esperanto lobby look like the AARP. Enter the new organization Come Home, America, its name taken from the magnificent 1972 acceptance speech delivered by George McGovern in the last unscripted Democratic convention.

Discussed in recent issues of this magazine,* Come Home, America is based on the now decidedly radical premise that young men and women belong home, with their families and in their communities, rather than fighting needless wars on the other side of the globe. I am a small part of what I hope will become a chorus of patriotic dissent ringing from Main Street and Copperhead Road and Martin Luther King Boulevard, from farm and church and coffeehouse.

“We should be together,” as Grace Slick and Jefferson Airplane sang. Henry W. Clune agreed. As rock-ribbed a Republican as ever dressed for dinner at the club, Henry published in the Rochester newspaper a blistering attack on the Vietnam War as immoral. He read Marquand and Cozzens, not Marcuse and Hoffman, but even as a proud bourgeois elder he took his stand with the shaggy kids in the streets.

As Grace Slick also sang, “Tear down the walls.”

* From the August 1, 2010, issue of the highly recommended American Conservative (www.amconmag.com)