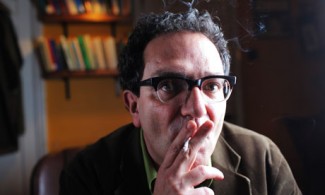 All too many weeks ago, I promised a series of posts on foundations for a new religious right . . .  and then I promptly, and happily, disappeared into the woods. Having reappeared, rested and fished out, I continue the thread.

In the first post, I suggested that the individualistic anthropology too often informing the old religious right was both false and un-Christian, for created in the image of the Trinity we are made for sociality—we are persons, and persons are social and communal through and through.

And so, Tories are Persons, and Persons are Tories—although I’ll now add that in addition to Red Tories, Blue Grits or Blue Labor also count. The New Religious Right should be either Red Tory or Blue Labor, but never Blue Tory or Red Labor.

Red Toryism has a long tradition in Canada, although now perhaps best known in its British revival under Philip Blond and certain elements of Cameron’s vision. Canada maintained a Blue Liberal tradition, but again it’s now most alive in Britain, with Maurice Glasman providing the intellectual firepower for Ed Miliband and Blue Labour.

Despite differences, both viewpoints are fundamentally committed to the principle of subsidiarity as a starting point, that is, to the primacy of family, faith, and place as the foundation of local politics and local action.

These similarities are clear in an interesting exchange between Glasman and Blond in The Prospect. Glasman begins by indicating “the importance of strengthening civil society and local communities, and the centrality of virtue in politics,” and his vision “to place work, locality, and solidarity back in a central role in the pursuit of a good society.” For his part, Blond acknowledges the “new middle ground of British politics: groups independent of the state forming around the common good,” and stresses that he and Glasman “admire civil society, and see that the market and the state can both conspire against it. We share a critique of the neoliberal market and the authoritarian state.”

Most fundamental, I think, is their agreement that “modern individuals are powerless and isolated … debt and the erosion of civic associations—from the congregation to the family, and even the union—has made people depend too much on both the market and the state.”

Civic association is the normal condition of persons, for persons are by nature social and thus connected in family, neighborhood, guild, workshop, club, school, and so on, but both left and right—often supported rather than opposed by religion—have cheerfully traded the neighborhood for the procedural bureaucratic state of the unencumbered self (generally a move of the left) or for the deracinated corporation (generally a move of the right). But abandon all hope those who enter in, for both are fundamental mistakes and both forget the status and dignity of the person.

We are persons, and so those of us religious should be Tories (Red) or Labour (Blue) where we can disagree and squabble about this or that matter of prudence and policy—and we will disagree about a good many things. But what persons oughtn’t be, is supporters of the depersonalizing heresies to which the usual versions of the Religious Right and Religious Left are so captive.

Which puts all in something of a bind, I suspect—or at least those who have to vote in the US. Our parties are so misshapen in their understandings of the human person as to be fundamentally perverse, and these next months will find us observing a jousting tournament between parties who ostensibly battle each other, but in reality conspire to skewer and pierce all those observing in the stands. And too many of our religious leaders are cheering on the carnage.

Next: The Religious Right and Friendship