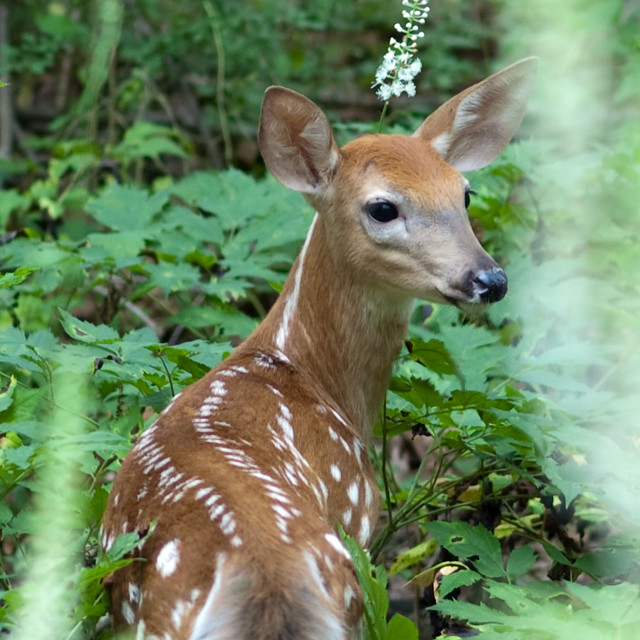 Here at Dumb-Ass Acres a good paraphrase of “I have two teenage sons” is “this is a one-man operation.”

That’s the frockery and lineament of expression that my recurring thought finally settles on this morning after it has undergone about a dozen rhetorico-sartorial changes in the quiet garden, where I’ve been weeding for about two hours in liquid air that—to quote the Ozark Mountain Daredevils—is “hotter than the fourth of July.”

The paraphrase also happens to accord with Coleridge’s doctrine of “habituating ourselves to a strict accuracy of expression.”

But over the row of shallots I think to myself that it’s probably good I’m all alone, for the sweat bee who’s dive-bombing me like a Zero on its final mission has been so thoroughly cussed and invited to fornicate himself that you might think you’d just walked into the championship round of a seaport contest for maritime imprecations among unshaven expert inebriates.

This sonofabitching bee is so annoying that I have begun to use words I don’t care for, and I’m not especially finicky where invective is concerned, especially when there’s no one but the Lord God Almighty to hear me.

Bam!  I hit the bee on my right cheek!  I roll the little bastard between my thumb and forefinger just to make sure he suffers plenty.  Tora Tora Tora yourself, you &%$#ing little *+@^!

“Where’s your mama,” I say to the twitching coppery flanks and the moist black nose and the trusting almond eyes.  She sniffs a garlic scape.  “Don’t eat that,” I say.

To keep from being mistaken for a teenage boy she obeys me.

This adventurous fawn is bigger than the ones you find in the fields and tall grass in early spring, left there by the does who, needing a break from mothering, are off having an early afternoon cocktail and watching The Lice is Right.  Earlier in the summer, after the ground had finally dried from the spring rains, I mowed a field of chest-high grass.  I had to walk the whole plot to make sure there were no spotted cousins of my garden fawn nestled in for an afternoon siesta.  One of the worst feelings in the world, next to finding yourself in a committee meeting, is knowing you’ve seen a fawn a second too late and hearing, from the seat of a tractor, that hard clunk that means you’ve killed a small helpless creature—or, worse yet, maimed one you’ve got to finish off with a bullet to the back of the head.  These animals were made to grow large and incautious enough to die properly:  by jumping in front of your car, scaring the bejesus out of you, and departing this life with your radiator for a trophy.

A farmer in an air-conditioned cab higher off the ground and pulling a field cultivator has an advantage over a dumb ass like me.  He can just plow her under the next time around.  On my little Bobcat tractor I’m hardly more removed from the ground than I would be if I were walking.  If I run over a fawn I can actually feel the bludgeoning that will either kill or maim it.  My little garden visitor makes me glad that so far this summer I have avoided murder of this sort.

The fawn lingers a good twenty minutes before someone lets my dumb-ass dog out of the house, who spooks her back into her hiding place.

The dog, part retriever, will stand in the garden, tongue hanging out, panting like a fatso at the top of the stairs, and waiting for me to throw even the smallest of weeds to the garden’s grassy perimeter.  He’ll even jump to catch a clod of sand if you throw one.  The nephews were doing this with him one day a few years back, and the next morning the poor dog couldn’t figure out why he was pinching out 80-grit sandpaper during the daily deuce.  He’d arch his back, lower his hind quarters, and then, yelping in colo-rectal agony, turn around and around and around as quickly as he could, apparently under the impression–mistaken, clearly–that if he could see his bloodshot nether eye he could diagnose the problem of the rough exodus.

The problem is that he never learned his lesson.  He is a pretty dog, not a smart one.

On to the lettuce and ideas for opening lines to novels I’ll never write:

“‘Too late,’ Moe Descalier thought to himself.  ‘I’m always thinking of things just a little too late.’”

“Les Moore had the annoying habit of always contradicting himself.”

“Amy Stabenough removed her crisp white Negrini épée mask, shook loose her black shiny hair, and, in that chipper tone she reserved for moments of extreme exhilaration, said to Willy Poker, her sparring partner whose doleful visage was hidden by his own mask, ‘you know, darling, fencing is the perfect sport for lifelong virgins like us! Lots of jabbing but no you know.’”

Little do I know that in a few days I, the impecunious author of none of these novels, will have died properly:  by explosion.

The death of Dumb-Ass took place in this manner:  the Craftsman riding mower he found free on the side of the road the previous summer would run for a while but then, once warmed up, start sputtering until in short order it would cut out.  It would start up again, but only after it had cooled.  Obviously an ignition issue, probably a coil.

Dumb-Ass found a coil (approximately $50 cheaper on eBay than at the Power Equipment Retail and Rip-Off Racket), put it on, and got improved performance for a while.  Then:  the same problem all over again.

But it so happens that the previous fall he had pulled the engine—along with several other salvageable parts—off a Poulan that had been retired because of a tranny problem.  (Poulan has the same platform, basically, as Craftsman.)  Fornicate it, he thought to himself.  This is bull-output.  I’m just going to swap out the engines and be done with this illegitimately begotten Craftsman.  Undergraduate prose may be beyond fixing, and your average undergraduate intractable by default, but wrenching is a whole other matter altogether.  This is a problem that can be solved.

And is.  After a few hours of singing along to the oldies station, with occasional breaks for profanity and maritime invective, it all comes off without a hitch.  He’s now got a 17 hp engine to dispose of, it is true, but that’s also a solvable problem.  The free Craftsman works properly once again.  And there ain’t nothing ugly that’s free.

But a body can tire of wrenching.  It’s evening.  How about something more relaxing? he asks himself.  Yes.  How about it.  Relaxing yet productive.

Onto the tractor to mow the field, whereupon, after about two passes, and thanks to a turn into the west wind, the distinct fragrance of antifreeze wafts noseward.  He looks at the temperature gauge; the needle reads “your head gasket is about to blow.”  He cuts the diesel and jumps off the Bobcat.  It takes only a few seconds to locate the split hose:  a special make, of course, with a 45-degree bend in it.  And wouldn’t all the parts stores just have to be closed now in the cool of the evening?  They would.  Tip the seat forward.  The mothering tractor and its sonofabitching leak will have to spend the night in the copulating field.

Over the river and through the woods to grandmother’s house he goes.  He’ll mow the in-law’s field instead on the in-laws’ tractor, which, after a little coaxing, jumps to life.  At length darkness descends but for some reason there’s enough light to see by.  And why is that?

First it’s the feel of warm liquid on the ankles that arouses the Dumb Ass’s curiosity about the light.  Then in a flash of intellection involving the gathering of sense-data, followed by computations arrived at enthymically (for there is no time to formulate full syllogisms), he concludes that something is wrong.  For, in truth, something is.  A hydraulic hose has broken, sprayed his ankles, and then turned its attention elsewhere—specifically to the muffler.

And this accounts for the fact that there’s enough light to see by, for if you spray a hot muffler with hydraulic fluid, the hydraulic fluid catches fire, and it is the considered opinion of the Dumb Ass that the five-foot flames rising in front of him—right next to the gas tank, he might add—are in fact the result of this very union, this intimate congress of inflammable liquid and the hot conduit of waste ill-placed below the hydraulic cylinder for the “power” steering.

It is also the considered opinion of the Dumb Ass that he’d better get his dumb ass off the Bison before his ass is scorched grass.  And so in one deft motion not unlike the one Tom Buchanan used to break Myrtle Wilson’s nose—indeed, in a leap recalling his glory days on the hardwood—the Dumb Ass cuts yet another engine while at the same time jumping to what he hopes will be the safety of the partially-mowed field.

Now that the belt running the hydraulic pump is no longer turning on its pulleys, in consequence of which it is no longer pumping hydraulic fluid through the system, the fire’s food supply has been cut off, the flames have disappeared, and there’s no longer enough light to see by—or flames to die by.

But there’s this to worry about, now that death-by-immolation has been avoided.  Can anyone make the Dumb Ass a hose that has metric fittings? It takes a couple of days to hunt down the right man, but yes.  And the Dumb Ass, without being curious enough to inquire about costs, says, “make me two.”  No sense not replacing the return hose while he’s at it.

For the radiator hose:  $29.  For the hydraulic hoses:  $150.  Time spent replacing three hoses and one engine in a Craftsman mower:  the Dumb Ass would rather not say. Best plead the fifth. Or reach for one.  But he did score himself a free Craftsman riding mower on the side of the road, and there ain’t nothing ugly that’s free.  Besides which:  never forget that, unlike some prose, engine problems are usually solvable.  His tractors, at least, are tractable.

Meanwhile in Vegas they’re laying odds that the radiator in his Silverado has Bambi guts it its future.

Some say his world will end in fire,
Some say in ice.
From what he’s tasted of the mire
He holds with those who bet on fire.
But if it had to perish twice,
Dumb Ass has learned enough of late
To say that for destruction ice
Is also great
And would be nice.

Either way, this life will be the death of him, he’s sure. But to quote old number 26, “Far and away the best prize that life has to offer is the chance to work hard at work worth doing.”

We are Bound by Suffering and Love

Love in a Time of C̶h̶o̶l̶e̶r̶a̶ ̶S̶c̶u̶r̶v̶y̶ Coronavirus: A Bar Jester...