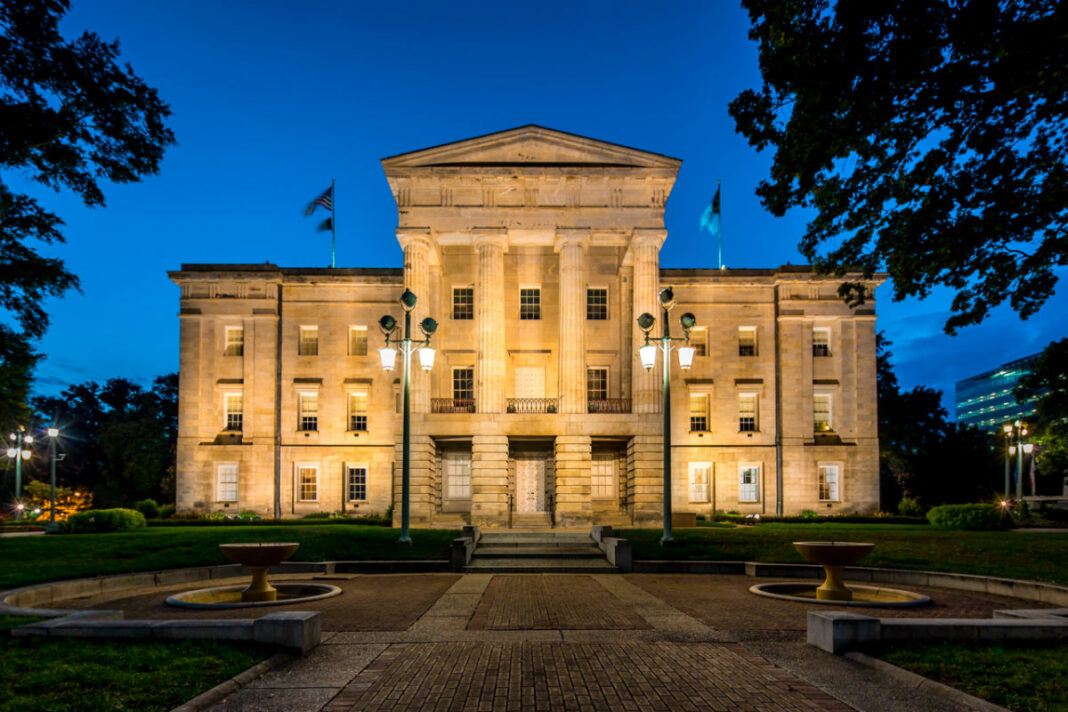 Durham, N.C. I was intrigued when I learned that, in North Carolina, the state Constitution (in Article VIII) says: “The General Assembly [state legislature] may at any time by special act repeal the charter of any corporation.” What opportunities this might furnish to a state legislature seeking to curtail improper corporate influence! I considered the various North Carolina corporations that were subsidiaries of national abortion organizations, corporations with histories of underpaying workers and environmental degradation, and corporations which are subsidiaries of conglomerates engaged in “woke” harassment of employees. The North Carolina legislature could subject these corporations to great inconvenience, first by investigating their violations of the public interest and then by repealing their charters, leaving the incorporators to expose themselves to personal liability for any illegal conduct (or to face the prospect of leaving the state).

A bit more digging revealed that while the prospect of holding these corporations to account by repealing their charters certainly appeared good, the appearance was essentially a mirage. Under older conceptions of state power over corporations, the threat of charter repeal might be a great inconvenience. But modern legal, political, and economic developments would make it little more than a flea-bite, with the corporations able to recover quickly with the aid of nationalistic ointment. It is unlikely in current circumstances that charter repeal would pose a serious threat to misbehaving large—or even small, for that matter—corporations in the Tar Heel State. More’s the pity.

At American independence, the power of the British Crown to charter corporations passed to the various state legislatures. Incorporation meant that the government created an artificial person—with some of the rights of a real person, particularly owning property and using the courts—run by specified actual persons who, over time, gained a measure of immunity for actions done in the corporation’s name. Corporate charters in the colonies had been largely granted to municipal or charitable groups based on the government’s assessment of a valid public interest. After independence, business organizations seeking corporate charters became more prominent.

Once a legislature granted a corporate charter the corporation had to respect its terms—and so did the legislature, as the U. S. Supreme Court explained in Dartmouth College v. Woodward (1819). Careful legislative draftsmen got around this by reserving to the legislature, in the charter itself, or in the statutes and state constitutional provisions relating to corporations, the right to make amendments to the charter. In this way the legislatures initially sought to retain control over their creations.

While most Tar Heel corporations thereafter were created under general incorporation laws, the legislature, often at the strong urging of well-heeled lobbyists, began finding exceptional circumstances to allowing them to keep creating new corporations by special act. By 1905, the prominent Raleigh editor Alex J. Field saw a need for reform. He focused on the time wasted in legislative debate over creating new corporations. In the modern Progressive era of specialization, the legislature should be focusing on big-picture issues, not minutiae. Most state constitutions by this time had largely taken their legislatures out of the business of granting corporate charters; Field presumably thought North Carolina should join that bandwagon.

Field persuaded a legislator to introduce a proposed constitutional amendment by which the legislature could create corporations only in very narrow circumstances. A proviso specified that the legislature could at any time repeal any corporate charter. “The ‘Corporations Amendment,’” explained Field to a correspondent of another paper, the News and Observer, “will … lift a great burden from the legislature” when it would no longer be bogged down in proposals for new charters.

It took ten years of activity by Field for this amendment, in similar form, to get through the General Assembly. It was finally submitted to the people in 1915, along with other reform-oriented amendments, to be voted on in the general election of 1916. By this time, presumably to prevent gamesmanship with words, the term “corporation” was defined in the amendment to include any organization with corporate powers beyond those of an individual or partnership. Prominent movers and shakers in North Carolina endorsed the corporate charter amendment. Some of these supporters were rude enough to mention the possibility of corruption under the previous system of legislative incorporation. During the discussion of this amendment, nobody seems to have mentioned the clause about the legislature being able to repeal any corporate charter.

The November 1916 election was marked by low turnout. Large numbers of potential black electors had been disenfranchised at the turn of the century, and among the remaining white voters the Democratic Party had such predominance at the time that the partisan urgency of voting had diminished. Of those voters who showed up at the polls—and were not prevented from voting—most approved the corporation amendment as, along with the rest of the country, they re-elected peace candidate Woodrow Wilson to the presidency.

In my limited research, I found an instance in 1925 when the legislature repealed a corporate charter under the new constitutional provision. The repealed charter—originally granted by the legislature in 1867—belonged to the Holston Annual Conference of the Methodist Episcopal Church, South, and as far as I know this repeal may have been sought by the corporation itself.

There was an abortive movement in the mid-1930s to revise the state Constitution. The promoters of this movement didn’t particularly like the charter-repeal proviso, but they decided not to change it. As explained in an article in the Hendersonville Times-News, such a change was not deemed of “any special importance.” In addition to this, “any change might be construed as having an ulterior purpose.” Apparently, the middle of the Depression would not be a propitious time to limit the government’s power over corporations.

Even after the Depression, the corporate-repeal clause was kept in North Carolina’s constitution. The 1971 version of the document included the language, which still stands today (though the definition of “corporation” is left somewhat muddled, possibly the result of a drafting error).

Thus the clause was kept, and the state legislature can repeal the charter of any Tar Heel corporation. What does this mean in practice? Less than meets the eye.

For one thing, even if the legislature decided to repeal a corporate charter, the incorporators could simply go to another state—like Delaware—and incorporate there. Then they can still seek to operate in North Carolina as a “foreign” corporation. At one time, the U. S. Supreme Court held that a corporation chartered in one state could only operate in another state with that second state’s consent. That principle might not be able to stretch too far nowadays. A foreign corporation can deal in goods and services with North Carolinians using the channels of interstate commerce, a concept which has been broadly defined by the U.S. Supreme Court. 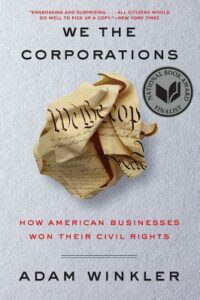 And then there’s the issue of corporate rights, for North Carolina corporations and “foreign” corporations. As Adam Winkler documents in We the Corporations, corporations have managed to fashion the Fourteenth Amendment into a shield protecting them from supposedly unconstitutional state harassment. A superficial reading of the Fourteenth Amendment would seem to apply only to flesh-and-blood persons, or the sort of persons who, under the amendment, could be counted in the census or lose the right to hold office for participating in rebellion. But when it comes to the right to equal protection and due process, the U. S. Supreme Court, helped by crafty advocates, creative court reporters, and zealous judges, managed in the nineteenth century to declare that these basic rights belong to artificial corporate persons as well.

With this expansive idea of corporate rights, it is easy to see how a corporation whose charter the North Carolina legislature attempts to repeal would be able to find some ground or other to complain about a violation of its constitutional rights, and get its charter reinstated.

The old vision of corporations being created by states only when it serves the public interest and depending on the consent of states where they are not incorporated to be able to do business there, is basically old-fashioned and reflects a degree of localism that is hard to fit into the constitutional order as defined by those currently holding the reins of power.

Nonetheless: though the idea of a legislature banishing undesirable corporations from state boundaries may be a mirage for now, it is certainly a dazzling mirage. If you look carefully enough, it seems more in line with how things should be than the actual desert that is currently beneath.

The granting of legislative charters to corporations has famously been the occasion for much corruption in North Carolina history. Perhaps it would be valuable to remove from the legislators the occasion for temptation? Yet they retain, at least on paper, the right to banish undesirable corporations from the state—a right which they’re probably not going to exercise, and a right which, alas, if wielded, might actually be popular but would probably do little more than get them rebuffed in the courts.

Abraham Lincoln and the Destruction of Place