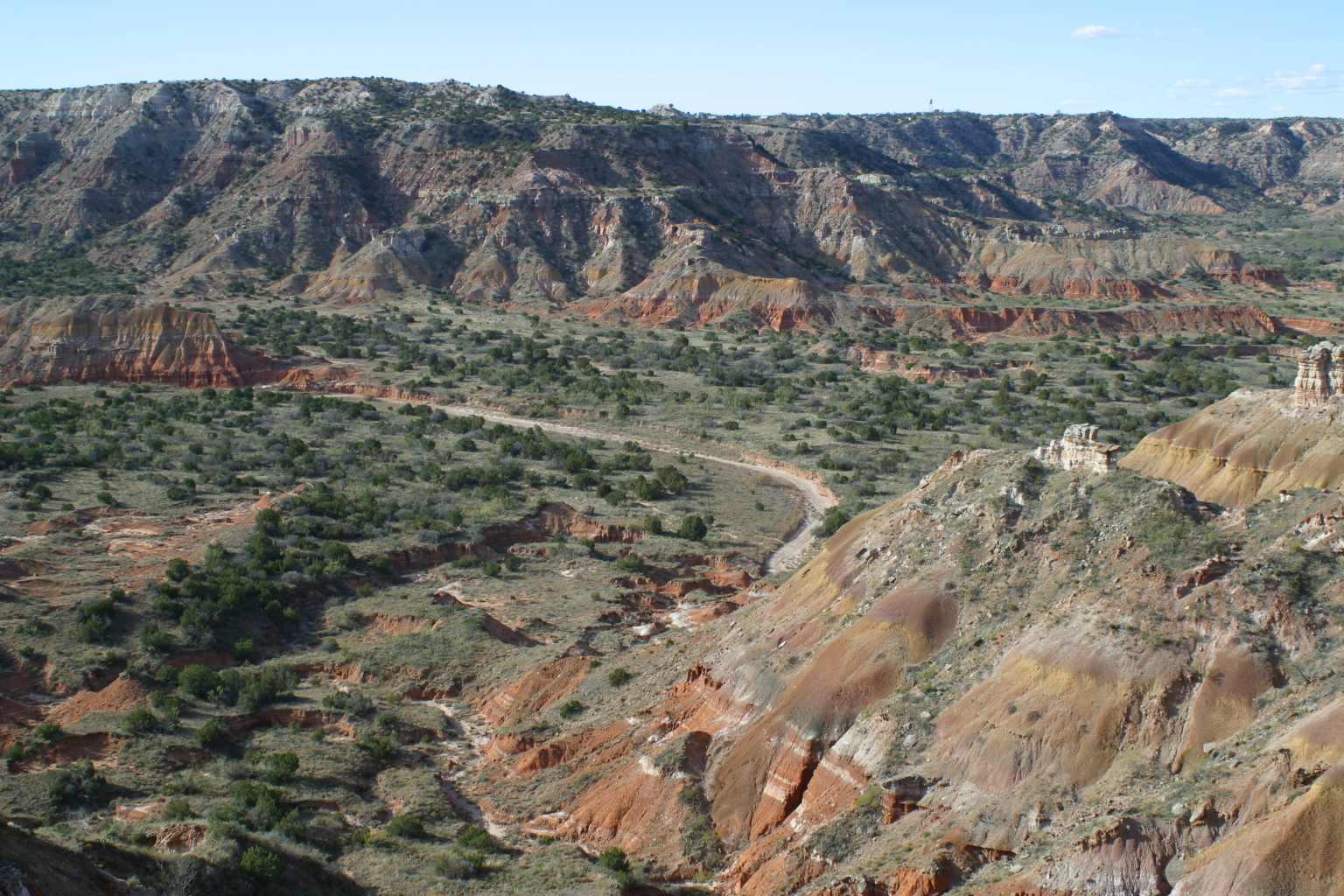 One defender of the new SBC policy is Southern Baptist Seminary theologian Russell Moore, who declares in “Immigration and the Gospel” that “[t]he Christian response to the immigrant communities in this country cannot be ‘You kids get off my lawn’ in Spanish.” Up until now I have had nothing but respect for Moore – anyone who appreciates Berry and Genovese can’t be all bad – which is precisely why his trite and thoughtless remarks pain me so. Does he really mean that no Christian can offer an argument against mass-immigration better than that of Mr. Wilson from Dennis the Menace? Can one really dismiss so quickly classicist Thomas Fleming, or philosopher Roger Scruton? What about journalists like Tom Piatak, Patrick Buchanan, and Peter Hitchens?

Whether one ultimately agrees with the positions taken by immigration restrictionists is beside the point. The point is that the Southern Baptist leadership hide from their flock the fact that such positions even exist. Should we be concerned about, say, the socioeconomic consequences of a vastly expanded labor pool? Soaring crime rates? What about the implications of perpetual war with the Muslim world even as mosques simultaneously sprout all across the Midwest? How seriously should we take those activists who celebrate the Reconquista of “Aztlan”?

Undoubtedly the SBC has devoted much prayer and reflection to such questions, and therefore has ready answers.

To be crystal-clear, no opponent of mass immigration that I know of – Christian or otherwise – comes remotely close to asserting the xenophobic strawman that immigration and diversity are evil as such. Rather, restrictionists assert that immigration and diversity, like everything else, must be subject to limits, and that those limits have long since been exceeded.  Should the SBC believe otherwise, it is welcome to substitute argument for ad hominem insinuations.

In the meantime, those wishing to understand the immigration crisis are better off turning instead to maverick Catholic polymath James Kalb, who in 2008 put the matter in the context of globalism:

Ruling elites […] are concerned with the power and efficiency of governing institutions, the status and security of those who run them, and maintenance of the liberal principles that support and justify their rule.  It is in their interest to expand the human resources available to them, even at the expense of those who are already citizens, and to weaken the mutual ties that make it possible for the people to resist rational management and to act somewhat independently.

In other words, amnesty for illegal immigrants is a step toward the further entrenchment of a global managerial class. As if peering into a crystal ball, Kalb concludes by foreseeing the SBC pronouncement (italics mine):

The practical result of such influences has been the suppression of immigration as an issue in the interest of an emerging borderless world order. Restrictionist arguments are scantily presented in the mainstream media, andconcern with cultural coherence, national identity, or even the well-being of one’s country’s workers is routinely denigrated as ignorant and racist nativism.

Kalb’s last sentence above may be juxtaposed neatly with Moore’s admonition to his readers to refrain from “absorb[ing] the nativism and bigotry of some elements of society,” which begs the question of just how much substantive attachment one may have for one’s culture and countrymen before one is denounced for nativism and bigotry. (Try “zero.” Unless, of course, you’re an Hispanic ethnonationalist — in which case anything goes.)  Wittingly or no, Dr. Moore has lent his voice to the Tolerance Police, which censures as hate-think any opposition to the multiculturalist deconstruction of towns and communities.

Far from being inherently un-Christian, opposition to multiculturalism is rooted in love. Consider, for instance, C.S. Lewis’s definition of patriotism:

[T]here is love of home, of the place we grew up in or the places, perhaps many, which have been our homes; and of all places fairly near these and fairly like them; love of old acquaintances, of familiar sights, sounds and smells.  Note that at its largest this is, for us, a love of England, Wales, Scotland, or Ulster. Only foreigners and politicians talk about “Britain.”[…]

With this love of place there goes the love for the way of life; for beer and tea and open fires, trains with compartments in them and an unarmed police force and all the rest of it; for the local dialect and (a shade less) for our native language. As Chesterton says, a man’s reasons for not wanting his country to be ruled by foreigners are very like his reasons for not wanting his house to be burned down; because he “could not even begin” to enumerate the things he could miss.

This kind of local and regional patriotism, Lewis notes, “is not in the least aggressive,” for “[i]t asks only to be let alone” and “becomes militant only to protect what it loves”. He contrasts it with un-Christian faux-patriotism, which springs from “a firm, even prosaic belief that our own nation, in sober fact, has long been and still is markedly superior to all others.” Interestingly enough this latter, twisted mockery of patriotism is what gets consistently promoted by the Southern Baptist Convention, and manifested itself in Bush II’s fatuous, sacrilegious rhetoric and bloodily-botched imperial foreign policy.  It takes a lot of nerve to get on a high horse about bigotry after having countenanced the export of Americanism at gunpoint.

To be fair it should be noted that Dr. Moore himself has never endorsed American exceptionalism; it is nonetheless deeply offensive that he would deem Richard Land within the pale while nativists – i.e., those who don’t want their country ruled by foreigners – lie without. Immigration restrictionists should, Moore hints, feel uncomfortable whenever contemplating Our Lord’s sojourn in Egypt. After all, “our Lord Jesus himself was a so-called ‘illegal immigrant.’”

Somebody call Dan Brown. After centuries of being overlooked by Christian scholars, here in modern America yet another long-hidden religious truth has finally emerged. Those who pretend not to know that border patrols are an offense crying to heaven for vengeance are un-Christian, much as anyone who criticizes the modern welfare state must not give a hoot about the poor. A divinely-commanded flight from  a pedicidal maniac is equivalent to … a search for jobs and free education.

Being no theologian, I must also have missed the part in the Bible where St. Paul identifies full citizenship’s rights and privileges as an entitlement which should come with every packet of Cracker-Jacks. Once upon a time, it meant something to be born into – or get adopted by – a tribe or a polis or even an empire. Today acceptance of mass immigration has nothing to do with Christian charity and everything to do with the widespread knowledge that the term “American” signifies nothing, if ever it did. (“Only foreigners and politicians talk about ‘Britain’.”) Thanks to a surreally-comical swearing-in of legal immigrants held here in Louisville last month, I can myself attest that even minimal comprehension of English is no necessary condition for voting in US elections. Depending on whom you ask, the fact that I ever thought otherwise reveals either amusing naïveté or disgusting ethnocentricism.

So John Zmirak of Thomas More College was right on the money when he compared the push for amnesty to the crime of counterfeiting, for “when we foster illegal immigration, and legitimize it later through inevitable amnesties, we are cheapening irreparably the value of citizenship”.  At this point, the currency has already been so cheapened that what we are counterfeiting is Monopoly money to begin with.

Of course the keenest critics of modernity will recognize the immigration crisis as but one symptom of the vaguely satanic theory that America is a propositional “nation” standing at the end of history, sanctioned by Providence to bear the torch of Enlightenment classical liberalism. According to this theory America embodies the New Atlantis, a transcendent utopia whereby individuals may be free from the bonds of tradition, ethnic identity, and ultimately family.

So if Americans had not adopted a mad, insatiable and unnatural vision of the world, is it possible that mass-immigration would not now be an issue? Certainly true, but further careless Balkanization and fragmentation is hardly a step toward improving things.  My interest is not so much in doing anything for the American republic — so far as I know, only God has the power to raise the dead — but in minimizing as much as possible the violence that will be done to cities, states, regions, and human beings when the American empire finally barrels head-long into hard reality.

As for those who assert – along with the GOP – that the ideology of liberal democracy is compatible with family, they only demonstrate their ignorance of what family is, as T.S. Eliot makes clear in Notes Toward A Definition Of Culture:

[B]y far the most important channel of transmission of culture remains the family:  and when family life fails to play its part, we must expect our culture to deteriorate.

Now the family is an institution of which nearly everybody speaks well: but it is advisable to remember that this is a term that may vary in extension. In the present age it means little more than the living members. Even of living members, it is a rare exception when an advertisement depicts a large family or three generations:  the usual family on the hoardings consists of two parents and one or two young children.

But when I speak of the family, I have in mind a bond which embraces a longer period of time than this: a piety towards the dead, however obscure, and a solicitude for the unborn, however remote. Unless this reverence for past and future is cultivated in the home, it can never be more than a verbal convention in the community.

Commenting astutely on this eminently-quotable passage, James Matthew Wilson has noted that “[f]ar from being the basic unit of society that must be defended, the nuclear family is the death knell of ‘familism,’ as the anthropologists call it.” No one who takes family seriously could regard with equanimity the disintegration and drowning of established communities and clans. If xenophobia can prevent us from recognizing Christ’s face in that of the stranger, then xenophilia keeps us from seeing it in our own kith and kin. If it is uncharitable for me to sneer at the Mexican’s poverty, it is likewise uncharitable for me to shrug at my cousins’ anxieties. Those who believe themselves above primitive nativist loyalty should take care, lest they be discovered worse than infidels for falling short of it.

In guarding against one extreme without having given thought to the other, the Southern Baptist leadership has demonstrated its stance on “family values” to be little more than a futile and hollow pose, for people who will not honor their ancestors will sooner or later lose interest in their descendants, too. Such people will without hesitation erase the former’s memory to make way for Babylon, just as they will snuff out the latter in utero.

A Note on Immigration