Launched in 2014, Front Porch Republic Books publishes works about place, localism, community, decentralism, and conservation. Titles include significant works on politics, economics, and culture, as well as new editions of previously published works that deserve a new audience. Other titles provide practical advice on how to enact and embody a localist ethic. FPR Books’ managing editor is Jason Peters, and its editorial advisory board includes such prominent public figures as Andrew Bacevich, Rod Dreher, Richard Gamble, and Walter McDougall. Book proposals may be sent to Jason Peters.

If you’re interested in other books written by FPR authors (and in supporting FPR with your book purchases), you can browse our page at Bookshop.

In the United States the conventional left/right distinction has become increasingly irrelevant, if not harmful. The reigning political, cultural, and economic visions of both the Democrats and the Republicans have reached obvious dead ends. Liberalism, with its hostility to any limits, is collapsing. So-called Conservatism has abandoned all pretense of conserving anything at all. Both dominant parties seem fundamentally incapable of offering coherent solutions for the problems that beset us. In light of this intellectual, cultural, and political stalemate, there is a need for a new vision.

Localism in the Mass Age: A Front Porch Republic Manifesto assembles thirty-one essays by a variety of scholars and practitioners—associated with Front Porch Republic—seeking to articulate a new vision for a better future. The writers are convinced that human apprehension of the true, the good, and the beautiful is best realized within a dense web of meaningful family, neighborhood, and community relationships. These writers seek to advance human flourishing through the promotion of political decentralism, economic localism, and cultural regionalism. In short, Front Porch Republic is dedicated to renewing American culture by fostering the ideals necessary for strong communities.

See the Table of Contents and read the Preface. 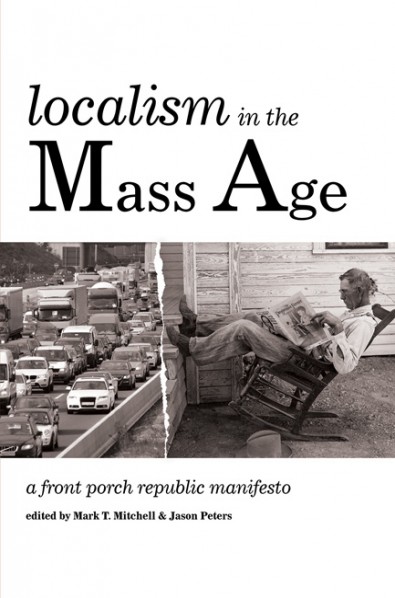 Wendell Berry thinks of himself as a storyteller. It’s somewhat ironic then that he is better known as an essayist, a poet, and an advocate for small farmers. The essays in this collection consider the many facets of Berry’s life and work, but they focus on his efforts as a novelist and story writer. Indeed, Berry had already published three novels before his seminal work of cultural criticism, The Unsettling of America, established him as an ardent defender of local communities and sustainable agriculture. And over the past fifty years, he has published eight novels and more than forty-eight short stories set in the imagined community of Port William. His exquisite rendering of this small Kentucky town challenges us to see the beauty of our own places and communities and to tend their health, threatened though it inevitably is. The twelve contributors to this collection approach Berry’s fiction from a variety of perspectives—literary studies, journalism, theology, history, songwriting—to shed light on its remarkable ability to make a good life imaginable and compelling. The first collection devoted to Berry’s fiction, this volume insists that any consideration of Berry’s work must begin with his stories.

See the Table of Contents and read the Introduction. 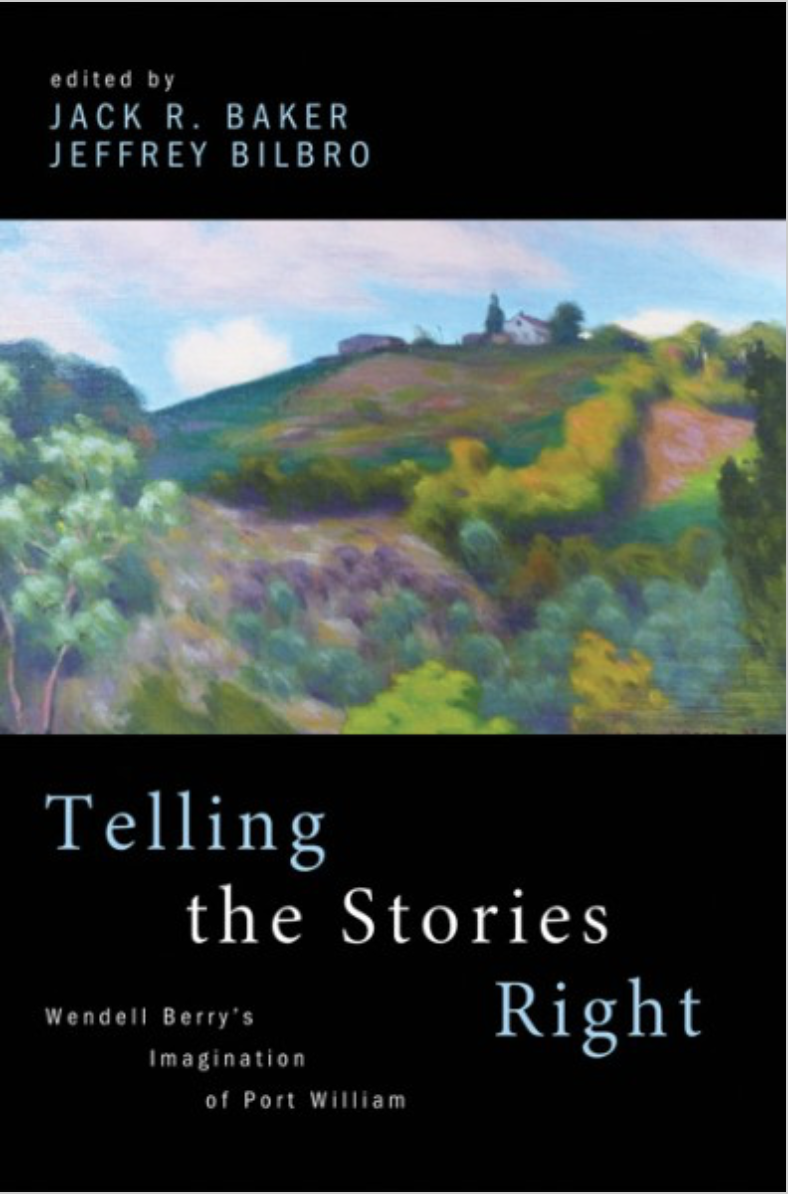 Poetry Night at the Ballpark and Other Scenes from an Alternative America: Writings, 1986-2014
By Bill Kauffman

Bill Kauffman has carved out an idiosyncratic identity quite unlike any other American writer. Praised by the likes of Gore Vidal, Benjamin Schwarz, and George McGovern, he has, with a distinctive and slashingly witty, learnedly allusive style, illumed forgotten corners of American history, articulated a defiant and passionate localism, and written with love and dark humor of his repatriation.

Poetry Night at the Ballpark gathers the best of Bill Kauffman's essays and journalism in defense and explication of his alternative America--or Americas. Its discrete pieces are bound by a thematic unity and propulsive energy and are full of unexpected (yet startlingly apposite) connections and revelatory linkages. Whether he's writing about conservative Beats, backyard astronomers, pacifist West Pointers, or Middle America in the movies, Bill Kauffman will challenge, maybe even change, the way you look at American politics and the American provinces.

Read an interview with Bill about this book. 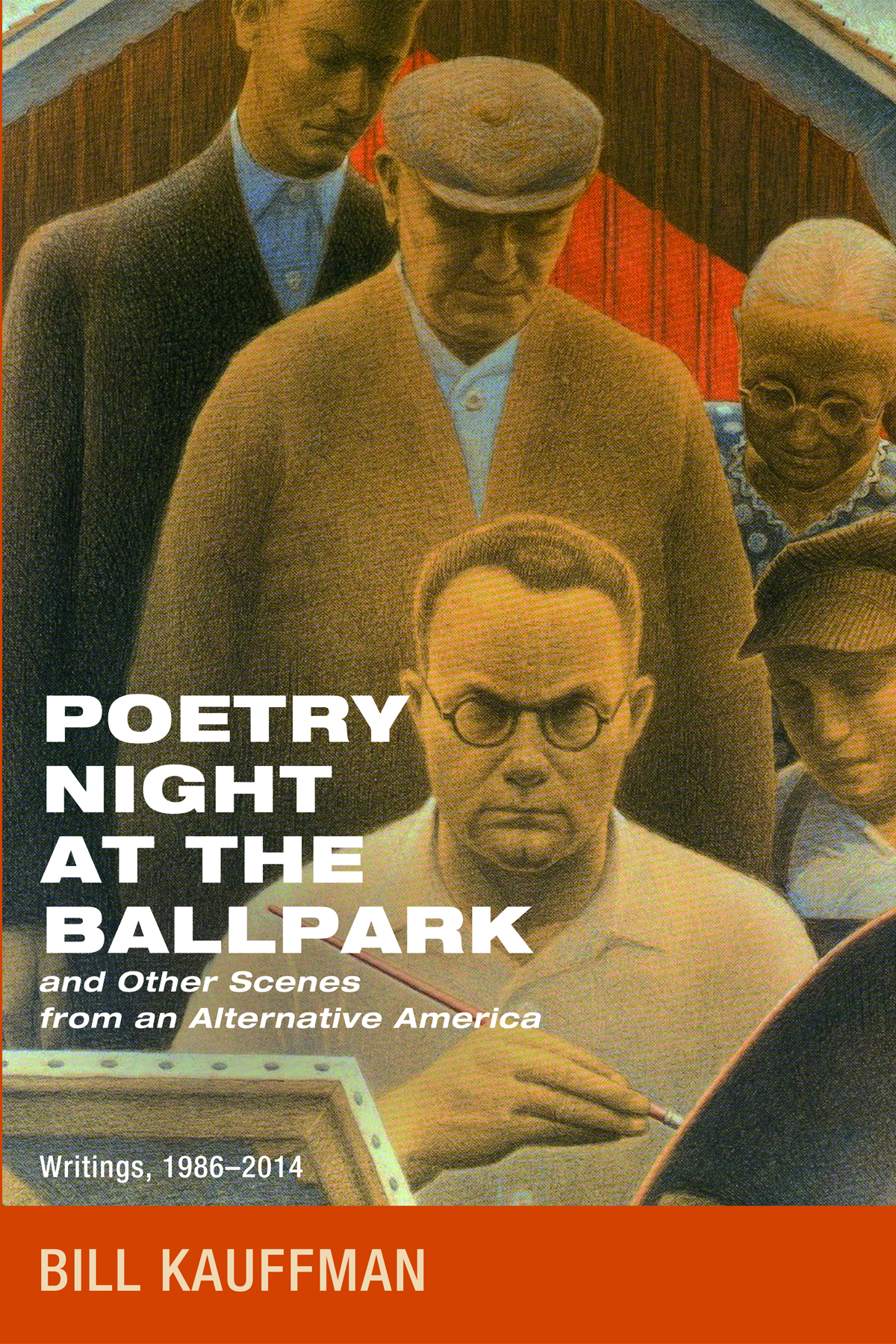 America Moved: Booth Tarkington's Memoirs of Time and Place, 1869-1928 brings together for the first time all of the autobiographical writings of Booth Tarkington, one of the most successful and best-loved writers in American history. These are the memoirs of one of America's greatest literary figures--and one of the keenest interpreters of American manners and mores.

During his lifetime, Tarkington was immensely popular. From 1902 to 1932, nine of his books were top ten bestsellers, The Magnificent Ambersons and Alice Adams won Pulitzer Prizes, and Tarkington's Penrod stories became widely recognized as young-adult classics.

America Moved demonstrates that Tarkington's writing and powers of social observation stand the test of time. Written in a genial, easygoing style, America Moved gently but consistently interrogates the values of the new commercial-industrial age, especially its obsessions with speed, growth, and efficiency. The humane skepticism Tarkington directs in these pages toward the automobile, sprawl, and the cult of Progress identifies him as a voice quite at home in the twenty-first century.

America Moved will delight readers with an enjoyable eyewitness account of the vast social and cultural changes that transformed America between the Civil War and the Great Depression. 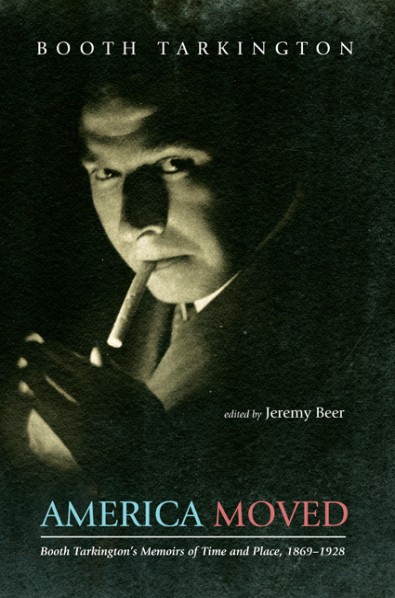 The Demise of Virtue in Virtual America: The Moral Origins of the Great Recession
By David Bosworth

Although the financial disaster of 2008 proved devastatingly quick, the evolution of the bad faith that drove the collapse is a more gradual story, and one that David Bosworth powerfully narrates in The Demise of Virtue in Virtual America: The Moral Origins of the Great Recession, his sweeping history of the forces driving ethical, political, and economic change over the last sixty years. Here, Bosworth traces how the commercialization of public spaces and electronic information has created a new and enclosed American place. Chapter by chapter, he then shows how the materialist values of this Virtual America have suffused our everyday lives, co-opting the themes of our narratives, the planks of our parties, the practices of our professions, and the most intimate aspects of our personal lives, including our beliefs about God, marriage, and childcare. From Ronald Reagan and Disneyland to modern pharmacology and "prosperity theology," from the phony conservatism of Wall Street to the faux rebellion of "transgressive" art, Bosworth's alternative story of American life since 1950 relentlessly challenges today's dominant narratives--narratives that, as he reveals, made both the calamitous invasion of Iraq and the economic collapse of 2008 all too likely. 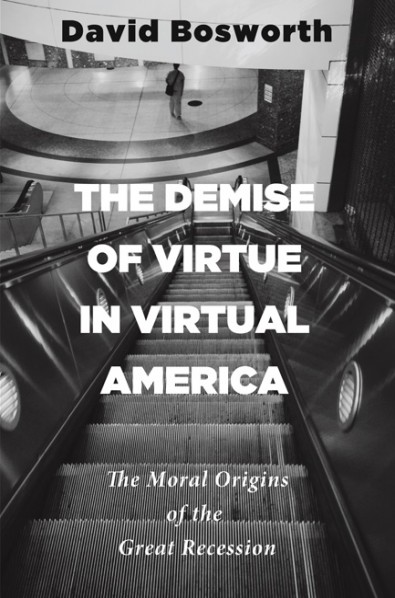