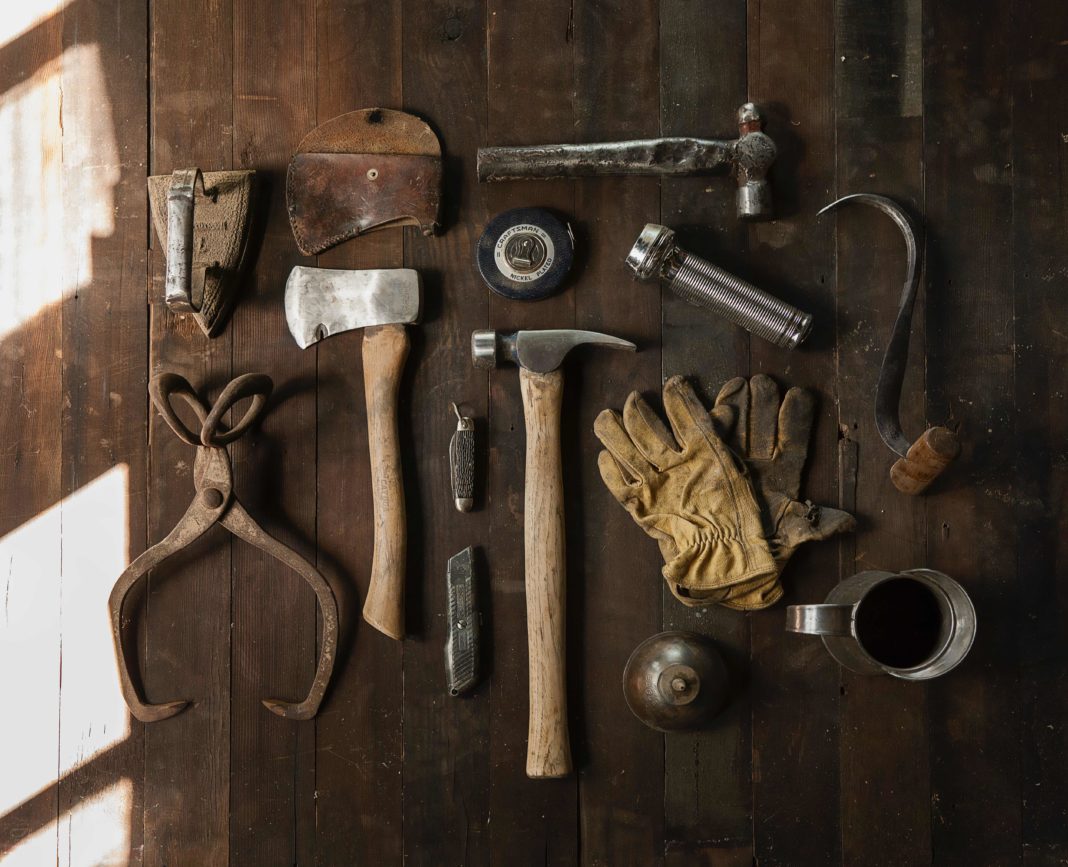 What follows is an excerpt from the latest book published by FPR Books: Durable Trades: Family-Centered Economies That Have Stood the Test of Time. Rory Groves provides a practical guide to the opportunities that remain for meaningful work. As Allan Carlson writes about this book, “Mr. Groves recovers a profound truth: a job is not an end in itself; it is rather one means—and only one means—toward building a rich and satisfying life, toward human flourishing.”

After moving to a hobby farm several years ago, I began researching alternatives to the career path I have been on most of my life. Our experiences here with farming, stewarding land, and raising animals (and children) have stirred a deep desire in me to spend more of my time building things that will last. As a computer scientist, I have seen my share of obsolescence. Nothing can be more temporary than what comes out of Silicon Valley. I vividly remember my first day as a self-employed computer consultant many years ago, bright-eyed and cheery, working for myself for the first time. My client had hired me to help with a custom software project and had given me a tour of the sprawling dot-com startup’s headquarters with its few hundred employees. The supervisor showed off the free soda machines, communal working environments, and break rooms replete with ping pong tables and other games. I was told about a forthcoming jumbotron on which movies would be screened every Friday afternoon. The next day everyone was laid off. Including me. It was the beginning of the dot-com collapse.

That experience, so early in my career, was formative to me in understanding how disposable we all are in the modern economy. We live in a time when companies employ “planned obsolescence” to make sure things they produce wear out and need to be replaced, so we need to keep earning money to buy the replacements. Even things that do not wear out on their own become targets of obsolescence by their manufacturers, as was discovered with older-model iPhones: Apple was deliberately degrading performance in order to force customers into newer versions (or so the 32 class-action lawsuits in the U.S. claim).[1]

And, increasingly, people are becoming obsolete. It is said the average person will work seven careers in his lifetime, which means he switches careers about every five to seven years. According to the Bureau of Labor Statistics, a worker will switch jobs within those professions every 2.5 years.[2] If it takes roughly five years working full-time to become an expert in a given skill, it is doubtful that all of these people are voluntarily choosing to abandon their professions at the peak of their ability. For many, if not most, this way of life is forced upon them. Indeed, a person in my field who does not continuously retrain will become obsolete in about three years.

We are told to be good consumers, which means using things up and throwing them away. We are told that this is the foundation on which our prosperous economy depends. But we’re a long way off the normative flow of history, in which self-reliance was the rule and where handmade furniture and tools were passed down for generations because they were made to last for generations.

When things broke down, they were fixed. What couldn’t be fixed was used elsewhere. Garbage trucks did not pick up 96-gallon bins every Tuesday and bring them to landfills, because nothing was thrown out. Neither were people disposable. A person’s worth was not the net total of his paycheck. Children were viewed as gifts from God and the elderly revered as the wellspring of wisdom. Everyone from cradle to grave had value and purpose and was needed by the community if the community were to survive.

Careers didn’t become obsolete every half-decade. They lasted for hundreds of years. There was no need for perpetual purchasing because people knew how to make virtually everything they needed, and make it well. “Up to 1840, boot and shoemaking was wholly a handicraft,” note historians at the U.S. Department of Labor in 1928. “Shoemaking could be performed adequately . . . by any frontier farmer in his colonial kitchen.”[3]

In his book The New Agrarian Mind, Allan Carlson writes about pre-Industrial life in America: “Before 1840, homespun cloth, homemade clothes, hand-wrought furniture, domestically produced candles, and home educated children were the rule, in city and countryside.”[4] Of these people Thomas Jefferson wrote in 1785: “They are the most vigorous, the most independent, the most virtuous, and they are tied to their country and wedded to its liberty and interests by the most lasting bands.”[5]

In the course of researching this book, I have had difficulty finding comparative wage data and living standards for pre-Industrial professions. Farming, though idealized by Jefferson, is not even listed as an occupation in The Statistical Abstract of the United States 1752–1885, despite the fact that the vast majority of people were farmers during that period. To the industrialists, money was the only measurement, and whatever could not be measured was not worth mentioning.

With the Industrial Revolution, efficiency became our highest virtue, and with it generational stability collapsed. The factory replaced the family as the primary means of sustenance. Opportunity for apprenticeship, relationship, and cross-generational continuity of values and culture disappeared.

Is all this simply romanticizing the past? Don’t we live vastly wealthier lives today? I guess it depends on how you define wealth. In terms of material abundance, yes, we are vastly richer than our forebears. But it’s hard to put a price on self-sufficiency. In terms of relationships to each other, to the land, and to God, our forebears were much richer than we. In The Benedict Option, Rod Dreher writes, “The long journey from a medieval world wracked with suffering but pregnant with meaning has delivered us to a place of once unimaginable comfort but emptied of significance and connection.”[6] If quality of life consists merely of the abundance of possessions, if one’s value to society is based solely their productive capacity, if money, things, careers and people are perpetually becoming obsolete, what have we profited by gaining the whole world?

In Durable Trades, I outline how our modern way of life is resting on fragile foundations and discuss a few of the many challenges that lie ahead (Part I). I also present a catalog of what I call Durable Trades: historical, family-centered professions that have survived some of the worst upheavals in history—and are still thriving today (Part II). To each trade listed I assign a score based on metrics such as historical stability, family-centeredness, and resistance to automation (the complete list of criteria can be found in the Appendix). Finally, I offer some reflections on this research and discuss how families can prepare for an uncertain future by examining the past (Part III).

I intend this work to be a starting point. Family-centered trades are not only the most durable throughout history; they are also the ideal context by which parents can pass their values, faith and culture on to the next generation. My hope is that this book inspires readers in some way to begin building a lasting inheritance for their families.