To read future issues of Local Culture: A Journal of the Front Porch Republic, please subscribe! 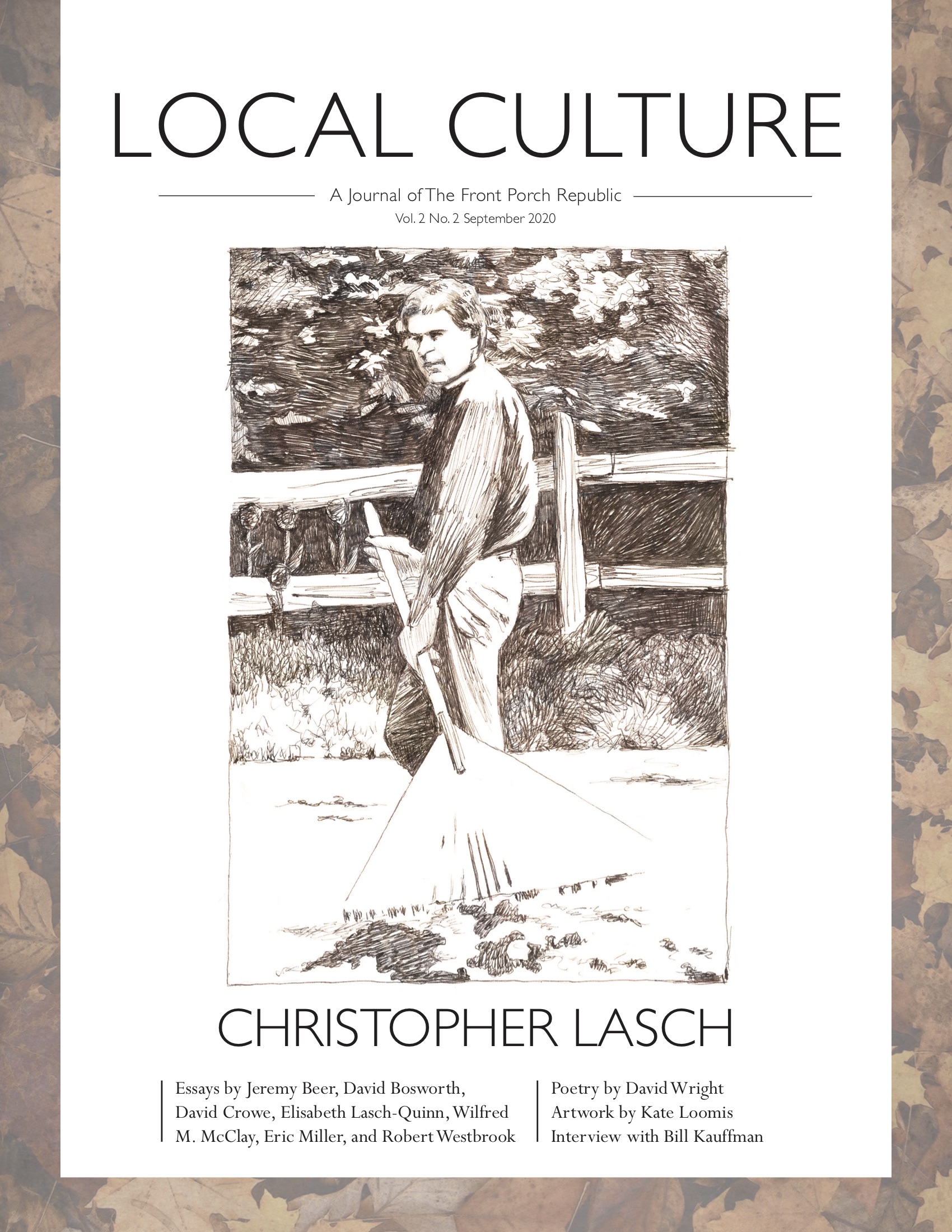 Revolt of the Elite, Revenge of the Resentful by David Bosworth

Christopher Lasch: Death and Dying in a Front Porch Republic by Robert Westbrook

A Tribute to Christopher Lasch, the Undergraduate Teacher by Robert Westbrook

A Peek in the Window: Reminiscences About My Father by Elisabeth Lasch-Quinn

Equity and Equilibrium: The Political Economy of Distributism by John C. Médaille

"Trees" and "Virtue of Tools" (poems) by Jeffrey Bilbro

The Problem of Eric Gill by Jeffrey Polet

The Violence at the Heart, Reflections on the Agrarian Metaphor by John V. Glass III

Hilaire Belloc's Distributism: A Commitment to Place by Ryan Hanning 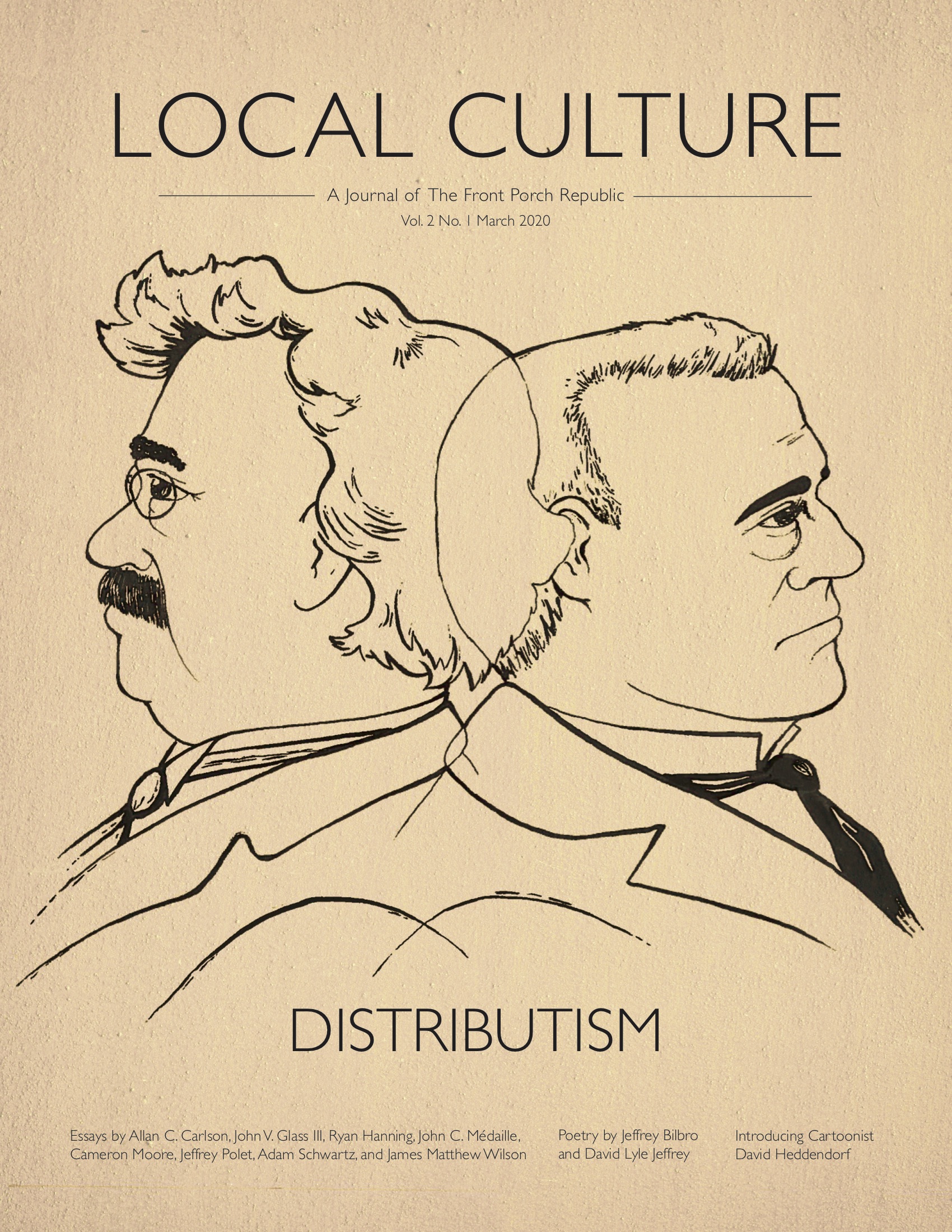 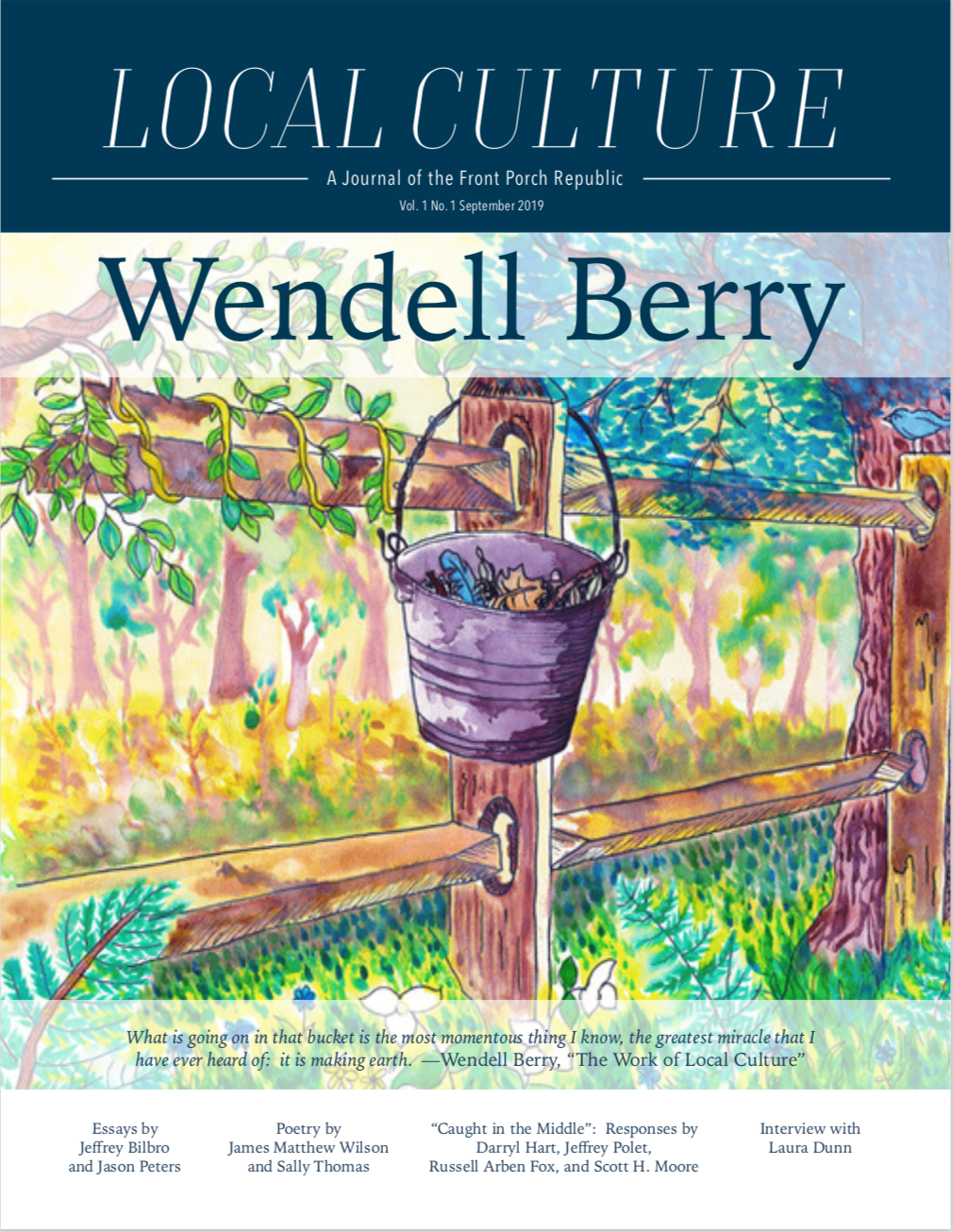 Putting Two Things Back Together by Jeffrey Bilbro

"The Hermit as Work of Art," "Riddle," and "Current" (poems) by Sally Thomas

The Making of Look and See: An Interview with Laura Dunn by Laura Dunn and Jason Peters

Berry Has a Point by Darryl Hart

By Their Fruits Ye Shall Know Them: On the Species by Jeffrey Polet