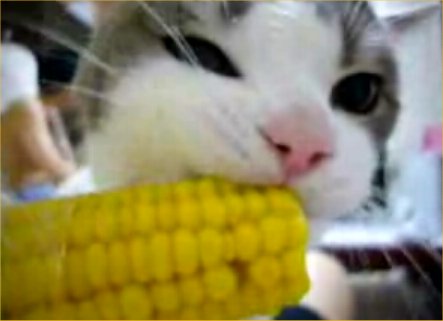 I like my beer hoppy and among the better India Pale Ales I have encountered are Smutty Nose from New Hampshire and the Russian River Brewery in California. The problem of late for IPA drinkers is that the prices have escalated. The culprit is the government’s effort to reduce our dependence on foreign oil by making us dependent on home-grown corn. The market for ethanol has prompted some farmers – at least this is what my beer distributor tells me – to switch from growing hops to cultivating corn.

A recent post at the Historical Society’s blog, “Corn in the USA,” by Heather Cox Richardson reminded me of my grudge against the fed’s whenever I buy a case of beer (at least). It is a brief overview of the history of corn growing since Christopher Columbus with useful pointers on federal agricultural policy since the 1970s. Among the unintended consequences of federal subsidies of corn are these:

The flood of cheap corn had a number of dramatic effects.

It has involved the government deeply in agricultural production. As the price of corn dropped, the only way for farmers to survive was to plant more and more, so they could collect more subsidy money. Farm subsidies now run over $12 billion a year. Government statistics don’t easily reveal how much of that money goes to corn growers, but, according to the USDA, 97% of the farms that grow grain collect subsidies, and 90% of grain growers produce corn.

It has cemented the power of agribusiness. More than 60% of subsidy money goes to big growers. The push for production favors agribusiness, which can exercise huge economies of scale. (Nixon and Butz not only foresaw this move, but encouraged it because they believed it would keep prices down.)

Cheap corn has also changed the way we eat. It finds its way into most of the foods in American supermarkets, as high fructose corn syrup (HFCS) into soda and processed foods, of course, but also into less obvious places like beef, since corn was so cheap cattle growers began to use it to feed animals that had always fattened on grass. The raft of organizations concerned about America’s obesity epidemic have pointed to the ubiquity of cheap corn as a key ingredient in our increasing health problems.

It has also most likely changed recent demographics. Researchers speculate that heavily subsidized US corn has combined with NAFTA to disrupt rural Mexico, where small farmers can’t compete with cheap US corn. They have left rural regions to move to cities in Mexico, and while no research has been conducted on cross-border migration, it seems likely that displaced farmers are making their way to US farm operations to find work.

If you want a reason to reach for a beer, read this piece, preferably at a bar featuring IPA’s during Happy Hour.

Our Special Today is Spleen