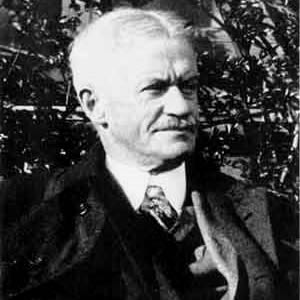 Washington, Ct. Classics are called such for a reason. They endure. Quite by accident frequently, for as any condemned intellectual knows, the most marketable idea prevails within the lifetime of the average intellectual, regardless of merit. Marketability does not always coincide with good sense; quite the contrary. Rub against the grain and you will harvest splinters big and small in order to distract from the prevailing poverty of your sanctimonious existence.

Once in a great while, however, a horse surprises and the race arrives at a salubrious conclusion enjoyed by all. Such is the standing of the redoubtable Washington Irving, one of the first pestiferous writers of the young republic to receive wide acclaim in the bosom of our beginnings, for very good reason.

He was that most American of literary freeholders, a foursquare wag. There was no eye-socket immune from a proper poke. Needless to say, it was not an acid poke like those of today but one clad in velvet and always delivered in good humor. We forget this vital service at peril, for there is nothing quite so pathetic as the level of insult offered today. Insults are so copious and obvious today that they fail to induce the kind of introspection and appraisal required of a professionally deft insult. Worse yet, insult today has largely abandoned its most durable component, that of comedy. An example of a comedic insult should be stuffed and installed next to the Dodo in the American Museum of Natural History, for this form of discourse has expired and is now only useful as a museum exhibit. The media commentary today is nothing so much as the charwoman tossing the piss pot out of the second floor window as the lecherous Lord admires her behind from the bed. Insult has gone plebian and more than a little sordid. John Stewart and his pal Colbert attempt to stem the trend, but even with them the criticism is more destructive than productive, no matter how much I enjoy their efforts. It would seem that their comedic efforts are a vanishing oasis in a widening desert. Of course, the conservatives seem to think they can survive without water.

One must be intelligent to be professionally humorous; similarly, one must possess a significant sense of humor to possess a worthwhile intelligence. Unfortunately, intelligence is now passé. Humor, as a result, is grasping and altogether too full of pratfalls. Many of our cultural icons are largely devoid of humor, or perhaps fearful of its bite, and so the leadership of our society is profoundly arid and lacking the human gift of humor.

We are, indeed, a feckless culture flying the Happy Face Flag while wallowing in despair and losing our sense of humor for anything but the act of someone stumbling and falling across our line of sight.

But we still posses our classics, and with these classics the voices of a sterner yet far more evocatively humorous America can be recovered.

Americans did not always need to be self-consciously evocative. A few decades ago, we simply needed to live our lives and with this rich sum, an evocative result was not hard to achieve. In fact, the harder it was, the better we did. As a result, the globe tilted our way. We became an object of veneration. Envy did not yet stalk us so. Unfortunately, we forgot our better angels.

Hubris in victory has stalled us. The perishable one-sided myth of the human consumer did us in. Imperialism has played our hand. Fear and Loathing has us by the short hairs. A better people would not be gripped so much by fear.

Enter Washington Irving, out of the mists. My own particular volume of The Knickerbocker’s History of New York is sternly edited from the original, and as recompense, copiously illustrated by James Daugherty in the year 1928, just before the prior economic catastrophe that seems to be our modern touchstone reared its ugly face.

The volume tells the story of an enormously lucky people from the Netherlands, ultimately defeated by Puritan opponents who coveted their Catbird Seat. Irving frequently referred to the old Burghers as whiffing their pipes and nearly somnolent in the government chambers while the life of the redoubtable colony soared along briskly until a more determined foe came along. If you have not yet read this classic tale, do yourself a favor and read it now. There are still strong strains of the Knickerbocker penchant for unexcitable government that we moderns would do well to revisit. The Knickerbockers cared for their own ground but were defeated by those who restlessly covet whatever other ground they do not now inhabit. Repose, it seems, is a difficult thing to protect. Covetousness, the leitmotif of the New World consumes all in its path. My copy of this 1928 edition of Irving’s tale, copiously illustrated with wonderful abundance is a touchstone of sorts, a touchstone reminding me of the more relaxed end of the foment of liberty which underpins our history upon this continent.

Irving’s old Dutch Burghers put me in mind of Albert J. Nock, the old anarch whom William Buckley Senior invited to his Connecticut dining table in order to inform Bill Jr. and his brother James about the stubborn hazards of government. Nock was an avowed anti-collectivist and an early proponent of the idea that we should always be suspicious of the State and its propensity to scapegoat whatever might lie in its clutching path toward unobtainable utopia. Nock saw that the oriental penchant for totalitarianism could easily be transported to our shores and so he spoke forthrightly about it and was vilified as a result. Needless to say, part of this vilification was due to his sharp rebuke of militaristic imperialism. He decried a “universal faith in violence” and his prudent skepticism about the downside of the New Deal and America as International constable has resulted in his relegation to a status as just another crank on the road to a Better State. Nock referred to those that understood the Framers as “Remnants.” These so-called “Remnants” are damned important.

We inhabit a world of caricatured rhetoric now. As much as I deride the concepts of “post-modernism” and Baudrillard’s notion of the “Hyperreal,” I am inexorably drawn to the unfortunate logic of them by default. When dispassionately looking at the current scene, one is seductively drawn to the philosophy of the post-modernist and our sorrowful state embodied in the notion that the “medium is the message.” With each passing year of increasingly bizarre cultural behavior, Baudrillard’s theatrical declarations become more plausible and this should give pause. We deny our Totalitarian drift at distinct peril.

So how does one come to grips with the dilemma at hand? We delve into history, that thing the proud Post-Modernists claimed to have ended.

Susan Dunn, professor of literature at Williams College wrote a book published in 1999 by Faber and Faber entitled Sister Revolutions: French Lightning and American Light. This lovely little volume compares and contrasts the essential nature of the two most enduring revolutionary efforts of our time. The Americans, heir to the Constitutional Monarchy of Great Britain, are the most politically adept, if cautious, of revolutionaries while the French deploy a kind of intellectual arrogance that flirts with hyperbole and the outright fraud which so frequently dogs the realms of ideology. We hardscrabble Americans possessed a Madison while the French possessed their Robespierre. Robespierre, of course, employed the guillotine.

The Federal District, at long last, is now awash in French Revolutionary thinking. It is doctrinaire, ideological, frequently savage, dismissive of opposition and entirely too enamored of the feckless ideas embodied in utopia. It venerates itself, talks over any other line of thinking and rewards itself for its connections. Liberte’, Egalite’, and Franternite’ is a cynical cover for entrenched interests who have grown under cover of our imperial ambitions. If the Congress could find it legal to erect a guillotine, I’m quite confident, in the current atmosphere, it would. Perhaps Halliburton would build it and sub-contract skull removal to KBR in a manner consistent with regulations.

Meanwhile, beyond the Beltway, the American people smell a rat. Raised in public schools with a prettified depiction of our revolution, we as a people still retain rudimentary ideas of “Remnant” thinking. The elevation of the importance of the office of the presidency, coupled with a decline in appreciation for the deliberative form of our government, has resulted in a catastrophic erosion of “Remnant” thinking. The rhetoric of the presidential campaign leads one to believe that if you elect any of these lackluster candidates, a switch will be flipped and all will be made right.

Nothing could be further from the truth. The very notion that we need a President to save us should be anathema to anyone who appreciates the power of our historical experiment. The President was equal parts servant and leader, the President executed the resulting will of a Congress that was servant to the will of the people. How charming a conceit. How revolting that “We the people” have abdicated our responsibility.

It seems rather unimaginative to pull out the canard of “old Europe” to discredit our current political misfortune. But this is not a matter of American vs. European politics. It is more a matter of America against itself. We are failing to keep in touch with what made us such a dynamic and productive culture. The perceived obligations of empire are drawing us backwards into territory we once shed blood to free ourselves from. Party Politics distract us from the reality that we are all now quite counter-revolutionary and punching the noses of those we would have laid in the trenches with once, checking windage against the assaults of despotic opponents who would seek to destroy our liberty.

If this lovely experiment is to survive, “Remnants” need to brush the dust off and regain their wit, and then use it. Another half-generation of amnesia regarding the American Experiment and it shall be fully done, lost to the hollow serenade of “change.” We’ve all encountered beggars of spare change in our lives. We can either toss a couple of coins in their cup and walk on, or set to work eliminating the conditions which cause beggars to grow by the day.