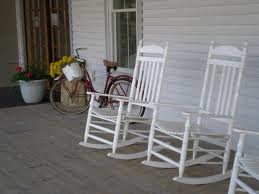 Hidden Springs Lane. The notion of scale should be an integral part of the conversation when we consider matters of economic and political import. Unfortunately, this is generally not the case. In fact, the language of scale has for a long time been virtually ignored. There are, however, good reasons to think that this long oversight may be changing. In fact, there is good reason to believe that in the near future we will be compelled to think in terms of scale whether we want to or not.

The concept of scale was once hotly debated in America. During the ratification of the U.S. Constitution, opponents pointed to the extent of the proposed republic and argued that it was simply too large. Following Montesquieu, the anti-federalists insisted a republic must be modestly scaled. A large republic was thought to be a contradiction in terms. In short, republics were small, empires were much larger. However, in Federalist 10, James Madison famously argued that the problem of faction, so dangerous to small republics, could be mitigated by expanding the size of the republic and thereby render factions less effective. Of course, Madison’s “extended republic” consisted of 13 colonies along the eastern seaboard and roughly three million inhabitants. It is tempting to wonder if Madison, himself, would have thought that a republic of 300 million inhabitants stretching across the continent with military bases scattered around the world was a viable enterprise. In other words, while Madison thought that an extended republic was the answer to the vexing problem of faction, did he acknowledge an upward limit?

Thomas Jefferson believed that the strength of the nation would be tied to the ownership of small properties. As he put it, “it is not too soon to provide by every possible means that as few as possible shall be without a little portion of land. The small landholders are the most precious part of a state.”

Small republics, small landholders. These concepts were in the air at the American founding, but by the time the 20th century lumbered around, such language had largely fallen by the wayside. The Austrian economist Wilhelm Röpke argued that the 20th century is enamored with what he called “the cult of the colossal. Here’s Röpke:

The cult of the colossal means kowtowing before the merely “big”—which is thus adequately legitimized as the better and more valuable—it means contempt for what is outwardly small but inwardly great, it is the cult of power and unity, the predilection for the superlative in all spheres of cultural life. . . . To this style of the time correspond, in equal degree, the unexampled increase in population, imperialism, socialism, mammoth industries, monopolism, statism, monumental architecture, technical dynamism, mass armies, the concentration of government powers, giant cities, spiritual collectivism, yes, even Wagner’s operas. Since the cult of the colossal reduces qualitative greatness to mere quantity, to nothing but numbers, and since quantity can only be topped by ever greater quantity, the intoxication with size will in the end exceed all bounds and will finally lead to absurdities which have to be stopped.

Our demand for cheap food has resulted in a food industry geared toward producing as much as possible for as little as possible. Quantity trumps quality (pink slime, anyone?). As a result, the quality of the food and the quality of the lives of the animals that become food are summarily ignored. In turn our predilection for the super-sized has manifested itself in our food portions, and the result is a nation where obesity is rampant and the resulting health-care costs uncontrollable.

Our predilection for having more than we can afford has resulted in a national debt that is beyond what most of us can imagine. The collusion between big government and big business has produced a power structure of a magnitude that seems impervious to the will of the people. Does anyone really believe that Congress has the will, much less the ability, to end too big to fail, to break up the banks, and to champion a true ownership society?

Our mammoth national government, comprised of overlapping and competing agencies, seems simply incapable of serious reform due to deeply entrenched interests and a momentum that appears unstoppable. Does anyone really imagine that the recent IRS scandal will result in significant reform of the tax code? Does anyone think that the recent revelations about the NAS’s PRISM program will result in scaling back the surveillance state?

The bad news is that these problems seem beyond solving. Or at least the will to truly deal with them seems to be lacking. There are, however, two bits of good news suggesting that a more human scaled future may be on the horizon.

1. The rise of the new localism suggests that people on both the right and the left are beginning to grasp that the place to start is close to home. By seeking to produce some food, patronize local businesses, by practicing the neighborly arts, Americans are working against the cult of the colossal that typified the 20th century but whose demise may be close at hand. When we realize that limits are a part of the human condition, we will simultaneously acknowledge that thinking and acting in terms of human scale is the means by which propriety in living is achieved. This shift, now in its nascent stages, may well represent a water-shed moment in our history.

2. Necessity may force the question of scale upon us all. A change in consciousness brought about by recognizing a superior path is one way to bring about needed reforms. Another, much more painful, means to the same end is through the collapse of forms and institutions under the weight of their own excesses. The term “unsustainable”, if it means anything, indicates that a current practice cannot continue indefinitely. The language of sustainability is emerging now only because so many of our systems are unsustainable.

A collapse into a more sustainable future will not be pleasant. Chances are that we will experience a combination of intentional changes and unintentional collapses. To the extent that we embrace the former we can mitigate the latter.