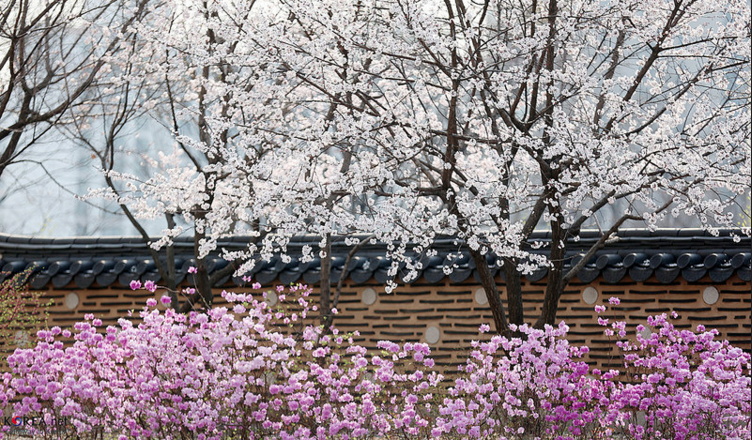 The view from above was one of devastation, even if it was the pregnant devastation of a construction site that is not what it will finally become. The leafy green grove of a few days before was a sea of brown dirt and broken concrete, but, thankfully, not one marked by an archipelago of stumps. Instead, the trees that once stood there were taking joy rides all over campus to new homes, both permanent and temporary. The scene played out from the landing of my second floor apartment used to house visitors to the Handong Global University, a twenty year old venture of faith that lives up to its name by hosting students from around the world, even if the vast majority still came from its native South Korean soil. From this perch, I could look down beyond the sheet metal barricade designed to shield from sight what was and what was to be.

Two years prior, another construction zone had launched me to this place. Like South Korea, Hillwood Square was the product of a world at war — a home to those who, just outside of the nation’s capital, made torpedoes that would be aimed at Japanese destroyers. What was at the time deemed “temporary housing” would last another 70 years as an owner-occupied cooperative until chronic mismanagement and a lack of vision would catch up to the simple town homes set amid what was by then was an urban forest of oaks, hickories and dogwoods. Most valuable as land to be redeveloped, and facing millions in infrastructure costs just to maintain the status quo, we owners eventually turned over our keys to the forces of progress. The best of imperfect options, the gentle nudge of the bulldozer at least sent me on my way with enough spare change to follow a dream to write and teach.

Staring at another set of backhoes and earth movers, I reflected on how the writing had not taken me as far as I had hoped — publishers do not seem to concur that being a Christian, a conservative, and a tree-hugger is Not an Oxymoron as my working title proclaims. (I suppose they rightly surmise oxymoronic books do not fly off the shelves.) But the teaching had brought me farther than I would have imagined — across the Pacific, to an unlikely outpost of Evangelical education, one that (oxymoronic though it may seem) even teaches the American legal system in a foreign land.

The Handong International Law School is an institution led by a globetrotting Midwestern dean with a soft spot for localism and plenty of Wendell Berry on his bookshelf. Having taught a short course a few months prior, I was back on the shore of the East Sea as part of the mutual discernment process to see if a longer term transplant would be in order.

A trip to a nearby Buddhist temple surrounded by sinuous pines and oaks that have survived many trying years reminded me that Korea is a place of perseverance and deeply rooted traditions. Along the road to the mountain retreat — one filled on weekends but virtually deserted on a Thursday afternoon — acorns were being soaked, mashed, strained, and formed outside the mom and pop shops into an end product that resembled a dark tan block of tofu. In little corners of the country like this, connections to the land and the past run deep. Elsewhere, though, the population is striving for a very different vision of the good life.

Located near where General Douglas MacArthur brought waves of Americans ashore and turned the tide of the Korean Conflict, the Incheon International Airport today doubles as a high end mall. Stores like Hermes and Tiffany cater to an Asian audience with a taste for Westernized luxury. Upstairs, the cultural ministry has prepared a collection of ancient art and pottery that one can enjoy virtually unencumbered, while below crowds bustle around the treasures of Louis Vuitton.

For the Koreans excitedly trying on three figure sunglasses and grabbing bottles of Johnnie Walker Black, the motto could well be “Live Modern. Live Up.” That’s the tagline of Avalon Falls Church, a new luxury apartment complex that features an impressive fitness center and a dog spa. Their clubhouse includes a trendy gas fire place that is perpetually ablaze, even on 95 degree days, but there is no sign of the old aerial photograph and wartime honor roll that the developers assured would be displayed to maintain a respectful link to the past.

Gone too were all but two of the dozens of trees that once shaded the residents of Hillwood Square. Months prior the site had looked like a moonscape, but on my most recent visit, the buildings were up and crews were busily planting new saplings and shrubs that would, in a half century or so, resemble those that had been cut down. In someone’s mind this made economic sense, but turning over your thinking completely to the Almighty Dollar has its off-the-books costs.

South Korean Christians too are beginning to realize that while the prosperity their nation has achieved certainly beats the privation to the north, it brings its own set of perils. At a weekly chapel service, the pastor of a large church spoke with conviction to the university faculty about the dangers of materialism, bemoaning that the church itself had taken on the values of the financially striving society around it. Combining themes that would rarely flow from the same pulpit in red versus blue America, the minister also bemoaned a cultural trend towards normalizing homosexuality, efforts that have become more public and pronounced in the wake of the United States Supreme Court decision. (Justice Kennedy is indeed the swing vote heard around the world.) Yet, the love of money, rather than a warped vision of erotic love, was, for him, the far more insidious threat.

“Life is More Important than Money” is the theme that his congregation is trying to popularize city-wide. As bumper sticker theology goes — and there were indeed bumper stickers distributed to all — this certainly has more depth than the prosperity-gospel slogans like “Your Best Life Now” that draw crowds in the Americas and Africa. While the pastor had as his primary inspiration a ferry disaster where the desire to maximize profits and an unwillingness to admit mistakes helped to kill hundreds of high school students, the treatment of less valuable living things like trees are can also serve as a kind of canary in the coal mine.

At the high dollar Incheon Airport, trees were essentially reduced to begging for spare change. A somewhat tattered fundraising canister proclaimed “Plant a Tree, Save our Earth.” Across from this receptacle that was about a third full of coins, credit cards were being swiped at Bulgari on merchandise costing thousands. To their credit, though, the people of Handong still have a respect for the value of trees — living creations older than the students that will inhabit the needed new dormitory that is under construction. As part of the centuries long cultural exchange that brought to the Korean Peninsula both the salvation of Christianity and the heightened lure of largesse, the lesson that life is more important than money is one bottom line principle that we on this side of the Pacific would be wise to bring back and heed.

John Murdock is an attorney who writes from Texas (for now) and exists online at johnmurdock.org.

Consider the Forest: A Review of Peter Wohlleben’s The Hidden Life of Trees