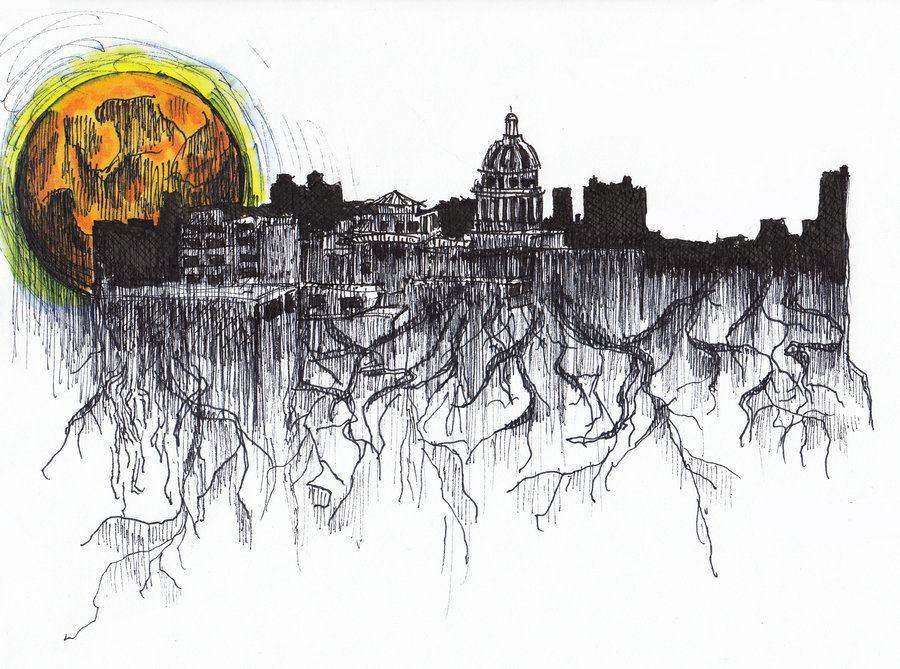 What follows is an expanded version of a talk originally given at the 2016 Front Porch Republic Conference at Notre Dame, where Susannah Black spoke on a panel on Promoting Local Economies; her co-panelists were Philip Bess and Elias Crim. We will re-publish her lecture in 3 parts.

Collegia, that is, guilds, or (by an implied secondary meaning) businesses or nonprofit associations of all kinds, are born out of the need to band together for work, but they are born even more out of friendship. Naturally gregarious, men associate themselves in friendship; naturally non-self sufficient, men work together to accomplish good tasks which they couldn’t accomplish on their own. And these working groups, formalized as collegia, make up along with families, one of the two great realities on which healthy and thriving cities are built. The general law of living together, or symbiotic right, applies both to the city as a whole, and to these sub-groups. As Althusius puts it, the men who form these groups are “co-workers who, by the bond of an associating and uniting agreement, communicate among themselves whatever is appropriate for a comfortable life of soul and body.” They are partakers in a common life, a common good.

This is normative– it is a philosophical description of how communities ought to form, towards the telos of a complete and good human life. But it’s also simply descriptive; there’s nothing foreign about this really; we recognize what he’s talking about. C.S. Lewis notes this kind of thing: it is, he says, the outward-facing friendship of three or more men engaged in the same good endeavor, in contrast to the face-to-face gaze of lovers who look at each other; and Althusius too notes this number: “A minimum of three persons is required to organize a collegium,” and then offers an explanation that comes across as a bit limited and artificial, if it is meant to be complete: “because among two persons there is no third person to overcome dissension.” This is true, but it is not the only reason: Lewis’ explanation runs as follows:

“In each of my friends there is something that only some other friend can fully bring out. By myself I am not large enough to call the whole man into activity; I want other lights than my own to show all his facets. Now that Charles is dead, I shall never again see Ronald’s reaction to a specifically Caroline joke. Far from having more of Ronald, having him ‘to myself’ now that Charles is away, I have less of Ronald. … We possess each friend not less but more as the number of those with whom we share him increases.”

And perhaps there are other reasons for this minimum-of-three aspect of collegia as well.

The groups that form to start businesses or political movements or secret societies, Lewis’ own Inklings, display this collegial dynamic. But I never saw it so clearly as when I was sailing on a schooner out of Pier 17 at the Southern tip of Manhattan a couple of years ago. The particular kind of competitive camaraderie, the desire to both stand out as a good contributor to a common cause and to not show off at the expense of others, the coordination of physical action among a group of people, and the intense sense of loyalty that all this engendered was striking.
This sort of thing could be, after Tolkien, called a fellowship, but I knew it first as a crew. And once I experienced it on the ship, I started to see it absolutely everywhere.

I noticed crews among the groups of ushers at church, as they signaled to each other with nods that it was time to start shepherding people up for communion, and as they stayed late to stack chairs. I noticed crews among street performers as they gave way to each other in the incredibly athletic circus-like acts that you get in New York’s public spaces three seasons out of four, as they marked out a territory of performance space by setting out boom boxes and jackets and donation jars, and by being a little louder than is appropriate. I noticed crews in repair guys who take the covers off manholes and guard the openings for each other, and do things down there in the sewers that you are very glad they are doing although you have no idea what those things are. I noticed crews among theater troupes and magazine staffs and theology discussion groups.

These crews had similarities: appreciation among individuals, but a group identity that was greater than the sum of its parts; commitment to a task; and real though round-table-ish rather than authoritarian leadership. They shared a style of debate– more combative than I was used to; a more masculine style, perhaps, which expressed itself differently according to the different types of groups: the combat which in the theology discussion group was debate, on the boat was played out as loud-voiced disagreement about mooring practices (although there was in the boat crew an extra element of obedience, based on the overriding need for physical safety and the traditional authoritarianism of ships’ captains.)

Where these crews met in public, there were a couple of other common elements: a taking over of public space for semi-private use, an aggressive appropriation of the commons. (In the case of magazine staff this involves pushing together tables at restaurants and being loud.) And I noticed something else: these crews were predominantly male. Not exclusively so, and I make no normative claim here– but it is simply accurate to describe these as, in many cases at least, masculine spaces, and women who find themselves in those spaces embrace an ambiguous role.

While it’s true that crew formation, even in my city’s own history, has in the past frequently been along ethnic lines, this is not always the case: such groups are not limited to those who share blood or soil. They are, often, wildly interracial; the crew of the Pequod; the stereotypically racially balanced unit in a buddy movie of the Second World War; or the criminal gang of Ocean’s Eleven which includes Sammy Davis Junior; all point to the power of purposeful friendship to overwhelm racial and to a certain extent cultural difference.
“The feeling of a community,” writes Richard Sennett in The Uses of Disorder, “is fraternal, it involves something more than the recognition that men need each other materially. The bond of community is one of sensing common identity, a pleasure in recognizing ‘us’ and ‘who we are.’”

While this sociologically-described crew-like community, and the formalization of it in something that is closer to one of Althusius’ collegia are different, they ought, in some sense, to overlap; they are the inner and outer versions of each other, as romantic love and marriage are.