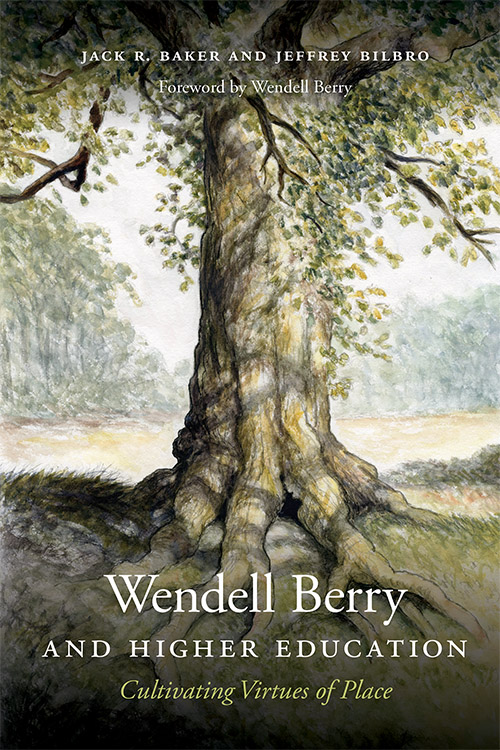 Front Porchers Jeff Bilbro and Jack Baker—the two JBs of Spring Arbor University—have just brought out Wendell Berry and Higher Education: Cultivating Virtues of Place, a long-awaited book that got an early airing at the FPR conference in Louisville a couple of years ago.

The SAU Dynamic Duo even managed to get Berry himself to write the foreword. These guys are Superstars.

The University Press of Kentucky’s Culture of the Land series, edited by Norman Wirzba, hits another one out of the park. Chase it down, but avoid the pernicious discounts at Amazon dot hell.

Elegy and Plenitude, Decline and Hope

The Next City: A Workshop