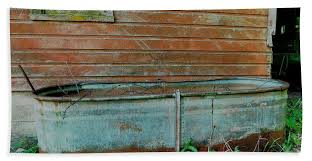 Love in a Time of Cholera Scurvy Coronavirus:

or, A Tragi-Comedy in One Act

Scene 1:  One year ago.  Back deck.  The Bar Jester grills burgers and pulls on a large gin & tonic.  Warm sunshine.  Hens scratch in the yard.

Stop drinking those gin and tonics!  They’re bad for you!  They’ve got quinine in them!

What kind of example are you setting?  Don’t you ever think of the children?

Scene 2:  A Year Later (April 2020).  General quarantine.  Bar Jester’s kitchen.  The Bar Jester is stirring a glaze that thickens on the stove.  He adds a cube of frozen butter.  He coughs ominously.  Coughs again.  The Chief Eye-Roller hears and straightens.

[Twitches cheek and nose like Samantha on Bewitched; audience hears familiar sound indicating magic; a 44-oz. glass of tonic water appears in CEO’s hand; she extends it to the Bar Jester]:

But doesn’t it have qua—?

Can I at least put gin in it?

[reading]:  Says here “scientists have discovered that gin can improve a man’s personality and increase his earning potential by ten-million dollars or more, depending on life-insurance.”

[Gets up.  Back to audience, but she appears to be making a drink.  Hands the Bar Jester a gin & tonic in a half-gallon jug]:

[Snatching the cup from him]: You can have coffee anytime!  Here’s your chaser.

[Enter doctor for no reason that the dramatic unities can explain; wears a white lab coat; stares at a clipboard]:

Wow.  This guy’s liver enzymes are off the charts.

[Quietly, to the doc]:  Shut up, can’t you?  So might his income.  Do you think I like changing bedpans and wiping other people’s arses?

Exit Doc.  Enter Insurance Man, also inexplicably; he is dressed like a vacuum salesman; one eye covets the Bar Jester’s tractor, the other a shapely future rich widow.  He adjusts his crotch and speaks to her in a low voice]:

You ain’t heard the best part.  [Holds up a policy.] If he dies, you’ll get even more money.

[Repeats cheek-and-nose twitch, Bewitched style; audience hears the familiar sound of magic.  A gin & tonic in a three-gallon bucket appears on the floor.  With considerable effort she lifts it and sets it on the table]:

[flummoxed]  You know . . . I could just tie a giant olive around my neck and jump into a big martini.

Whoa!  Those were some strong tin and jonnicks!

[Members of the chorus first shake and then pour a 300-gallon martini into a stock tank near the barn]:

[Slicks his hair back]:

Forget it, fella.  I am not breaking in another man!  Not in this life or the next.

[Walks away and rolls her eyes.  Enter envoy from Columbia Pictures.]

Is there a Bar Jester here?   We want to turn The Culinary Plagiarist into a movie.  Here’s a contract for ten million dollars.

I’ll sign for him.  He’s soaking his goiter.  Who’s going to play me?

We were thinking of Lana Turner, like in The Postman Always Rings Twice or The Dancing Co-Ed, only sexier this time.

[pointing to watering trough]  Isn’t he?

No.  He always looks like that in the morning.

[Bar Jester opens his eyes, gurgles, climbs out, shakes off]

I thought you were dead!

I’ve heard that gin’s a tonic.  Must be true.

That’s the quinine, you idiot.  Hey!  Get back in there and wash behind your ears!

[Bar Jester climbs back in, slides under.  CEO pretends she’s helping him wash; holds his head under.]

Heh-heh!  I swear he’s like a child!  Sometimes I have to help him brush his teeth!  Will that ten million be cash, check, or direct deposit?

I have the check right here.

[Holds it up.  CEO snatches it and bites into it.  It’s real.  Enter Child, staring at pernicious hand-held mobile (de)vice.]

Sweetheart, I have some good—I mean bad—news.

Daddy’s dead?  Like you always said he would be?

No, silly.  Remember that book?  We were hoping the movie rights would bring in 20 million.  They only brought in ten million.

[pointing at body floating face-down in stock tank]:  What’s that?

That?  That’s just daddy.  He’s dead at the moment.  It was the drinking— [sotto voce]:  plus me holding his head underwater, er, ah, gin.

You win some; you lose some.  So what’s for supper?

Would you like to fly to Paris tonight for au bleu rump steak?

I was hoping for daddy’s famous marinated tenderloin.

It us befits to bear our hearts in grief,
And Dumb Ass Acres to be contracted
In one brow of woe.  For moderation
With petticoat government hath fought, and
We with wisest sorrow think on him that drowned:
By God, he sure as hell had it coming.

If we players have offended,
Think but this, and all is mended,
That you have only passed out here
Like a Bar Jester in his beer.
Gentles, do not reprehend
Female cunning.  We can mend.
Ten million goes a long long way
When no one spends it on Bombay.
Give me your hands, if we be friends;
Money and quinine shall make amends.

The Domestic Arts: Finding a Quiet Dignity in the Mundane

“Following the Science” in a Polarized Age