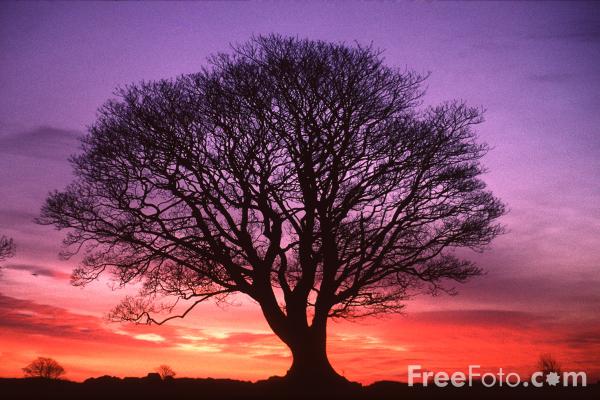 BURNED-OVER DISTRICT, NY–Once upon a time in America, schoolchildren celebrated a lovely little holiday called Arbor Day. The young scholars would sing songs about Johnny Appleseed, recite Joyce Kilmer into the ground, learn the difference between an oak and a maple, and bundle up against the spring chill to go outside and plant an actual tree. The planting, like Arbor Day itself, was both symbolic and practical, and a nice lesson in the ways in which conservation and renewal begin at home. Fittingly, Grant Wood, rooted in Iowa, made Arbor Day the subject of one of his best paintings.

But that was then, and this is now. Beyond its hometown of Nebraska City, Nebraska, Arbor Day has faded into obscurity; its historic date, April 22, will be given over this year to that dreary shower of corporate agit-prop known as Earth Day. The difference between Arbor Day and Earth Day is the difference between planting a tree in your backyard and e-mailing a machine-written plea for a global warming treaty to your UN representative.

The date of Arbor Day has always varied from state to state, usually depending on the planting season. Its very lack of fixity was part of its charm. California observes it on March 7, Luther Burbank’s birthday, but before its most recent transplantation to the last Friday in April (this year the 24th), most states declared it to be April 22, the birthdate of J. Sterling Morton of Nebraska City, the father of Arbor Day.

Morton was a newspaper editor and member of the Nebraska Board of Agriculture. Desirous of windbreaks, shade, lumber, and the simple aesthetic pleasure of that woody wonder that only God can make, Morton proposed a statewide tree-planting festival. He got his wish: on April 10, 1872, more than one million trees were planted in Nebraska, and over the next sixteen years 350 million new trees brought a sylvan touch to the prairie state. Other states picked up on the idea, and by 1882, schoolkids around the country celebrated Arbor Day with parades, ceremonial plantings to honor the dead, and the introduction of seeds to soil, which begins the miracle.

But perhaps, in its reliance on the public school system, Arbor Day contained the seeds of its own destruction. States, and later the federal government, could not resist tweaking Arbor Day. It became Arbor and Bird Day in some places, which was harmless enough, but before long it was hijacked by the highwaymen of the Good Roads movement—the apostles of Progress who would go on to pave America with your ancestors’ tax dollars.

Thus by the teens the U.S. Bureau of Education was flooding the nation’s schools with bulletins promoting the bizarre hybrid “Good Roads Arbor Day.” You see, “If a people have no roads, they are savages,” as bureau propaganda put it. Properly instructed on Good Roads Arbor Day, American striplings might grow up “to relieve our country of this stigma of having the worst roads of all civilized nations.” Which they did: Who says public education doesn’t work?

(Piling yet another progressive cause atop the faltering branch of Arbor Day, the organizers of the West Virginia Arbor and Bird Day cheeped, “We can have a good system of consolidated schools only where we have good roads.”)

Nevertheless, Arbor Day survived, frequently observed in hamlets and parks and neighborhood schools—until it was clear-cut by Earth Day.

Earth Day was not of ignoble birth. It was the legislative child of Senator Gaylord Nelson (D-WI), a thoughtful liberal, who envisioned it as a national teach-in on the environment. The first Earth Day, April 22, 1970, was a hectoring mix of street theater, corporate p.r., and speeches by such paragons of restraint as Senators Ted Kennedy and Bob Packwood. Funding came, in part, from Dow Chemical and the Ford Motor Company. (The most prominent public opponents of the first Earth Day were the Daughters of the American Revolution, who had also fought vainly against the Uniform Holiday Act of 1968, which spawned the commerce trumps tradition three-day weekend.)

In the four decades since, Earth Day has become a bloodless holiday for pallid urbanites, the sort of technology-dependent yuppies whose rare encounters with the unregulated outdoors usually end in paralyzing fears of Lyme disease. Earth Day is about as green as a $100 bill.

So on April 22 this year, when the networks and the schools and the politicians are droning on about the oppressive bore that is Earth Day, commit a simple act of resistance and patriotism: Plant a tree. Happy Arbor Day.