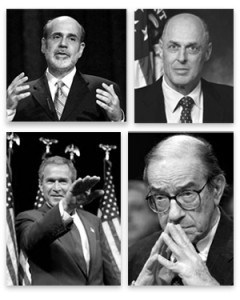 Property in the hands of labor is freedom.

Labor in the hands of property is slavery.

From the earliest days of Distributism, distributists have exhibited a certain disinterest in economics. This is a rather odd stance for the adherents of an economic theory. Distributism was defended generally on moral and social grounds, and only occasionally on economic grounds. Both Chesterton and Belloc were aware of this problem, but neither was willing to tackle the job in any formal way. Belloc did produce a brief volume, Economics for Helen, but even the title indicates his disdain for the subject; “Helen” was taken to be an inquisitive high-school student, and all that she needed to know could be expressed in a brief treatment. And while Belloc’s volume was correct as far as it went, it did not go far enough to establish Distributism as an economic theory, and did less to establish a program for advancing the proprietary state. Hence, Distributism remained “a creed without a dogma, evoking sympathy but lacking support.”1 The distributists never really established a school of economics nor proposed a program of economic research, despite the work or some fine economists such as John Ryan, E. F. Schumacher, Heinrich Pesch, and others.

This was particularly unfortunate because the distributists’ main antagonists, the Fabian Socialists, insisted on first-class economic research. Among those who recognized the need for the reform of the Capitalist system, the Fabians had a great advantage because they could put their case convincingly in economic terms. Distributists were able to produce first-class critiques of both Capitalism and Socialism, but they tended to be somewhat vague about their own economics. The Fabians had no such problems, and without a “working” alternative,” the tended to carry the day against the distributists. They won a battle we refused to fight.

Further, there is a certain amount of resignation among distributists, the feeling that they are facing a system that “works,” and that our major task is to add a moral dimension to an already fully functioning system. For example, Daniel M. Bell writes, “The empirical question put to capitalism cannot be ‘does it work?’ The obvious answer is “yes.” 2 At first glance, Prof. Bell’s statement would appear to be true: we do see a working system around us, however imperfectly. However, the working system we see is not capitalism, but Keynesianism. The best one can say from the empirical evidence is that Keynesian Capitalism works. But to say this is to already destroy the argument of the capitalists, or at least of the pure capitalists. If capitalism is a system that requires massive government intervention to balance supply and demand, then it’s purely economic claims must be called into question.

Yet the fact that capitalism fails and Keynesianism works is itself somewhat perplexing. We would expect the reverse to be true. And here we come to the real tragedy of the Distributist failure to confront the economic questions in economic terms, because Distributist analysis provides us with the economic and intellectual tools to understand the manifest failure of the one and the apparent success of the other. Further, Distributism provides the tools to understand the current crises in Keynesian economies and to point the way forward. Nor do Distributists need to confine their remarks to the merely speculative realm; on the contrary, we can demonstrate our beliefs with systems that are on the ground and working successfully, and have been doing so for at least 50 years. And finally, we can note that nearly all of modern economics, whether neoclassical, Keynesian, Socialist or Austrian, is built on a mistake about science; in the attempt to make their discipline “scientific” in the mold of physics, they abandoned the only thing that can make a humane science “scientific,” namely the principle of justice and particularly distributive justice. Thus, distributism can provide what the world now lacks: both a theoretical framework and practical examples. Capitalism can provide neither and Keynesianism is in crises. My thesis in this article is that if one wishes to be an economic scientist, one will have to be a Distributist, or something very like it.

The people who argue that “capitalism works” are the same people who argue that we should have less government interference in the market. Now, I am all for less government; however, the plain fact of the matter is that capitalism cannot function without this interference; capitalism relies on an expanded state to balance aggregate supply and demand. Consider this fact: in the period from 1853 to 1953, the economy was in recession or depression fully 40% of the time. Since 1953, that is, since the economy became fully Keynesian, the economy has been in recession only 15% of the time.3 Moreover, the pre-war recessions were, on average, twice as deep and twice as long as the post-war ones.

There has been an on-going attempt for the last 30 years to return the economy to its pre-Keynesian status. Since the rise of Margaret Thatcher in 1979 and Ronald Reagan in 1980, the political rhetoric has been about “free markets,” “lower taxes,” “less government interference,” etc. Both Reagan and Thatcher took Fredrick von Hayek as their economic mentor. But the more “Hayekian” the economic rhetoric became, the more Keynesian the economy has actually become; the unintended consequence of Hayek’s policies have been the opposite of what Hayek wanted: larger governments, greater debts, more centralized economic power, and so forth. Keynes’s policies are certainly, as Hayek claimed, a “road to serfdom,” but Hayek’s policies have turned out to be a super-highway to that same dismal destination. Nor is this true just for the United States and Britain. Since the Reagan administration, the World Bank has forced Hayek’s economic policies on all the developing economies, and the results have been uniformly dismal. Indeed, the theories of Hayek have been tested just as much as have the theories of Karl Marx, and with about the same results: more government power, less economic freedom; under neither did the state whither away, but became an all-encompassing behemoth.

Under the free market rhetoric of “conservative” regimes, the government has not shrunk, but expanded, so much so that we now have a government of nearly imperial power and privilege, headed by an imperial presidency that ignores not only the laws of congress and the Constitution, but even basic human “laws” such as the law against torture as an instrument of state policy. Government expenditures as a share of GDP are about the same as they were before the conservative ascendancy, but the cost of government has far exceeded its tax base. The result has been an increased dependence on borrowing. At the start of the Reagan administration, the federal debt was about $700 Billion; at the close of the Reagan-Bush era, it had tripled to $2.1 Trillion. It doubled again and then doubled again, and then grew some more and now stands at about $11 Trillion and rising rapidly. This increased debt represents an effective tax increase, since borrowing is taxing too, but a tax shifted on to the next generations.

Distributists will not be surprised at this result, since it exactly matches the predictions that Belloc made in The Servile State. The capitalist state, Belloc believed, would grow increasingly unstable, and could only stabilize itself by enlisting the power of government.4 Belloc wrote before the rise of Keynes, but Keynes’ methods were no surprise to readers of Belloc. Keynes indeed found a “solution,” but Belloc had already predicted the solution, and the solution is servility. In Keynesian states, people cease to be citizens and become mere clients of the state, where even their most ordinary needs are the subject of one or more governmental bureaucracies, and where even ordinary local problems are pushed up to be the responsibility of the most distant levels of government.

But as successful as Keynesianism has been at rescuing capitalism from itself, one wonders if this cycle can continue. Each new business cycle seems to require greater intervention than the last, and this latest crises requires gargantuan efforts. Can this exercise in gigantism continue forever? Most likely not, at least not in a finite world; sooner or later we come to a point where the system can no longer sustain itself. We may now be at that point. Certainly a $11 trillion debt at the Federal level alone is daunting enough by itself, and that debt shows no sign of abating. But even more problematic is the increasingly servile nature of the population, a population easily manipulated by commercial advertising and political “spin.” The servility which Belloc predicted, which Keynes institutionalized, and which Hayek feared on the theoretical level but did so much to advance on the practical level, is now upon us. Thus our problem transcends the merely economic; we must deal with a cultural problem as well. We have saddled our children with crushing debts, just as we have deprived them of the independent spirit which leads a man to pay his debts.

But if Capitalism, Keynes, and Hayek have all failed, then we must search for the roots of their failure. If capitalist rhetoric no longer describes economic reality (and hasn’t described it for the last 60 years), then we must discover a rhetoric more aligned with reality. In order to do this, we will have to re-examine economic theory from the ground up to discover the flaws and find the cure. And the cure, I am convinced, is to re-establish economic science on its traditional base, a base that disappeared in the late 19th century. And the base of economics, as with any humane science (science that examines relationships between human beings) is justice.

1R. Matthews, Jobs of Our Own: Building a Stakeholder Society (Sydney, Australia and West Wickham, UK: Comerford and Miller, 1999), 119