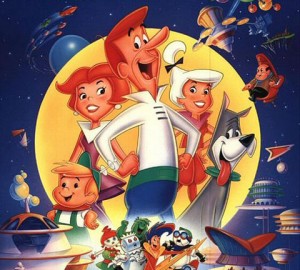 Alexandria, VA The other night I happened to catch the second half of an ABC special program, “Earth 2100.”  The program was a “speculative history” of what the world might look like at the end of this century if humankind does not cease its consumptive, wasteful ways.  I was struck that it included some “talking head” testimony from the likes of James Howard Kunstler and Richard Heinberg, both of whom have been prominent in efforts to educate fellow citizens about the perils that will accompany (or, are accompanying) “peak oil.”  Kunstler in particular – but Heinberg as well – have urged their contemporaries to reconsider our current form of living, and above all to realize that the future is not one of “globalization,” but “re-localization” – either by choice or forced by necessity.  We can have an orderly reconfiguration of our way of life in which our lives are lived much closer to where we are, or we can emerge from the chaos of oil shortages and resource wars in a condition just as local, but that may resemble gang or tribal forms of organization of the sort depicted in Kunstler’s recent novel A World Made by Hand.

What struck me about the ABC program, however, is that its “reporters” were content – even eager – to broadcast the warnings of Kunstler and Heinberg in the long first part of the program (designed to get us to support some sort of action), but failed to bring them back onstage for roughly the last 30 minutes of the broadcast.  That part of the program aimed to show us a “better future,” and was dominated by techno-optimists who believed that science and technology – alongside enlightened global government policies – would permit us to live almost exactly the same sorts of consumptive and autonomous lives we now lead.  Nowhere was a voice to be heard suggesting the problems, if not outright foolishness (as Eugene Robinson does in today’s Washington Post in regard to “carbon capture and sequestration), of some of The Jetsons-like proposals.  Nowhere was a voice to be found suggesting that we would have to live fundamentally differently – in particular, more regionally and locally, doing more things for ourselves, working more with our own hands, and supporting ourselves with an economy in which our contributions are more immediately visible and in which we are more obvious local participants.  Nowhere was there a hint of the notion that to do less harm will mean at once to do less (consumption) and do more (work).  The program aimed at fear induction to support ever-more centralized (world) governments and massive expenditures on new “green” technologies.  (NB: See Sharon Astyk’s earlier analysis of Al Gore’s similar assumptions in a terrific posting from 2008, in which she explodes the idea that you can have any such intensification of (fossil fuel) investments and expect to come out the other side as a transformed, low energy growth economy.)

This is the conceit of “environmentalism,” its fundamental flaw – and why it is today so popular.  What it offers the world is a techno-perfected future in which we have overcome natural limits – including, it seems, the second law of thermodynamics and attendant entropy – by retaining a world of permanent increase and consumption (the “developing” world, it is assumed, will develop to first world standards using the magic of technology, somehow avoiding the predictable result of a world stripped bare), supporting “lifestyles” of autonomy and cosmopolitanism, all the while ceasing in any significant way the consumption of the planet’s bounty and the damage to ecosystems.  We have gone from a totalitarian relationship with nature – in which our demand is met by force – to a fantastical science-fiction relationship, in which we can have everything for nothing.  These are the leading conceits of our two current “parties” – our “conservative liberals” who channel Francis Bacon’s view that humankind should master nature, or our “liberal progressives” who adapt a fanciful Marxian belief that we can have all the material bounties of capitalism with none of its downside.

What is studiously avoided is consideration of what kind of civilization we would have to build if exercise of self-control, restraint of appetite, and commitment to the health of places was to replace our current ethic of consumption, indolency, itinerancy, autonomy and mobility.  While the former was in many ways the logical conclusion of the “warnings” that the program was promoting, the idea that we should actually alter our basic set of operating assumptions was clearly off the table.  Ironically, the commercial “interruptions” underscored that ABC’s more fundamental commitment was to continue things as they are.

Further, what is striking in these sorts of programs – and the general ethic of “environmentalism” – is studied avoidance of the word nature itself.  We should see clearly the reason for the preference of the word “environment.”  As I’ve written elsewhere and earlier, unconsciously many today adopt and embrace the word “environment” without reflection on its meaning.  This is unfortunate, as the very unconscious way in which we use the word obscures how deeply embedded is our antipathy toward nature.

An “environment” is something that surrounds us:  it environs us, provides us space we occupy and in which we move.  I discovered during a recent trip to Italy that the preferred Italian term is “ambiente” – a word that similarly expresses an externalization of the object that surrounds us.  On the one hand it turns the “environment” into a separate entity; on the other hand, it makes humans distinct from the world they occupy.

It’s worth reflecting on why we have so readily embraced the term “environment” but utterly eschew the word “nature.”  Nature, of course, is the “normative” term of Aristotelianism and Thomism:  it is a standard and represents a limitation.  Humans are creatures of and in nature.  We are subject to its laws and to its strictures.  Nature is not separate from us; we are natural creatures (special ones – political animals – but animals nonetheless).  To employ the word “nature” would mean a fundamental reconceptualization of the relationship of humans to the world with which we live.  Rather than either extending human mastery over our “environment” or attempting to stamp out the contagion of humanity, to re-claim the language of nature would require us to change our fundamental conception of a proper way of living well.  Living as conscious natural creatures in nature requires the careful negotiation between use and respect, alteration and recognition of limits to manipulation, and thus calls for the virtues of prudence and self-governance.  Neither of these virtues are particularly valued in the “environmental” movement, whether that advanced by corporate America in the effort to continue our growth economy of itinerant vandals or the fantasy-based, “have it all” wishful thinking of our techno-environmentalists.  Until we reacquaint ourselves with the language, and more importantly, the reality of nature, we will continue in our current condition of human-environmental dualism, or delusion.

Mill, Hayek, and Our Midas Plight