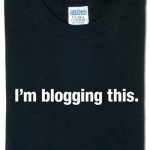 Phoenix, Arizona. Because of my involvement with this darn site I have been attending to the blogosphere much more than heretofore, and lately have been trying to get a handle on its peculiar nature. One thing that stands out is that the range of topics that “work” — those which get commented on by readers and other bloggers — is extraordinarily narrow. The Internet-enabled democratization of talking may have widened the range of available perspectives (then again, it may not have), but as far as I can tell it has not widened the range of what we talk about.

For one thing, it is uncommon for someone to write a piece about something that is not immediately pertinent to the contemporary “conversation” — as defined by the blogosphere. For someone to write a piece, as our Bill Kauffman has, about, say, a fascinating amateur astronomer in Ohio, is unintelligible to blogospheric logic. You can almost hear the questions emerging from the ether: “Why would someone talk about this guy? What does he have to do with anything that anyone else is talking about?” “Is he on Wikipedia?”

Indeed, in the blogosphere it is exceedingly rare for anyone to write anything “original” at all — that is, for someone to contribute some information or analysis that does not take off from something published recently in a relatively prominent linkable location. One suspects that the decline of original reporting with the death of newspapers will only exacerbate this trend, which is made necessary by the volume and frequency of writing that blogging requires. Riffing and linking is much easier than ginning up something new.

Linkability is another exceedingly important piece of the puzzle. If it isn’t linkable, it doesn’t exist to the blogosphere. Preference is given to that which can be linked to — as opposed to a text that must, say, be typed in from a book, or to a quotation reconstructed from memory, not to mention a subject that has little or no Net presence. (Which means, ironically, that the real, metaphysical existences of some things without digital lives become rather more tenuous themselves — like books, for example.) This is so for understandable practical reasons: interlinking will for various reasons tend to increase the traffic drawn to one’s blog or site.

This observation leads to another: the kind of blog post that the Net strongly favors consists of relatively short, pithy opinion on a matter that someone else has recently written about. Have a take and don’t suck — the Jim Rome maxim captures perfectly the good blogger’s motto.

Now this sort of thing can be done quite well. I have learned to appreciate that to write a good online post takes a special kind of skill. Those who blog well ought to be admired for that. But lord, how narrowing all of this is! Write nothing original. Write nothing about anything that no one else is already writing about. Write nothing about the concrete or particular unless it is a publicly or generally available concrete or particular (like a celebrity or a major event or an idea-such as the one I’m discussing here; yes, I’m aware of the irony!). Keep it short. There’s even an acronym by which folks damn you if you go on too stinking long: TLDR, pronounced “teal dear,” for “Too Long Didn’t Read.”

Furthermore, because the Web is as genuinely placeless as anything can be, there is a strong tendency for the blogger to write only about subjects that have at least national and preferably international significance. That doesn’t mean that the subject can’t be recondite, it can: but interest in the subject must not be confined to a particular region or locale. I mean, it can be, of course, but to use the blogosphere in that way is to work against and resist its logic. It’s akin to how EWTN uses television — it isn’t getting the most out of the medium, which is probably a good thing.

Finally, many times the blogosphere is as person-less as it is placeless. Go to a blog, find some of the posts interesting, and then try to find out who it is that is writing the material. Often impossible. Bloggers (and commenters — to Kauffman’s great irritation) often use nicknames. They’re like early-’80s truckers and their CB handles. Who and were you are, apparently, matters not at all. The text is everything. It’s the New Criticism gone mad! Damn you John Crowe Ransom!

No, there is no escaping “technology,” as we are always so smugly reminded by the critics of those who dare to subject to criticism the consequences and implications of this or that innovation. But if we can bring to consciousness the logic of a particular technology, its tendencies and shortcomings, even as we make use of it we can at least open the door to spiritual resistance. In most cases, that is the best we non-heroes dare aim for.

UPDATE: I wrote and posted this without having heard of this little controversy. I note that many folks, in its wake, are jumping up to defend the importance of anonymity for bloggers. I’d be more inclined myself to emphasize the uncharitable outing of them as the real problem here. And shouldn’t someone be pointing out the irony of a “free” society being characterized, apparently, by a citizenry afraid to voice their real opinions?

Learning How to Think with Alan Jacobs