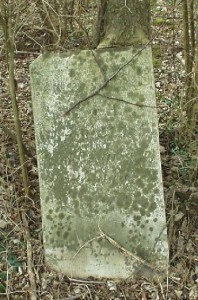 Holland, MI. I live in the only part of the country where the “V” section is the largest part of the phone book. When your landscape contains burgs with names such as Holland, Zeeland, Vriesland, Graafschaap, Drenthe and the like, you can expect to see a lot of surnames with the “Van” prefix. While the German “von” typically connotes nobility, in Dutch “van” simply means “from,” as an indicator of the place from whence one hails. “Van Dyke” indicates proximity to the mighty bulwarks which hold back the sea. “Vandeventer” reveals one is from the town of Deventer in the Overijssel province. “VanZandts” come from the beaches, “VandenHoffs” from the gardens, and “VanderZees” from the sea. The far more mellifluous language of the Frisians (their virtues extolled by Tacitus) typically end with an “-a” or “-sma” or “-stra” indicating also the location of ones origins. A “Ferwerda” would trace his or her heritage back to the town of Ferwerd, my mother’s hometown near the capital of Leeuwarden and about a six-mile bike ride from my dad’s village of Stiens. My maternal surname of “Buursma” indicates her family’s agrarian past, while my father’s surname traces back to the Huguenot era where my family’s history of not putting up with people telling us what to believe first manifested itself. Later, that little cretin Napoleon decided to follow my ancestors to Friesland and imposed on my people the “De” prefix – “DeVries” meaning, simply, The Frisians.

Even though Friesland consists mainly of small farms and little villages, the province seems to have inherited Dutch nervousness about population density and usable space. I found out recently that my last remaining aunt on my mother’s side (my mom immigrated on her own, leaving her whole family behind) has been paying a fee since the death of my grandparents to maintain their tombstones. After five years tombstones are removed and fresh markers put in place as the dead are piled like cordwood underneath. Unless I return soon to my native soil I will not be able to mark the final resting place of grandparents I never knew. When Chesterton wrote of tradition as the democracy of the dead that voting would take place with tombstones, he apparently hadn’t been to the Netherlands. In The Ordways William Humphry describes the “graveyard day” wherein a community tended to the upkeep of their ancestor’s graves and describes it as a way that the past continued to live. Humphry saw the uniqueness of Southerners in this “feeling of identity with the dead” for “it is with kin, and not causes, that the Southerner is linked.” It is bad enough to lose one’s place, but we increasingly live in a world where we have lost those who have lost their place, thus twice removed from the springs of memory and identity. As soon as my aunt passes on, and with her the payment of the annual fee, I will lose my ability to sit in any tangible fashion in the shade of my maternal tree. The ability to see how I could become myself through the lives and migrations of those who came before me, a process beautifully detailed in Robertson Davies’ Murther and Walking Spirits, will suffer yet another blow. As the past no longer lives in me, I find it harder to live in the present.

As Americans we typically don’t define ourselves by where we are from, but by what we do. This isn’t completely new as Gorgias did the same. Still, it makes of our identity not an inheritance but rather a project. We are not formed from the dust, or the lives and loves of those whose DNA course through our veins, but we are formed through our choices, our commitments, our futurity. Only when we have taken on this project of self-creation can we be said to live authentically, a concept become the incantation that gives moral force to what and who we want to be. The context for the operation of such power, however, is the fracturing of our social lives, of our traditions which would otherwise show for us the paths as well as the limits of such self-assertion. Our ability to tell stories to our children and our children’s children – stories that resonate within a cultural context and form these young people’s sense of purpose and vocation as a part of life and not the whole of it – is replaced by the restless and anxious struggle to become something indeterminate. Our jobs, which occupy so much of our time and our energy, become the easy shorthand to the “Who am I?” question. Then too, our jobs provide us with the means to pursue our “other” interests, mundane passions though they be. As Weber said, the Puritan wanted to work in a calling; we are forced to do so. Our freedom has become a curse, a heavy cloak we cannot cast aside or shrug off our shoulders. We become nullities, Weber said, imagining we have achieved a high state of civilization when we actually have become merely “specialists without spirit, sensualists without heart.”

Still, as Weber also noted, “the idea of duty in one’s calling prowls about in our lives like the ghost of dead religious belief.” We remain haunted by the presence of these ghosts, and for that we can be thankful. One can do worse than live with ghosts. I live with the ghosts of my grandparents, on whose knees I never sat and whose stories I never heard. They are, to me, names – and names that in short time will be erased from the public realm – but also more than that. I can’t pass on their stories to my children or my grandchildren, but I know I pass my grandparents on in some way. One reason why Christians prefer the language of “gifts” to that of “talents” is because the former gives voice to the belief that what I have and what I am capable of are not of my own doing, but a result of that unique combination of abilities mysteriously created in the love of people I never knew. I am one of the lucky persons in my peripatetic profession, for in my 12th year I was given the opportunity to practice my craft a mere half mile from where I grew up. My children now regularly visit my parents, and have learned something about how who they are and what they will become and that it is neither de novo nor limitless. Ghosts are a presence, even if only a shadowy, elusive one. Perhaps we, pace Weber, have reached a point where we can no longer give religious ideas or the voice of tradition and familial place any sort of cultural significance, but we can still work in the breach with the confidence that we are not alone. A tragedy of our commons is not only that our old stones can no longer be deciphered, but the names have been erased, and so our search “for a greater union, a deeper communion” becomes so much more difficult. I would like to visit my grandparent’s grave, there to tend to their rest, as a gesture of gratitude for enabling me to be and for somehow, in ways I can’t begin to comprehend, having their ways and beliefs weave themselves into the story of my own existence. A way of life which sees no such need but views graves simply as sources of revenue, which no longer maintains people in their place even when the people in question have no interest in moving or ability to do so, can hardly be said to be a way at all, but further evidence of the nearly irresistible and destructive side of modern capitalism. A year or two from now, I’ll still be able to visit the places my parents are from, but will be unable to pay homage to the men and women who gave them life, which will only deepen the temptation to view my life as my own. We erase the names of the dead to our own peril.

An Apologia for Tiger Woods