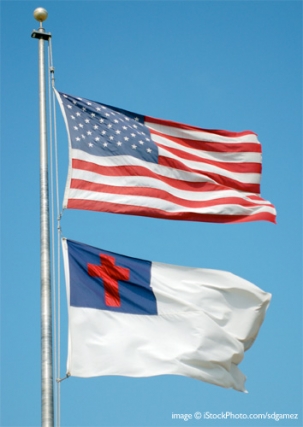 I will admit that I did not keep up with all of the discussion that ensued from various blogs that tried to discern the differences between folks that write over at First Things’ blogs and those who do so at FPR. But after giving a talk at ISI’s Honors Conference on Reinhold Niebuhr in which I roughed up the current hero of ironists for clinging to Anglo-American Protestant civil religion (from a German-American no less!), the thought dawned on me that one of the significant differences between Pomo’s and Fropo’s is civil religion. That is, is one willing to work with civil religion and use it profitably to do battle in the cause of freedom and cultural integrity, or does one see through it as basically a sham that should be avoided at all cost?

I have to admit as well that these thoughts occurred to me during the question-and-answer session after my lecture when I received comments and queries from listeners (some of them identifiable Pomo’s) that took exception to my criticism of Niebuhr. Some described this exchange as “pummeling” but these people do not commune in the Orthodox Presbyterian Church where we put the fell in fellowship. To OP readers, I’m kidding, mainly.) The nub of the issue concerned the value of civil religion for opposing Communism. I myself believe that opposing Communism is a good thing. But I do wonder if one should actually lie when arguing against a genuine enemy. Yes, the Soviets were atheists and they gave the United States a ready way to show God-fearing Americans the evils of Communism (as if the gulag or East Germany were not enough). And yes, trusting in God as we profess on American coinage can supply a healthy check upon the aspirations of magistrates who are prone to think highly of themselves (even to the point of deity). But trusting in God as a nation has also issued sacralizing party platforms, such that some now see the contest between Democrats and the GOP the old Cold War contest between the Soviets and Yankees.

Anyway, the point of this lengthy rhetorical question is simply to wonder if civil religion is important to a constellation of convictions that separate Pomo’s and Fropo’s. For instance, in one of Patrick Deneen’s posts during this debate, he wrote, “The effort to manipulate the natural world to the ends of human desire have been catastrophic, in the view of FPR’ers, and have resulted in a condition in which modern humans have lost the capacity to exercise prudence, wisdom, and above all, the capacity for self-governance.” I would add to this the notion that manipulating the revealed word to the ends of nation’s desires has been catastrophic, maybe not for the state, but for faith. And when Caleb Stegall described himself as “an anarcho-capitalist, a localist-agrarian, a communitarian-libertarian, a prairie-populist, above all a lover of liberty and the freedom of self-sufficient locales, and a scots-presbyterian to boot, all of which means I have a deeply embedded antipathy to the state and to hucksters and razzle-dazzle men and a fierce loyalty and love for my own highways and byways and fields and streams and towns and farms and the people who inhabit them,” I recognized a realism where Niebuhr dared not tread if only because it is hard with this set of intuitions to conceive of any nation-state doing the work of the Lord.

Now, not every Fropo conservative will likely regard civil religion as a threat to faith because he or she is not a believer. And this is precisely where it gets interesting for me, as an advocate of a “secular faith.” Skepticism about grand projects rests close to the heart of most conservatives, and it is what has often united the truly skeptical (both about faith and politics) with the faithful in seeing through the abstraction and deceit of civil religion. My favorite skeptic is H. L. Mencken who did not need to be a serious believer to see through the hollow vanities of Woodrow Wilson or the uplift of liberal and fundamentalist Protestants (who were united on keeping the United States a Christian nation).

So to conclude this digression, here is Mencken on the problem with liberal Christianity, but it is one that could equally apply to the Religious Right (whether Protestant or Roman Catholic). The Modernists “no doubt with the best intentions,” he wrote, “have tried to get rid of all the logical difficulties of religion, and yet preserve a pious cast of mind. It is a vain enterprise. What they have left, once they have achieved their imprudent scavenging, is hardly more than a row of hollow platitudes as empty of psychological force and effect as so many nursery rhymes.” Civil religion may yield a nation of much greater psychological (not to mention physical) force and effect, but in the ultimate scheme of things is it is any less empty?

Bridging the Gap between Bitter Conservatives and Glib Liberals