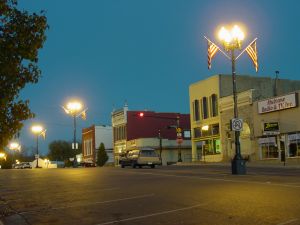 Hillsdale, MI. A Mormon friend of mine once argued that the LDS prohibition of alcohol was right and proper not only because it was revealed, but because he had tried alcohol once and had ended up puking in the gutter. My grandparents voted for the Prohibition Party candidate every presidential year from 1896 to their deaths in the late 1950s, so I know all the arguments. But, as I told my friend, there is something in between total abstinence and lying in your own vomit.

It is becoming way too fashionable now, even on such a generally intelligent forum as FPR, to mistake irony for paradox and to substitute Cartesian for Aristotelian dualisms. This is just a high-fallutin’ way of saying that when we talk about drinkin’ and fightin’ and politics we should know when to prop a man up and when to take him down.

It’s called measure, or prudence, or as (my favorite) Cicero said, decorum. It is of course not likely that many Americans will stay in Place nowadays, or that Limits means the same thing to President Obama that it meant to President Coolidge, or that Liberty means what it meant to our earliest American generations, They shall sit every man under his vine and under his fig-tree, and none shall make him afraid. But even a term like LOCAL has its limits.

To talk about “subsidized localism,” for example, is to fail utterly to understand that Cartesian dualism is something else entirely, a fake dualism that cannot produce decorum. Robert Frost wrote to a friend, “In my book of 1923 I dealt with the crude importunacy of those who would have you a prude or a puke (mewling and puking in the public arms). Choose you this day to be a puke or be disowned by the intelligentsia.” In his poem “Build Soil” he warned against joining “too many gangs;” “We’re always too much out or too much in.” You don’t have to curse the city to love the country, or fly over the country to prove how cosmopolitan you are.

Decorum demands, however, that you try hard not to come down on the side of paradox at the expense of irony. “Subsidized localism” might be an attempt at paradox but does not rise to the level of irony; and as I have said elsewhere, might be “the mother of all oxymorons.” It is also a branch of progressive ideology, which is anathema to anybody who wants to conserve anything valuable.

Now let me get real. My local newspaper announced yesterday that our “Community Action Agency” got a grant from the US Department of Housing and Urban Development “to help with its housing counseling and loan services.” The grant was for $47,724. They no doubt have it figured to the penny. In a community where the unemployment rate is just about the highest in the nation, the Feds give us money to talk to people who have lost their jobs about keeping their homes. One of the local government employees explained that 1,306 “clients” were seeking help to resolve or prevent mortgage delinquency. Ignoring the fact that the only people who have jobs are those paid by the government to counsel those who don’t have jobs, just what kind of “local subsidy” do we see in operation here? The answer is, the only one you will ever get.

Local communities have to take charge of their affairs or lose control of them. No, this does not mean secession, but it means that exploring ideas like “subsidized localism” has its end already in sight. Rep. Mark Schauer announced that this “Community Action Agency” program will “help more families in our area experience the American dream of home ownership.” If our dream of home ownership is reduced to hand-holding by bureaucrats, and if the best idea we can come up with at FPR is “subsidized localism,” I suggest that we practice truth in advertising: “Every place. Globalism. Nannystate.”

Ok, enough emoting. But the answer to being “too much out” is never being “too much in.” Our community has, in addition to the Community Action Agency, a free clinic that resides in a local church and provides basic medical treatment (one night a week) to people who otherwise couldn’t get it, because they couldn’t pay for it. Doctors and nurses and others (including college students) volunteer their time. It’s classic localism. What will happen, however, if it gets to the point that the free clinic applies for or has to accept government subsidy? The list of regulations, sanitary inspections, multiple levels of liability, building inspections boggles the mind. I love what the clinic is doing, but it’s just a matter of time before the Feds find out. They will have to subsidize our localism.

Scott Richert over at Chronicles has been writing for almost a decade about local matters in the mid-sized city of Rockford, Illinois. One sees in his columns how hard it is to be local. I’ve worked for several decades for a college that has so far stayed local. Ask any of its faculty, staff, or Trustees if it’s easy to be local. But ask any of us if it’s worth it. We’re not out, but we’re not too much in.