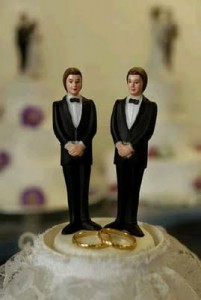 Kearneysville, WV. Last week I published a piece suggesting ten positions that might serve to constitute a platform for those who are disillusioned by both major political parties and who long for an alternative that includes, among other things, a reversal of the concentration of power in Washington. Conspicuously absent from my list was any reference to the two most hotly contested social issues of our day: abortion and same-sex marriage. My second point (after fiscal responsibility) addressed the idea of federalism, and it is perhaps under this heading that the issues of abortion and same-sex marriage could be dealt. First, here’s what I said about federalism:

Federalism. The federal government has slowly insinuated itself into every facet of our lives through the congress, the courts, and administrative agencies. In most cases this leads to a loss of sensitivity to the diversity of regions, states, and localities. It reduces the opportunity for creative experimentation that could lead to the development of innovative solutions to vexing problems. Ultimately, the expanding scope and power of the federal government represents a threat to the freedom of individuals and communities. This must be reversed. Power must be returned to the states. Congress might cede certain prerogatives back to the states, or in the likely event that does not happen, states must act to assert independence from federal interference.

It seems obvious that abortion always should have been a state issue and that Roe v. Wade is, on multiple levels, bad law. The restoration of federalism could mean, at the very least, that laws limiting or restricting some forms of abortion should be the prerogative of the individual states. Ideally, the entire issue should be returned to the states where the people are free to decide.

Same-sex marriage is more difficult. To be sure, when the issue has recently been submitted to the democratic process, states have consistently voted against the legalization of these unions. The states that have approved same-sex marriages have done so via the courts and over the express wishes of the majority of the population. This represents an egregious usurpation of the democratic process.

But at the same time, one could object and argue that the courts are doing nothing different than upholding a basic civil right for a heretofore oppressed minority. Majorities can and have been wrong. The courts are doing a brave thing and are leading the way to a future where the equality of all persons is recognized by the law. The dull citizens need to be led by the wise men and women in the black robes.

There are those who argue that traditional marriage must be protected and that a constitutional amendment should be a central part of that strategy. Perhaps. But one need only recall the failed use of the amendment process to promote temperance to cast doubt on the efficacy of this means to effect cultural change. In terms of practicality, amending the constitution is an arduous process and unlikely to succeed.

Furthermore, if one is generally disposed to localism, one is forced to ask whether or not this issue might be better dealt with on a state level. But here is where things get tricky. What separates abortion from same-sex marriage is this: abortion represents the termination of something. Once the procedure is over, there is nothing left, legally speaking, to be done. With same-sex marriage, the “procedure” (that is, the ceremony) is just the beginning. The couple has a life together. They will, presumably, form a household. They may merge their property and accounts. All well and good. But what happens when they decide to move to another state? One whose populace has expressly rejected same-sex marriage? The full faith and credit clause of the constitution would seem to indicate that one state is obligated to recognize a union sanctioned by the first state but not by the second. There is nothing analogous in the abortion issue and this, it seems, is the reason abortion could easily be an issue settled at the state level while same-sex marriage is more difficult.

Perhaps the government should simply get out of the marriage business altogether. But that doesn’t look likely, and so we are left with the question of culture. Can a society survive if the vast majority of the populace do not share a common culture and together affirm a collection of common ideas? Is an affirmation of “liberty for all”—where liberty means the freedom from any constraint or authority—an adequate foundation for a society? Or does, in fact, this sort of absolute liberalism consume itself in the very logic of its existence? Can a society exist when all that unifies it is the continual emancipation of desire? The obvious answer, it seems to me, is no. But where can one find a common culture? The affirmation of certain basic rights to life, liberty, and the pursuit of happiness devoid of any metaphysical conception of what it means to be a human being falls short. Rights claims without acknowledgment of obligations and ends suited to human beings are little more than emotivist utterances that can be asserted and expanded with ever-increasing shrillness and incoherence. This is precisely where we are today. The same-sex marriage “debate” is the logical outcome of a society steeped in the language of rights where the understanding of rights has been separated from any notion of the human person as more than a bundle of expanding appetites. Such a “debate” cannot be won by either side, for winning a debate implies rational discussion, but in an emotivist context, the only victory is gained by force.

James Madison argued that the political system produced by the constitution of 1787 provided for certain institutional impediments to the demands of the majority but that ultimately the will of the people could not be stopped. As such, he argued that the virtue of the citizens was the primary bulwark against the usurpation of freedom. But a common consensus about virtue (and about freedom) implies a common underlying culture that consists of more than demands for individual rights. If the sole purpose of human existence is to liberate every desire, same-sex marriage is clearly a good thing so long as it is desired. If, on the other hand, there are ends and means proper to human persons and we are obligated to conform our actions to these norms, then same-sex marriage may not be within the realm of that which is morally good for human persons. It’s a question of culture that, as these questions do, goes to the heart of what it means to be a human. It is a question that cannot adequately be answered by recurring simply to competing rights claims.

Madison could imagine a national community united by a robust conception of virtue. As we have grown larger and more diverse in our thinking, that is no longer the case (if it ever was). We may generally agree on abstractions such as equality and individual rights but that is not enough to form a coherent community. So we are left with an incoherent national community (did such a thing ever exist?) and the possibility of more or less coherent communities of a smaller scale and even these will be difficult to maintain, for we all drink deeply from the fount of a popular culture where the liberation of desire is the first fundamental of the faith.

Finally, it seems curious that the advocates of same-sex marriage seem interested not only in equal rights but in equal acceptance as well. They want the legal right to marry but they also demand the blessing of everyone else. In a world where conformity is denigrated and originality is praised, this demand seems odd. Why should they care? It seems there exists an abiding desire for a common culture after all. Acceptance. Unity. Concord. Words that point to natural desires that cannot be realized by force. Tolerance is a one way street in a world of expanding desire.