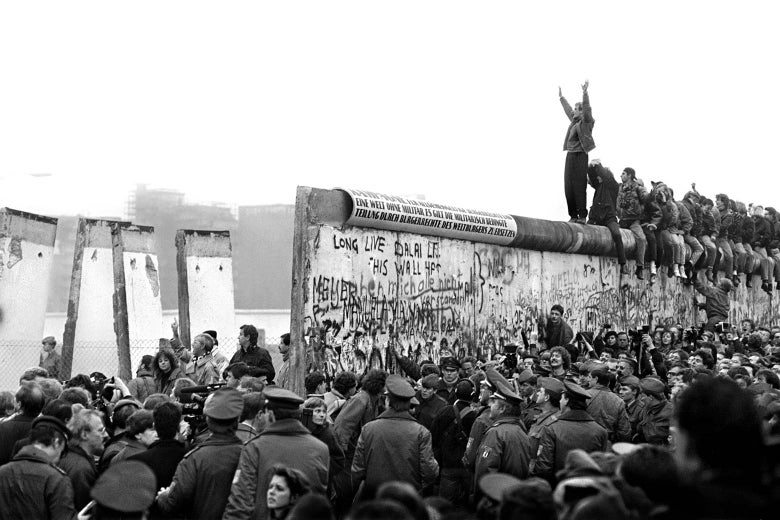 In my misspent youth, I was a politician. And in my role as a politician, I did all the things that politicians do. Well, not all the things; I say that in case there are law-enforcement agents who read this blog. Now, one ought to repent of one’s sins, and in general I try to do so with a sincere heart. For example, I generally repent of all the boondoggles I took at the expense of the taxpayers. Of course, I doubt that I will ever reimburse the city treasury, so one may question the sincerity of my repentance. But there is one boondoggle at least that I do not repent. It was a trip that allowed me to witness a unique moment in history 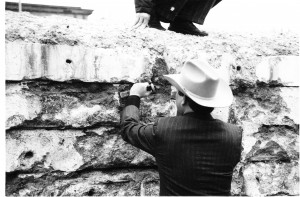 in a unique way. And for that, I will always be grateful to all the anonymous visitors to Our Fair City who paid their room taxes to the city’s Convention and Visitors Bureau.

These were high taxes, and we have a lot of hotels, which makes the Bureau a rich organization. And since the taxes were paid by visitors and not our own citizens, the council didn’t really watch the activities of the Bureau all that closely. Besides, the Bureau was adept at keeping the council happy with the odd boondoggle, among other things. And in March of 1990, the Bureau wanted to keep me happy, being a senior member of the council and the Mayor Pro Tempore.

And so it was in March of 1990 I was dispatched by the Bureau to the International Tourist Trade Fair in Berlin, and the date is important. The world is now celebrating the 20th anniversary of the fall of the Berlin Wall on November 9, 1989. But in fact, the Wall did not fall on that date. What did happen on that day was that a minor East German Politburo member, Günter Schabowski, let it slip in a press conference that the travel restrictions which trapped East Germans in the East would be lifted. He said “sofort” (immediately) but in fact the decision had not yet been formally made. Nevertheless, tens of thousands of East Berliners moved towards the crossings, and the outnumbered and demoralized guards, who in the past would simply have opened fire, first stalled for time and finally gave way. The Wall was not down, but it was irrelevant.

The dismantling of the Wall would not begin until June of 1990, and reunification would not take place until October of that year. And so the Berlin I visited was still a divided city, and still divided by the Wall. But the celebrations that had begun on the ninth of November continued, although somewhat more commercialized. Still, there were constant parties at the wall, immense crowds, unending music, couples making love, vendors making money, and tourists making pictures. It was the entire world’s Kodak moment.

And the joy was justified. The history of the world since 1918, and particularly since the end of World War II, had been dominated by the struggle with communism, and most of that time it looked like we were losing. Yalta had allowed Stalin to swallow up Eastern Europe, which quickly became a prison for its own people. China fell, and a bloody stalemate was reached in Korea. The United States suffered a humiliating defeat in Vietnam, where I served nearly two years (the loss of that war, I want to make clear, was not my fault.) Castro brought communism to the Western hemisphere, and it appeared to be on the march in Asia, Africa, and the Middle East.

The Triumph of the West was by no means assured. But suddenly, communism fell. Just like that. It was like a dream. The joke was that it took 10 years Poland, 10 months in Germany, 10 weeks in Czechoslovakia, 10 days in Bulgaria, and 10 hours in Romania. The Great Political Question of my youth was settled, or so it seemed.

One thing a politician does NOT do is to pass up a photo op, and so it was that we went out early one morning to take some pictures, “Mayor Pro Tem Tears Down the Berlin Wall.” One of the pictures in its full absurdity is reproduced here. But while making the pictures, something marvelous happened. We went out very early in the morning to avoid the crowds that would so be there. We were at a spot on the wall near the Brandenburg Gate, where there was a small gap between the Wall and the Gate.

Then we heard, “psst, psst.” There in the gap, the East German border guards were motioning us to enter the German Democratic Republic in a rather unauthorized fashion. These were the men who had shoot to kill orders for anybody attempting to exit the Workers’ Paradise, and had in fact shot hundreds of them over the years. And so of course, we went into East Berlin. Now the guards had not murder but commerce on their minds. They were selling their bits of the Wall, the Eastern side. The contrast was startling. While the Western was covered with a riot of graffiti, the Eastern side was whitewashed and without a single mark on it. I could not resist having tangible evidence of the contrast between East and West. I bought a bit of the Wall, I bought one of the guard’s medals, I bought his uniform blouse. He would sell anything, Deutschmarks only; nobody, not even the GDR wanted the East German Reichsmark.

And that was when the Marvelous Thing happened. The guard picked up that weapon common to bureaucrats the world over, be they communist, or capitalist, or corporate, or Fascist, or whatever. He picked up the date stamp and click-thump stamped the clean bit of wall. I am sure he would have stamped the medal as well, had there been a practical way to do so. I was amazed. And amused. “He will do well in the new order of things, since they are likely to be a lot like the old order.” More on this point in a moment.

I will be returning to Eastern Europe in a few days, this time to Romania. Much has passed in the East in the last 20 years. In 1991, John Paul II issued his encyclical Centesimus Annus which dealt with the question of what the East should do with its new-found freedom. He warned the people against thinking that “the defeat of so-called ‘Real Socialism’ leaves capitalism as the only model of economic organization.” but the Pope’s warning would not be headed. Indeed, the Solidarity movement of John Paul’s native Poland of which he was so proud for the leadership it had shown in its ten-year struggle with communism, whitered shortly after that freedom was won. Instead “Experts” from the West flooded the East with plans for economies they knew nothing about based on models which had never actually worked in the West. The best minds of Harvard were easily outsmarted by a small number of players who gamed the new system to loot the wealth of their countries and become the new ruling oligarchs.

It is small wonder, therefore, that the Pew Foundation, in its recent poll of Russia and Eastern Europe has found that,

The initial widespread enthusiasm about these changes has dimmed in most of the countries surveyed; in some, support for democracy and capitalism has diminished markedly. In many nations, majorities or pluralities say that most people were better off under communism, and there is a widespread view that the business class and political leadership have benefited from the changes more than ordinary people.

Currently, most of the nations of the former Soviet block must go hat in hand to the moguls of the IMF or the European Union to ask for loans that cannot be repaid but which will bind these nations further to the Western oligarchs and make them as dependent on today as they were on new Sultanate in Brussels as they ever were on Moscow.

I will not be going to Romania as an “expert” on anything, and I certainly don’t have plans for remaking its economy. Rather, my message is not to listen to experts at all, and not to listen to foreigners, not even me, or especially not me. Rather, they should look at what works and devise their own plans.  I will be spreading the Front Porch agenda of localism and a sane economic system. I will suggest that they look not at grand abstractions, but at actually working systems, such as  Mondragón, or Emilia-Romagna, or the thousands of successful cooperatives large and small that make goods from the simple to the most complex, and allow a nation to chart its own course, a course neither capitalist nor communist. I will simply state the obvious, that it does no good to replace the old “SovRoms” (Soviet-Romanian joint enterprises used to drain the wealth of Romania into Russia) with EuroRoms or AmerRoms; what they need are RomRoms.

The Wall has long since fallen, but in many ways it remains. Globalism has not worked, nor for us and not for the East. This new collapse, which is hitting the East particularly hard is also a new opportunity to think in ways apart from the now outdated paradigms of the bloody 20th century. If this century is to avoid the mistakes of the last, it must avoid the political and economic systems of the last. The celebrations over the Fall of the Wall should be a time for seriously thinking how to build a new order.

The Other Side of China, and What It Might Say When...