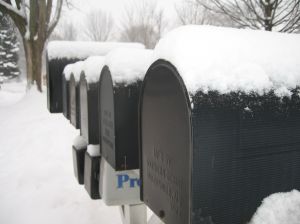 The Manhattan Declaration is almost a month old and it still a statement I regard with great ambivalence. My discomfort owes partly to the name. As a native of Southeastern Pennsylvania and a fan of Philadelphia’s college and professional sports teams, I am congenitally disposed to animus (I am hoping within the bounds of the sixth commandment – Protestant numbering) against all things New York City. At the same time, I like old fashioned cocktails and think beer and wine have too readily displaced drinks like the venerable Manhattan.

One other factor is pride. Why do the instigators of these projects keep losing my name when the invitations go out for signatures of Very Important Persons? It could be that I recently moved. It could also be that I’m not very important. Both are true but the older I get the more I realize the limits of my import.

But deeper down come other reservations about the Manhattan Declaration which put me seemingly at odds with many of the signers whom I respect and want to encourage in their own convictions about morality, civil society, and the common good. My questions do not concern the sanctity of human life, the nature of marriage, or religious liberty. I am more than comfortable with the specific items affirmed in the Declaration. But like any good conservative who may like planks in the GOP’s platform and then votes for a different candidate because of the mechanisms associated with Republican policies, I resonate with the concerns of Timothy George, Robert George (I don’t think they are brothers) and Chuck Colson but wonder about the methods they employ by drafting and circulating this statement.

First, I wonder what function such declarations serve? I am open to instruction here, broadminded fellow that I am, but has any such a declaration (other than Mr. Jefferson’s) ever amounted to a real change in ordinary affairs? I think, for instance, of the recent declarations that Evangelicals and Catholics Together have produced. For all the seeds of unity these statements may have sown between a certain class of Roman Catholics and born-again Protestants, those statements have also created controversy – at least in conservative Protestant circles – by raising questions about the doctrinal position of the statements’ signers. Meanwhile, declarations produced by evangelical Protestants – such as “For the Health of the Nation” or “The Evangelical Manifesto” – don’t seem to have amounted to much, aside from the comfort given to those who sign that they are on the right side and are public about it.

I do not mean to question the motives of anyone who signed, but isn’t it possible that a measure of moral grandstanding goes into these statements, along with very little policy or legislative reform, because these statements are so far removed from the legislatures, courts, and chambers of elected officials? Meanwhile, such statements do function to throw down yet another gauntlet in the culture wars, thus inviting as much opposition as support and cementing the stalemate that already exists between the parties of morality and license.

Second, the Manhattan Declaration troubles me because of the progressive narrative that introduces the affirmations about life, marriage, and religious liberty. The history the authors invoke is one that goes from early Christians down to the suffrage movement and Civil Rights. This is not much of a variation on the old American Protestant whig interpretation of western civilization and the assumption that the right kind of Christianity was on the side of social, political, and economic progress. This kind of progressivism (and the Social Gospel that accompanied it) should trouble any American conservative worthy of the name. Indeed, highly ironic is the reality that now some Roman Catholics and Orthodox Christians have identified with such whiggery. I guess, one question is if the narrative is true, why not affirm it? One answer is that the narrative leaves out a host of other contributors to this “progress,” among them the Enlightenment and other less orthodox outlooks about the true, the good, and the beautiful. Another answer involves the irony already mentioned – namely, that it was used once by Protestants to exclude Roman Catholics and other “outsiders” from the mainstream of American society. The Manhattan Declaration appears to employ it again to do the same to Americans who do not share Christian morality.

This leads to a third concern, namely, how do believers and non-believers co-exist in a religiously diverse society, in one, in fact, where religious freedom also means freedom for the non-religious? I do not have an answer and I doubt that any readers of FPR do that will achieve consensus for Americans. One way to negotiate this diversity, once upon a time, was through the autonomy or local governments and communities to regulate their own affairs. But now that the United States matters more as a collective than as a union of states, that political option seems impossible. In the meantime, conflating Christian morality with the common good and the foundations of civil society not only seems to discount the contributions made by non-Christian traditions, but the Manhattan Declaration also seems to conflate the involuntary and voluntary aspects of civil society. In the involuntary realm Christians must try to get along with a number of other believers and their skeptical neighbors. In the voluntary realm of private associations, Christians may legitimately be concerned to protect the prerogatives of church, school, and organization. But because the Declaration vacillates between the common good and a private morality, it fails to acknowledge that making Christian norms the basis for American public life will exclude non-Christians. (Some Mormons have even complained that the Declaration needlessly leaves them out.) In other words, it would have been one thing for the Declaration to call upon Americans to respect the convictions and practices of Christian institutions. But the Declaration goes beyond this defensive posture and makes claims about Christian norms being the basis for civil society and the common – period. So where does that leave an Abraham Lincoln, an H. L. Mencken, or even a Leon Kass?

My last and biggest reservation is related to the Social Gospel aspects of the Declaration – that is, the idea that Christianity leads to and promotes a just society. Don’t get me wrong. I don’t want to be heard to be saying that Christianity promotes injustice, though, of course, Christianity’s record in human history has not been free from embracing tyranny and injustice (at least as defined by the likes of Kant). But do the authors of the Declaration believe that Jesus and the apostles would have signed a Rome Declaration if one were available to them? In other words, is the purpose of Christianity to progress this world or is it to prepare believers for the next? Is the purpose of the gospel to yield the common good or eternal salvation? I understand that Protestants and Roman Catholics (I have interacted less with Orthodox about this) differ on questions of continuity and discontinuity between temporal and eternal goods. Will truth and justice and prosperity in this world be like the truth and justice and prosperity that believers will experience in the new heavens and new earth?

If it is legitimate to raise this question, then the Manhattan Declaration needs to address the concerns of those Christians who believe that the gospel has a higher aim than simply the right ordering of this world. This doesn’t mean that necessarily that the Christianity of which I speak is opposed in fundamentalist, docetist, or gnostic fashion to a good society, or to ordered liberty. But I do worry that by directing so much attention in the name of Christ to the great moral concerns of this age, Christians will lose sight of the eternal truths that older professions of the church recognized (and encourage non-Christians to look to the church for solutions to society’s problems. Older expressions of Christianity put the problems and even the evils of this life into a perspective that saw them as not ultimate but temporary. It is an outlook that my own communion, the OPC, for some a hangnail in the body of Christ, professes in the following terms:

The liberty which Christ hath purchased for believers under the gospel consists in their freedom from the guilt of sin, the condemning wrath of God, the curse of the moral law; and, in their being delivered from this present evil world, bondage to Satan, and dominion of sin; from the evil of afflictions, the sting of death, the victory of the grave, and everlasting damnation; as also, in their free access to God, and their yielding obedience unto him, not out of slavish fear, but a childlike love and willing mind. All which were common also to believers under the law. But, under the new testament, the liberty of Christians is further enlarged, in their freedom from the yoke of the ceremonial law, to which the Jewish church was subjected; and in greater boldness of access to the throne of grace, and in fuller communications of the free Spirit of God, than believers under the law did ordinarily partake of.

I understand that this liberty will not fix the woes that ail our society. But if something like this is true of Christianity, and if statements like the Manhattan Declaration do not address the links and gaps between the common and ultimate goods, then I think my Christian profession requires me to thank the Lord that I was not included among those invited to sign.

Flying Solo: A Spiritual-But-Not-Religious Biography of an American Icon

Blasphemers, Terrorists, and Liberals in Your Neighborhood