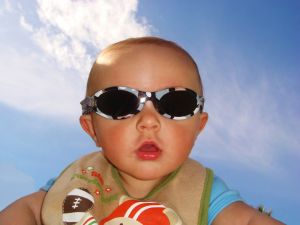 Jacksonville, AL.   While writing a conservative history manuscript in 2007, I used the Conservative Political Action Conference as an example of how the movement had changed for the worse.  I’m old enough to remember the original CPACs.  In February 1976, ACU and YAF sponsored the second annual CPAC in Washington, D.C., for conservative activists.  The results of the CPAC straw poll in 1976?  Governor Ronald Reagan received 268 votes, Governor George Wallace of the Democratic Party received 51, Roger MacBride of the Libertarian Party received 23, and President Gerald Ford received a measly 2.

What a slap in the face of the Republican establishment!  It wasn’t just the overwhelming support for Reagan.  The Libertarian nominee actually garnered twenty times more votes than the sitting GOP occupant of the White House.  The thoroughly unrespectable Wallace, who has no standing today in the conservative movement although he was a major—albeit indirect—factor in the election of Reagan in 1980, outpolled Ford by a twenty-five to one margin.

The top five CPAC vote getters in 2007 were, in order, Mitt Romney, Rudy Giuliani, Sam Brownback, Newt Gingrich, and John McCain.  None of these are authentic conservatives in the Taft-Goldwater-Reagan tradition.  Romney, plutocratic son of a Rockefeller Republican, ran as one himself when challenging Ted Kennedy in 1994.  Abortion rights.  Gay rights.  He openly denied that he had been a Reagan Republican in the 1980s.  He voted for Paul Tsongas, a “Rockefeller Democrat,” in the 1992 Massachusetts primary.  As governor, he gave his state mandatory private health insurance (“socialized medicine” in current Republican parlance, now that Obama is pushing the same thing on a national scale).  Of course, Romney’s flip-flopping is the stuff of legend.

While it is true that Giuliani was associate attorney general under Reagan, he entered the Justice Department under Ford-Rockefeller.  He was a Rockefeller Republican after being a Democrat as late as 1972.  True to the Rockefeller tradition, Giuliani is an enthusiast of Wall Street, big government, perpetual war, and legalized abortion.  He can be described as a Rockefeller Republican not only because his stances on powerful government, internationalist foreign policy, and social issues match those of the late Nelson Rockefeller, but because Rocky’s brother, David Rockefeller, contributed money to Giuliani’s exploratory committee in late 1999 when he was planning a run against Hillary Clinton for the Senate.  Retired banker Rockefeller does not give cash to the Ron Pauls, Tom Coburns, or Jim DeMints of the GOP.  During the past decade, he has helped to fund the campaigns of Amory Houghton Jr., John McCain, Richard Lugar, George W. Bush, Susan Collins, Olympia Snowe, Arlen Specter, and even Paul Wellstone.  Oh, and Hillary Clinton, too.  Just to hedge his bets.  Nothing to Pat Buchanan or Ralph Nader, though.  Following in Nelson Rockefeller’s footsteps (he was offered the Democratic vice presidential nomination by Hubert H. Humphrey in 1968), Mayor Giuliani publicly supported Mario Cuomo for reelection in 1994 over George Pataki.  He sought and received the endorsement of the Liberal Party of New York, which is liberal in a New Deal-HHH kind of way, not a Populist Party-WJB manner.

Brownback was an early favorite of the Religious Right but he failed to catch on.  He was a conventional Republican politician without deep roots in the conservative movement.  He supported the Iraq War, contrary to the stance of his church (RCC).  He supported amnesty for illegal immigrants, as per the wishes of his church and, more importantly, the wishes of big business.  When he dropped out of the race in the fall of 2007, he was courted by the remaining candidates.  Although Brownback had made a national name for himself through opposition to abortion, he had kind words for pro-abortionist Giuliani after meeting with him.  He ended up endorsing the mushy McCain over several other candidates who were clearly more conservative and more anti-abortion.  In 2009, Brownback was an early booster of Kansas Governor Kathleen Sebelius for HHS secretary even though she is an ardent abortion rights supporter.  Coincidentally, Brownback is now running for the office that Sebelius vacated.

In 1968, Gingrich was a Louisiana coordinator for Nelson Rockefeller’s presidential campaign.  He was a 25-year-old graduate student at the time—old enough to know what he was doing.  Gingrich entered Georgia politics in 1974 as a Rockefeller Republican.  His political action committee, GOPAC, has been the recipient of large amounts of money from big business.  He belongs to the Council on Foreign Relations, supported Bush over Buchanan in 1992, and was a key backer of NAFTA and GATT.  Gingrich is an admirer of Franklin D. Roosevelt, whom he refers to as the greatest president of the twentieth century.  C. Douglas Dillon was an international investment banker, secretary of the treasury under JFK and LBJ, and an important friend and supporter of Governor Nelson Rockefeller in the 1960s.  In the 1990s, Dillon contributed nearly $100,000 to GOPAC.  It is inconceivable that Dillon would have given such money to groups controlled by more authentic conservatives (e.g., Taft in the 1940s, Goldwater in the 1960s, or Buchanan in the 1990s).  In his personal life, Gingrich does not walk the walk when it comes to traditional conservatism.  He supports the violent exporting of “democracy” around the world but was a draft dodger during the Vietnam War.  He appeals to “family values” conservatives but is currently with his third wife following affairs and divorces.

In 2000, McCain of Keating Five fame ran a faux populist campaign emphasizing political reform.  He appealed to many independents but alienated the Religious Right with disparaging comments about Jerry Falwell and disinterest in abortion and other litmus test social issues.  His status as the darling of the mainstream media also called into question the genuineness of his conservatism.  McCain was the neoconservative favorite in 2000 and he retained substantial support in 2008, although he had to share the ex-Humphrey support with Giuliani.  Neocon guru Bill Kristol backed him both times, yearning for a McCain-Lieberman ticket the second time out (again, the confluence of Rockefeller-Humphrey liberalism).  Max Boot, former Wall Street Journal editor and a senior fellow at the Council on Foreign Relations, was another advisor, as was quintessential establishmentarian Robert Kagan.  In addition to having the 2008 support of those belonging to the wing of the GOP led by “former” Democratic liberals, he also had the assistance of “former” Republican liberals, including Henry Kissinger, Alexander Haig, George Shultz, Brent Scowcroft, Lawrence Eagleburger, and Colin Powell.

As I’ve written in another context, the writings of paleoconservative and libertarian intellectuals are often initially bracing but ultimately depressing.  Some of my favorite writers, magazines, and websites fall into this category.  They tend toward doom and gloom, which are exhilarating in a perverse way because the depressing truth is so boldly set forth.  And yet a steady diet is dispiriting because depressing truth is still depressing.  One can only take so much negativity.  It needs to be balanced out with hope, innocence, simple pleasures, and wholesome comforts.  Or, as Philippians 4:8 puts it, “Whatever is true, whatever is honorable, whatever is just, whatever is pure, whatever is lovely, whatever is gracious, if there is any excellence, if there is anything worthy of praise, think about these things.”

This brings me back to 2007.  Preparing another jeremiadic passage for my book, I wrote these words: “CPAC, how far you have fallen during the past 30 years!  Can you imagine Ron Paul winning the 2008 straw poll?”  Unusually enough for me—it was the second time in my life—I was in Washington, D.C., this past weekend.  I was at a much smaller and less publicized conference in town when Dan McCarthy informed me that Ron Paul had won the 2010 straw poll.  I couldn’t believe it.

Yes, there were boos when the results were announced.  Yes, a probable majority of CPACers detest Paul.  Yes, the mainstream media and brain-dead “Right” ridiculed the victory.  But still.  It was the largest number of straw poll voters in CPAC history.  Paul won a solid plurality over Romney (31 percent vs. 22 percent), and the rest of the pack were in single digits (led by Sarah Palin with 7 percent; the execrable Gingrich netted only 4 percent).

Good for Ron Paul.  Good for CPAC.  Good for us.  The long-term benefits may be negligible, but let us be happy for now.  I was too cynical.  Sometimes the true, the honorable, the just, the pure, the lovely, the gracious, the excellent, and the praiseworthy win, even in this fallen world.  We should think about these things.

I’m not saying Congressman Paul is perfect.  I don’t want to exaggerate the spiritual importance of a straw poll.  Perhaps you don’t care about politics.  Maybe you don’t like libertarianism or prefer populism.  But, for me, Paul represents values that are, for the most part, worthy of praise.  And highly unusual in our nation’s capital.  The fact that Ron Paul’s plea for liberty, tradition, and peace received far more support than any single embodiment of phoniness at a Republican gathering is worthy of reflection.  At the least, it should bring a little smile to the faces of those of us who are chronically dissatisfied as we survey the republic from our front porches.

Localism and the War on Drugs: A Review of The Least...

The Letter to Iran and Bipartisan Hype