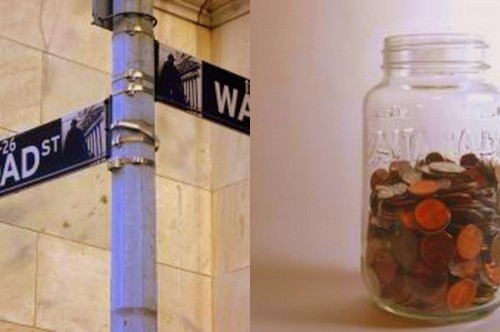 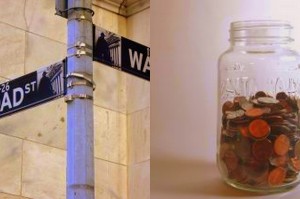 Irving, TX. Everybody is aware that the great and powerful banking institutions run by the new class of “masters of the universe” have failed, and now exist only by their privileged access to the public purse. And you will no doubt be happy to know that they are once again profitable and paying big bonuses. Of course, they are not profitable due to their lending activities, which largely they aren’t doing, but by the same sort of financial speculation that got them—and us—into this mess in the first place. The banks won’t lend because they can’t find borrowers who will pay them back, and the borrowers can’t pay them back precisely because of the way the banks wrecked the financial system and the economy along with it.

Yet through all this there is a bank that did not fail, that is not in trouble, that has no difficulty in finding borrowers and in getting repaid. That bank is the Grameen Bank, the institution that practically invented micro-finance. I had the distinct pleasure last night of hearing an address by its founder and guiding light, the Nobel-laureate Dr. Muhammad Yunus. The Grameen banks lends 100’s of millions of dollars to poor people in Bangladesh and around the world. The good doctor now heads a vast organization which employs 27,000 bankers in Bangladesh. Yet he was not a banker, but an economist. So how did he learn to run a bank, to set up the complex procedures and safeguards that such institutions require? It was very simple, he explains. They just went to the existing banks, the experts who have been in the business for a long time and who know how to get they job done. They examined all their practices and procedures, and then did exactly the opposite.

The banks lend to the rich; Grameen lends to the poor. The banks require collateral; Grameen’s borrowers have none. The banks require complex legal documents and teams of lawyers; Grameen has no such documents, nor any lawyers. The banks lend mostly to men; Grameen lends mostly to women. But there is an even more fundamental distinction between Grameen and Citibank. The too big to fail banks are mostly in the business of creating money and investing it in financial speculation; their activities have only a remote connection with the real economy, the economy of production and jobs and the creation of real wealth. Yet their speculative activities have the power to wreck the real economy. Grameen, on the other hand, is connected with the real economy. When they lend $50 to a women, she buys chickens, or goats, or a sewing machine, or some actually productive asset, something that actually adds to the real wealth of the borrower and the nation.

There is of course another distinction. Grameen is not in business to make a profit. It does in fact make a profit, but that is not the point. Making a profit only allows it to continue in being so that it can continue to fulfill its function, which is to bring people out of grinding poverty into self-sufficiency and self-reliance. It aims at building strong families, strong communities, a strong economy, one centered on the lowest rather than the highest. That is to say, it is a social business, a business that has a social point and helps to create a particular kind of social environment.

Looked at in that way, all businesses are social businesses; they all contribute to a particular kind of social order. But different kinds of businesses presume—and build up—different kinds of social order. Citibank has its own view of what a just society ought to be. Of course, they would never articulate this vision in polite company. They will fall back on the glibertarian rhetoric of “freedom,” even as they work to destroy the material basis of that freedom. Liberty in this view is a commodity like any other, one that has a price. Think of our Supreme Court, which has ruled that “money is speech,” and hence those with more money have more rights to free speech, and the corporations, with nearly limitless access to money, have nearly infinite rights to “free speech,” surely more rights than any mere citizen, any real person.

Dr. Yunus is familiar with talk. He was formerly the Chairman of the department of economics at Chittagong University. Yet it was contact with the villages surrounding his university that made him realize that all the complex formulas, all the high finance and foreign borrowing were not working. Or rather they were working, but only to increase the poverty and misery of the people. He discovered that he could solve the dependence on loan sharks in one village with a mere $27 in capital. For a man who was used to working in millions and billions, this was a real revelation. And that was the beginning of the Grameen Bank.

What Dr. Yunus came to realize is that all economic theory was built on considering only half of what men really are. It is built on the fact that men are selfish. And so they are. But that is not all that they are. Men are also unselfish, because without that, no social order—and no economy—would be possible or sustainable. So the good Dr. set out to found an economics, and a bank, built on the whole man, and not just the half-human.

In his most recent encyclical, Caritas in Veritate, Benedict insisted on the Principle of Gratuitousness as a necessary principle of economic order. This makes no sense, indeed, has no meaning, to the economist. Business and economics is merely about wealth creation, and no principles of love and gift are involved. Further, the introduction of such a principle can only compromise the “scientific” basis of economics, and only hamper the “efficiency” of the business. And yet, it is Grameen that is standing on the strength of its borrowers, while Citibank stands on the public purse. Citibank grinds us all down with their debts; Grameen lifts up its borrowers to real freedom.

I believe that Dr. Yunus, and Pope Benedict, are right and the bankers are wrong. Man is indeed selfish, but he is more than that. A banking system that is built only on selfishness will only build up a social order of selfishness. But this order will turn out to be disordered, and in constant danger of collapse. Further, this disorder privileges the possessors of capital, who must always be few, and sets them at war with those who possess only their labor, who will always be the many. But Grameen unites capital with labor to make the person and the family productive and self-reliant. Like other businesses, it makes a profit, which it distributes to its owner-depositors, but its purpose is to make a gift. The gift is funded by an exchange, but is not reducible to that exchange.

The social order needs to be funded; we all need to eat. But it cannot be reduced to mere eating, or soon we will be eating each other. Indeed, banking reducible to greed alone is a kind of eating of the other, or at least eating their substance and reducing their livelihood. But there is not the slightest reason it has to be that way, and the distinction between Citibank and Grameen Bank proves this. Indeed, it is the difference between greed and gift; between business understood as a taking of all you can get, and business as a means of giving all that you can.