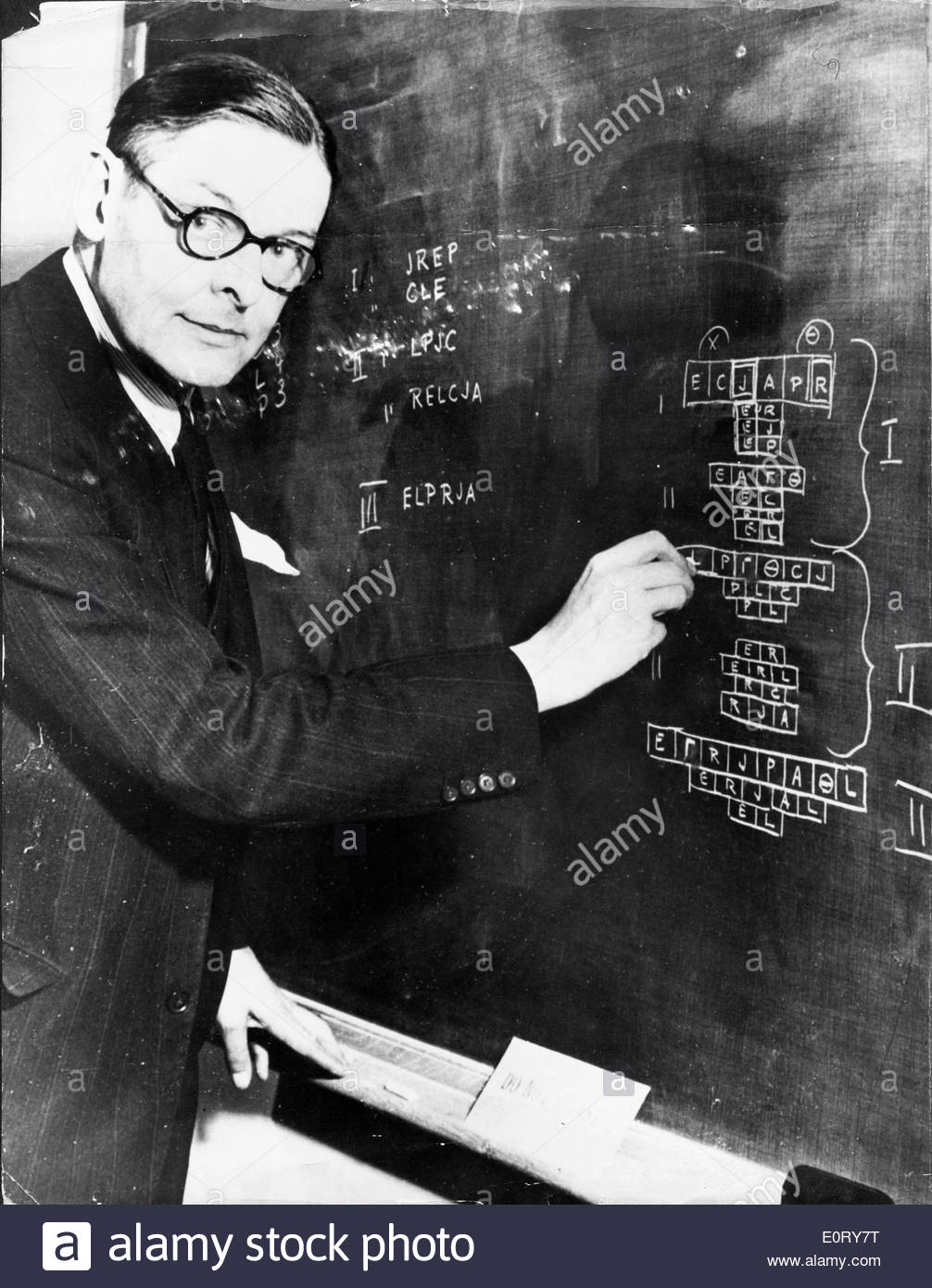 Devon, PA.  In T.S. Eliot’s first play, The Rock (1934)–to his mind not really a play, but a pageant written as a favor to benefit the Church of England, in collaboration and to which he could scarcely claim authorship–he offers an extended meditation on the function of community in temporal and spiritual life.  The play served its turn as a benefit, but was never reprinted as a whole; Eliot did, however, preserve the choruses from it–the only elements he considered particularly poetic and capable of standing independently within his Collected Poems.  Safely there inserted, they have become some of Eliot’s most easily understood and, perhaps surprisingly, best loved verses.

Eliot’s criticism distinguished repeatedly and painstakingly between religious or devotional poetry and poetry per se; his later career (from 1925 onward) can be understood as an attempt to write Christian poetry in such a way that it would appear to the reader simply as poetry and not as a devotional exercise.  How, as it were, could he write as Dante wrote in his Commedia and not as, say, the lesser lights of the Seventeenth century (George Herbert, for instance, whom Eliot only gradually came to adore), or Christina Rossetti in the Nineteenth?  But with The Rock, he did not have to ask such questions because the intention had never been to write a poem but to raise money for the Church to build new church buildings in the London suburbs.  Consequently, the prosaic but often beautiful long lines of the Choruses from The Rock have become a devotional favorite among lay readers.  I should never have known about this, had a friend of mine, otherwise uninterested in Eliot, not quoted several verses to me from memory.

This Thursday (March 11th), I have the honor of delivering a lecture on The Rock at Patrick Henry College; there, I shall unpack the intricacies of Eliot’s play, particularly such verses as these:

What life have you if you have not life together?

There is no life that is not in community,

And no community not lived in praise of GOD.

Even the anchorite who meditates alone,

For whom the days and nights repeat the praise of GOD,

Prays for the Church, the Body of Christ incarnate.

Eliot has often been misunderstood as some sort of fascist, even though his major works in poetry, drama, and prose from the 1930s are explicit critiques of nationalist and socialist ideologies from the perspective of orthodox Christianity.  But one sees here, and elsewhere, in Eliot’s work a concern with the sacral community as the necessary condition for man to live a flourishing moral and intellectual life.  In a similar way, one often hears Eliot referred to–positively or negatively–as a stoic.  While it is clear some stoic influence was transmitted to him by way of Pascal and other early-modern thinkers, his deep conviction of the centrality of the sacral community is often couched as a critique of stoicism — particularly as it appears in the ancient tragedies of Seneca and the early-modern ones of Shakespeare.  Thus, my inevitable title:

The Rock Against Shakespeare: Stoicism and Community in T.S. Eliot

Description: The lecture will be the first in a series of Barbara Hodel Center’s “Coffee House.”

This lecture is intended mainly for the students at Patrick Henry College, but I am sure that the occasional FPR reader would be more than welcome, and I hope this may contribute to the severally expressed desire for real FPR events that leave the internet behind as if it were so much, um, ether.