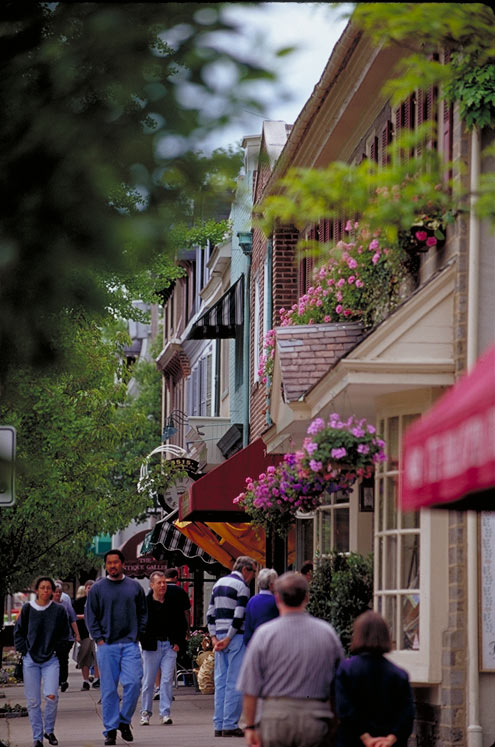 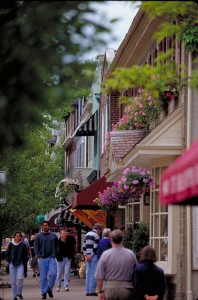 The answer from middle-aged baseball fans like myself is usually “no.” Granted, I thought it neat to vote for Major Baseball all stars when I was a teen, hoarding as many ballots as I could and pushing through the chad for as many Phillies as possible. Mind you, know one seemed to complain about dangling chads when Davey Concepcion consistently beat out Larry Bowa to start for the National League as shortstop. Age tends to cool the ideals of youth and now the summer classic appears to be just another excuse for hype, a meaningless exhibition game, that the semi-gods of baseball have attempted to rejuvenate by allowing the league that wins to have home field advantage in the World Series.

Even so, the idea of involving fans in a democratic process of determining the best ballplayers in a given year seems silly. If anyone is tempted to take such antics seriously, they should remember H. L. Mencken’s aphorism: “Democracy is the theory that the common people know what they want, and deserve to get it good and hard.”

So my answer to the debates about Howard and Pujols is determined by prejudice, with some knowledge of the relevant statistics. But no way do the votes of fans getting fat on over priced hot dogs and watered down beer decide for this fan the annual merits of men playing first base and beating the bejeebers out of the ball.

So why should we trust a similar technique for deciding the most distinctive community in the United States? I would not have known about this all-star vote had not my old home neighborhood of Chestnut Hill, Philadelphia, made the final round of the National Trust for Historic Preservation’s contest. According to the Trust, a distinctive community is a city or town that offers “an authentic visitor experience by combining dynamic downtowns, cultural diversity, attractive architecture, cultural landscapes and a strong commitment to historic preservation, sustainability and revitalization. In each community, residents have joined together and taken action to protect their town’s character.”

That description certainly applied to my old neighborhood. But by determining the “most” distinctive town through a democratic process, didn’t the Trust simply turn the contest into a form of boosterism, something that local Chambers of Commerce would use for increasing “bidness” and tourism dollars. And wouldn’t an influx of gawkers looking for “distinctive” souvenirs and hoping to dine on “distinctive” meals turn these communities into just another Wal-Mart, maybe with better goods and services – even distinctive ones, but no more a community than a greeter at the entry to Wal-Mart makes the store a shop.

Here are the results: 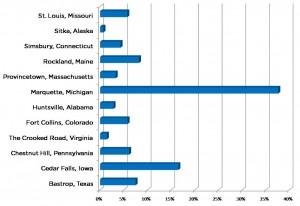 Don’t get me wrong, I’m sure Marquette is a pleasant place, and Michigan can use all the influx of cash it can handle before Michael Moore makes another documentary. And I’m not all that disappointed that Chestnut Hill lost since the underbelly of distinctive towns was recently on display in the neighborhood’s business life. A smart and energetic woman started a small food market in a part of the neighborhood that has needed one for a long time, even before the economy made any new business a valuable addition to the entire neighborhood. But the NIMBY mentality that afflicts opponents of nuclear waste – understandable – also took up residence in near neighbors of the market who used zoning infractions to keep the owner guessing, and more importantly, paying legal fees. At the beginning of April, the market closed and a shop that might have made Chestnut Hill even more “distinctive” went to the ash heap of the recession’s victims.

Meanwhile, the mainly good folks who reside in Chestnut Hill may console themselves that they live in a place more distinctive than Marquette. But Ryan Howard better have a big year if they are going to overlook the empty store fronts on main street while watching the moving vans cart away a good market’s appliances.

Opportunity in the Ruins