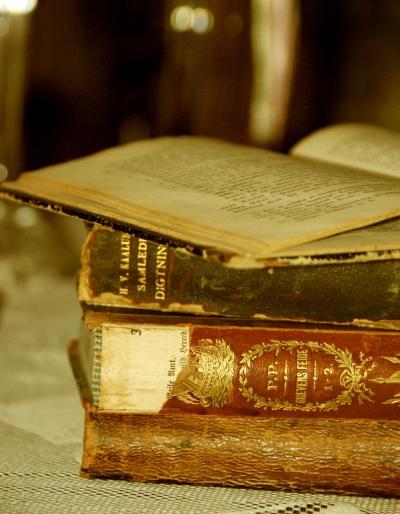 Two more literary magazines—the TriQuarterly at Northwestern and Shenandoah at Washington and Lee—are among the most recent publications to surrender their print status. They will soon be published online only.

George Core, the distinguished and long-time editor of Sewanee Review, our nation’s oldest literary quarterly, lamented this in a recent letter to SR contributors (of whom I am one). Suffice it to say that he is not sanguine about the future of the literary quarterly consigned to the internet. He does not believe that the benefits, whatever they may be, will outweigh the costs. The Republic of Letters, he says, will suffer.

Seven years ago, in a piece titled “Quarterlies and the Future of Reading” (in Virginia Quarterly Review), Mr. Core wrote that “any successful editor of a given quarterly must establish or continue an editorial program (that is largely based upon the history of that magazine) and hew to the line involved.”

The Sewanee Review, not alone but nearly alone among literary quarterlies that provide a review of letters unobscured by vacuous critical jargon and unmoved by ephemeral literary fashion, has to its great credit done just this—and not just since 1973 when Mr. Core assumed the editorship.

What its fate will be as a print quarterly will depend in part upon subscriptions, of course. (It is a very inexpensive magazine to subscribe to: four annual issues for $25.) But its fate will also depend upon the commitment of its sponsoring institution, the University of the South.

Sponsoring institutions are not always reliable. In that same piece for the Virginia Quarterly Review Mr. Core wrote:

“The first series of the Southern Review ended when General C. B. Hodges, LSU’s new president, casually scotched it. He disingenuously announced this economy as part of the university’s contribution to the war effort in 1942. Hodges may have been a good tactician, but he woefully lacked a sense of strategy for LSU. The general, whose literary enlightenment was markedly less than his understanding of college sports, continued to pay for the upkeep of the LSU tiger in an airconditioned cage. The amount of money involved was almost precisely the same as the subsidy for the Southern, then the best quarterly in the country by a large margin.”

“I can’t help blaming some of this on creative writing programs,” Mr. Smith said, “that seem to spring up from dragon’s teeth sown by some demented administrator, but of course, some of those programs actually display journals and encourage students to read them. I continue to hope that at least a few of the students see reading as a pleasure in itself and not just a reconnaissance mission.”

But that is precisely what reading in “the profession” has become: a reconnaissance mission, detective work. Scholars read with both eyes wide open, one eye open toward publication and the other open toward publication—the point of a literary life being, obviously, publication. How many professional literary scholars toting their CVs around have time to stop and read Charles East’s “The Delta,” one of the finest personal essays ever published in the Sewanee Review? That essay is about place, and no scholar who’s going places can afford to give a damn about place–or about clear elegant prose.

As libraries become ‘information hubs,’ and as readers become more interested in links to other articles than in the argumentative links in what they’re actually attending to—and, moreover, as budgetary pressures force librarians to choose between computers and quarterlies—we are going to see fewer quarterlies of good quality in print. Browsing in the periodical reading rooms—where they exist at all anymore—will drop markedly. Mr. Core’s contention—that more will be lost than gained in all this—will undergo its trial.

Whatever good can be attributed to the work of FPR and its contributors—and, in the spirit of limits, I would call it a limited good (and perhaps a limited evil)—it will not, in my opinion, be the same as the good accomplished by a healthy culture of print quarterlies.

That is, I believe Mr. Core is correct. More will be lost than gained as such magazines as TriQuarterly and Shenandoah leave the world of print.

But of course something else has already happened. Men and women have left, en masse, the periodical reading rooms. They have left them for their monitors. They have left off supporting with their meager dollars a print culture and they have agreed wholeheartedly to support with their large dollars an electronic culture. Twenty-five dollars for the SR is considerably less than what anyone reading this o’erhasty piece has spent for his or her computer. Several more subscriptions could be added to that total before the sum equals the price of a laptop. I acknowledge that a subscription to the Yale Review does not buy you access to pgatour.com or yourtimevaccum.com, but that is a loss to which each of us must assign a value if we wish to do honest bookkeeping.

I write this on a computer I paid $35 for four or five years ago. I pay an electric bill so that I can run it and I pay a subscription fee so that I can have phone service and internet access. (I would gladly do without the phone, but I am not the only person who lives in this house.) That is, I am complicit—willingly if reluctantly, reluctantly if willingly.

Complicit thought I be, however, I have attempted for good or ill to limit that complicity. I have attempted to limit it because I see it as a movement toward something I am fearful of. That that fear may well induce me someday to eliminate even the $35 computer I readily acknowledge, and, if that day comes, EtherSurfers will not mourn the loss of Peters’s Wednesday “contributions”—especially not when they discover that for $25 they can get four good books per annum out of Sewanee, Tennessee.

But at the same time that I have paid my $35+ I have also paid for and attended to good quarterlies—out of duty, I suppose, and out of love and loyalty too, and perhaps out of guilt, but also out of the belief that my money is better spent on, and is more needed in the service of, a Republic of Letters in print.

Is my conscience clear? No, it isn’t.

We will come too quickly in any such discussion as this to matters of medium or form. I will be told that a pdf file available on the internet is no better or worse that a printed version of the same thing.

I do believe, however, that the loss of print, should it ever come—and especially the loss of a healthy culture of print quarterlies—will portend little good for the culture at large. I am grateful to the readers of and contributors to FPR. I have enjoyed the onerous task of producing something every bloody Wednesday for … how long has it been now? But I will be grateful to know that FPR readers also support and read print quarterlies.

One could do worse than begin with the Sewanee Review.