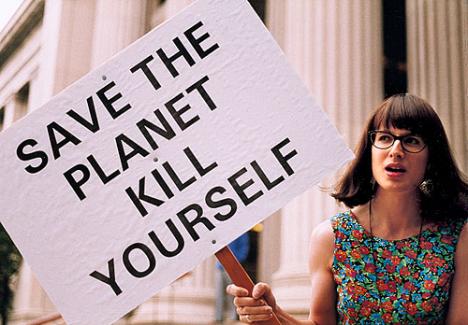 Devon, PA. One of the questions that seems to divide those committed to the vitality of local economies, cultures, and traditions on the left and the right is that of population.  We have seen repeatedly, in the comment boxes on this site, those who otherwise understand the deep interdependency of a robust community and a strong extended family or clan come up short at the suggestion that these things — and indeed all good things — can only be rightly understood and rightly stewarded in terms of the having and rearing of children.  Children, as it were, provide a hermeneutic lens: politics begins with children, because it ends with children; they are the condition of possibility for thinking rightly about the present, the past, and the future.  And so, the localist who looks with the disdain of Philip Larkin on the having of children —

Man hands on misery to man.

Get out as early as you can,

And don’t have any kids yourself.

— the localist who thinks the surest means to vital small economies is a smaller population; the localist who dreams of sipping a bottle of pinot grigio at a sidewalk cafe precisely because there are no spotty teens loitering about (or anywhere to be seen), is probably the only sort of localist who is truly a purblind romantic, an unrealistic dreamer.  He lacks the requisite condition for thinking soundly about the claims of the past and future upon our actions in the present.

Such persons wish to defend the “environment,” because they love it better than their fellow man, though they love their own postage stamp of reality more than anything; their defense seems rooted chiefly in a contempt for those who would drink the “resources” that they would prefer to keep from themselves.  They project a bad conscience about their own appetency onto the mass of humanity that poses the “real” threat to a “sustainable” future; they look with scorn on the beach house or the meat-eater precisely because these things follow from their own unsettling hungers.  Further, they see in the suffering of the sick and hungry a threat to their own happiness — not because they too might someday require food and drink, but because the sight of wasting humanity is an affront to good taste.

Christian critics of modernity such as T.S. Eliot and Jacques Maritain insisted that the modern liberal regime was a deadly one.  It promised earthly prosperity precisely by means of closing off the horizon beyond which lies not the good of this world only but the Good Itself, separate and universal.  In Integral Humanism (1936), for instance, Maritain advanced this Aristotelian proposition:

To propose to man only the human . . . is to betray man and to wish his misfortune, because by the principal part of him, which is the spirit, man is called to better than a purely human life . . . The remark of Aristotle’s that I just recalled—is it humanist, or is it antihumanist? The answer depends on the conception one has of man . . . [Integral] humanism . . . tends essentially to render man more truly human . . . it at once demands that man develop the virtualities contained within him, his creative forces and the life of reason, and work to make the forces of the physical world instruments of his freedom [whose end is God].

Early Modern humanists once suggested, and secular humanists today suggest, that a better life may be had by all living human beings once we have sufficiently narrowed the terrain of discussion, concern, and planning. “Immanentizing” the human mind, until it dwells only upon the problems of the body or of bodies aggregated together in the penfold of society, was the chief necessity in the quest to securing the perpetual earthly happiness of mankind.  Maritain rightly draws attention to the dehumanizing effect of this supposedly humanizing project: man’s intellectual nature moves inexorably toward the highest good.  He is not satisfied to count bottle caps or to program computers, he is not satisfied by the planning of entire societies, the dreaming of fleshly utopias.  His mind can settle only within that thought it cannot comprehend and pass beyond — because the mind, as spirit, has no matter for its true object, but only the splendor of the divine.

But this warning — even from the left-leaning French philosopher — went largely unheeded.  The secular humanist became the secular liberal, dreaming of close horizons and well planned cities, of thought reduced to praxis and the good life reduced to the easing and, perhaps, the titillation of the human estate.  Maritain lived only long enough to see the degradation such low ambitions wrought upon the human spirit; in 1973, at his death, one could well have imagined a perpetual regime of secular humanism, cultivating human beings like ants behind the glass of a terrarium, regulating and administrating their bodily and “psycho-biological” happiness from generation to productive, docile, and dull generation after the fashion of Huxley’s Brave New World.  Though he was not quite certain how it might come about, Eliot once suggested that the only threat to this regime was inanition.

We have seen, however, that the modern welfare state does not have self-perpetuation at its heart.  The secular liberal regime only gestures toward securing the “good life” for this and future generations.  Rather, its horizon is much narrower than the life of this world, to the point of becoming that of the life of this generation — a generation or two at the most, as one takes into account the helicopter parenting of the trophy child one elects to have implanted sometime in one’s late-thirties (a kind of procreation one hesitates to identify with the wide horizon and venerable desire for son and daughter, heir and mother-to-be of grandchildren).

Keynes’ observation that, “In the long run, we’re all dead,” would more accurately be phrased, “What the hell, I’ll be dead by the time the bill comes.”  The deficits and debt of the social democratic West, from California to Catalonia and beyond, testify that the deepest, perhaps unconscious, aim of secular humanism was never to secure human dignity and prosperity, but merely to ensure the ease of our bodily estate now, quite indifferent even to the existence of those future generations left to set up their lean-tos amid the ruins of our glassy administration buildings, and to burn our devalued currency for fuel.  The spectacle of modern social democracy bespeaks therefore not merely worldliness, philosophical materialism, and greed.  It is both the product and cause of a complete spiritual boredom that dreams neither of the earthly immortality of sustaining and cultivating a civilization, of begetting one’s likeness so that one’s life’s work may continue, nor of the true and only heaven.

Small is beautiful not because it purposefully stunts its growth, sterilizes itself, or controls itself with an obsessive and dominating rigor that would impose a little circle of stasis on nature and in defiance of it.  The small community is desirable, not because it gives the fleece-vested among us an opportunity to savor a mochachino before heading up to Mount Rainier for the afternoon.  The small household is beautiful, not because of its unpeopled quiet, but because the crush of kids playing and squabbling, raising and getting along together is the earliest and the latest fulfillment of our political natures.  With and as children, we learn to be human; with and as the parents of children, we learn to be adults.  Those who truly see the essential value of home production, the bonds of community, the propinquity of growing and eating, of making and using in a settled place, see also that these exquisite attributes of the small and local are made possible by big families and that big families are a large part of what makes them valuable in the first place.

I have not hesitated to caricature the secular humanist localist, he whose love of the proper human scale seems driven chiefly by his desire for a happiness scaled to himself alone.  And yet, I am conscious that this caricature does not fit all such persons.  Many of them indeed see the attraction of the family loaded with children; they love wild spaces and walkable cities not because it affords them consumption in luxuriant solitude, but because they see the goodness of such things — and would like to share them, if only they had not been convinced by the neo-liberal regimes of our age that children are a threat to . . . the ice caps, the future, themselves, the Jetta, the polar bears, and so on and so forth.  Such persons do not dream of  late and transient “companionate marriage,” but would like to rock the perambulator or double-stroller as they sit in the cafe, gazing upon the park across the street where their older children grow flushed at play in the autumn afternoon. Their idylls have children, but like Swift’s Lilliputians, their sense of guilt tells them the having of children is fundamentally a “selfish” desire.  In some of the early agrarian essays of Wendell Berry, for instance, he issues a sharp criticism of contraception and the culture it has spawned, but always with the qualification that he feels the force of the then fever-pitched concerns regarding over-population.  Always honest, Berry confesses the antinomy and moves on.

To those much suffering persons, divided against themselves as if the human condition were tragic, we say, fear no more.  Set by your heavy conscience and start having children — now.  For, your comic victory will come in their laughter.  If you do not, the small bucolic scenes that promise the heart’s delight will, in your foregone childrens’ silenced lifetimes, be reduced to a ghost town of grey.

[this essay was occasioned by the link above, and so I urge the reader to click upon it]