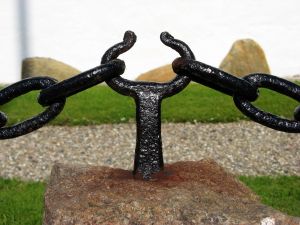 This is the first of several reviews of John Medialle’s book Toward a Truly Free Economy. Others will run over the next several weeks.

Modern economic theory has been a dismal failure, creating a “superhighway” toward serfdom, with a legacy in the United States of an “unrepayable” federal debt of $12 trillion in 2010, up from a mere $700 Billion in 1981. That is JUST one of the sobering conclusions to be found in John Medaille’s splendid new book, Toward a Truly Free Market: A Distributist Perspective on the Role of Government, Taxes, Health Care, Deficits, and More (ISI Books, 2010).

At one level, the volume works for the non-specialist reader as a basic primer on economics, cutting through the complex bric-a-brac of abstractions and numerical formulas that economists OFTEN employ in their quest for recognition as scientists. Using clear and accessible prose, Medaille sorts through key terms such as Equilibrium (“The Tao of Economics”), Demand and Supply curves, and the nature of Money, Land, and Labor. He also offers a surprising twist to the supposed tension between the economics of John Maynard Keynes and that of the neo-Classical economists and their Austrian cousins, with Friedrich Hayek as the exemplar. Keynesianism, he shows, successfully employed government control of “aggregate demand” in the economy, using large government deficits to pump up economic activity to overcome recessions. And in fact, since about 1950, recessions have been less common and of shorter duration than before because of these interventions. The problem, though, has been that elected governments are unable to implement the other side of the Keynesian equation: during the time of prosperity, raising taxes in order to pay down the new debt. It turns out that few politicians have been ready to “take away the punch-bowl” just as the party swung into high gear. The result was steadily rising debt, and diminished effectiveness of the Keynesian magic. As found among drug addicts, ever higher doses of stimulus have proved necessary to get the same effect; the current stalled recovery suggests that Keynesianism has just about run its course.

Since 1980, moreover, political regimes led by figures such as Ronald Reagan and Margaret Thatcher have sought to implement some aspects of Hayekian economics, usually by slashing taxes and deregulating high finance and corporate behavior. Yet the shared consequence of haphazardly combining both theoretical systems, in Medaille’s words, is that “[w]e have saddled our children with crushing debts, just as we have deprived them of the independent spirit which leads a man to pay his debts.” This accelerates the turn to modern “serfdom,” involving the exchange of liberty and real property for the security of state-provided welfare benefits. Indeed, Medaille also argues that the supposed tension between Keynes and Hayek is mostly illusion. Hayek, for example, endorsed in his Road to Serfdom both a state guaranteed minimum in food, shelter, and clothing and a social insurance scheme presumably involving some version of old-age, health, and unemployment insurance. For his part, Keynes heaped praise on Hayek’s classic, declaring himself in “a deeply moved agreement” with its arguments and spirit.

More importantly, Medaille asserts that both economists agreed that economics was a science and that questions of justice should be left out of economic calculations (Keynes would haul equity questions back in through politics alone and the re-distribution of wealth). Moreover, Medaille directly challenges that claim, as made by Milton Friedman, that “economics is, or can be, an ‘objective’ science, in precisely the same sense as any of the physical sciences.” As he notes, economists suffer from “physics envy.” The author counters with a distinction between the physical sciences and the humane sciences. The former operate on the basis of iron laws, such as the law of gravity, from which there is no escape (e.g., a planet cannot decide to reverse its orbit). The latter involve human relations and human volition, or choice. Since economics concerns the material provisioning of society, which rests on human interaction, Medaille concludes that it “is therefore a humane science and not a physical science.” Moreover, every humane science must also have a standard of health by which to measure results; put another way, it must provide a purpose, “an end,” or a telos for humankind, which clarifies in turn the nature of justice.

Medaille suggests that economics—better labeled as political economy—lost its way under the influence of David Hume and Bernard de Mandeville. The former argued that unless a truth claim rested on abstract reasoning, quantification, and experimental reasoning, it should be committed “to the flames” as “sophistry and illusion.” The latter, in his Fable of the Bees, claimed that the worst vices of the prevailing Christian moral order (such as greed, lust, gluttony, and envy), when applied to economic life, would actually produce the greatest public good. Roll these ideas together, Medaille implies, and you have the basic framework of much of modern economic theory. As his antidote, the author returns to the political economy of Aristotle and to the necessary place of justice in proper theory. He summarizes the ancient Greek’s “sophisticated analysis” of demand function, the difference between “use and exchange values,” the nature of money, and the role of usury (defined here as consumer debt). Aristotle also argued that “[t]he family is the association established by nature for the supply of men’s everyday wants.” Medaille elaborates: “It is the family, and not the individual, that is the starting point (contrary to modern economics) because only the family is self-sufficient; an individual in isolation can neither reproduce nor provide for himself.” Accordingly, all economics is necessarily social, or communitarian. This return to Aristotle also points to measures of justice. For example, Medaille describes the “just wage” as one where working families can live in the dignity appropriate to their society; “…can do so without putting wives and children at work”; have some security against sickness, layoffs, and old age; and can achieve these conditions without reliance on government welfare payments or usury.

The author also resurrects the key insights of early 20th Century Distributists, notably Hilaire Belloc and G.K. Chesterton, reframing them in contemporary terms. These include: –“Markets are not natural phenomenon, but are socially created”; –“…capitalism and the free market are incompatible”; –“All markets are… embedded in particular societies and in history”; –“…exchange does not create wealth; that happens in the production process”; –“Values [in the economic sense] are created only from human labor applied to the gifts of nature”; –“…if the worker is to reap the full value of his labor, then he must own an interest in the land he works”; — “Property must be seen as an aid to productive work, and not as a substitute for it”; and —-“This accumulation of property into the hands of those who do not use it is the sole cause of the vast inequalities that bedevil civil society and economic order” [referencing here Adam Smith—one of the author’s heroes– “Wherever there is great property there is great inequality…[and] the indigence of the many”]. In each case, Medaille provides provocative elaborations of these basic premises behind the Call for a Property State. ‘

In sum, the appearance of Toward A Truly Free Market is a cause for celebration. It should help open the ‘closed shop’ of economic theory to a potentially rich and fruitful debate, introduce Distributist ideas to new generations of seekers, and chart a fresh path to the restoration of a productive, humane, and just political economy.

I Want to Be a Consumer