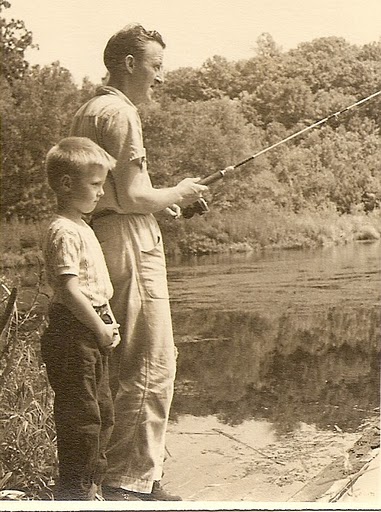 Kansas City is a vast inland city, and its marvelous river, the Missouri, heats the senses; the maple, alder, elm and cherry trees with which the town abounds are songs of desire, and only the almonds of ancient Palestine can awaken the hungry pores more quickly.

-Edward Dalhberg, from Because I Was Flesh

This piece originally appeared in the Webzine As it Ought to Be.

Mid-Hudson Valley, New York. The place to which I first belonged, which belonged to me then in flesh and belongs to me now in memory – memory visual, aural, tactile – was a 165-acre Hudson Valley farm. On the east bank of the river, just north of the village of Croton-on-Hudson, itself some forty miles north of New York City, overlooking the river from the crest of what seemed such a great hill to me then, the farm was no longer worked, but it was kept well.

Willard Brinton, a Quaker from Philadelphia, an engineer by training, owned the property with his wife. We had moved to a house that abutted the farm when I was four years old. Not long after I met two brothers, Mike and Geoff Sutherland – one older, one younger than me. They lived on the farm itself with their parents, who had bought a house from “old man Brinton”, as he was called behind his back. We became explorers and scouts, walking the property’s bounds, exploring hay ricks and caves, skirting the lake where, with our fathers, we would fish while our mothers sat on the steps of the cabin that fronted the lake and drank cheap sherry. We flushed a giant one early fall evening and went running to our fathers to tell them. Having encountered giants themselves when they were young, they did not discount our story, but instead went off in search of him. He was gone by the time we returned.

Ever restless, old man Brinton was always having something done on the property. One of the greatest of his works was a series of cascading ponds, formed by building a series of small dams on the stream that ran through the property and down into the Hudson. One was fitted with a diving board. There we swam, trying hard to jump on each other as we ran off the board. One day we spotted a huge snapping turtle in one of the upper ponds. “Big Mike”, my friends’ father, was able to lift it from the edge of a pond into a 55-gallon barrel filled with water. I don’t know why it deserved such confinement. We knew it could be dangerous to us, but his pond was not where we swam.

From the house where I lived, I could walk through the woods down to the railroad tracks that ran along the Hudson. Today’s parents would not think of letting their children do what we were allowed to do: cross those tracks to get to the river bank. But my father had grown up in New York City and my mother, an Englishwoman, had survived the Blitz in wartime London, so what harm could come to us? The tracks were a source of coal that fell from the steam engines’ coal cars and a source of the odd equipment – shovels, lanterns, mysterious tools and pieces of metal – that fell from the trains. One day my friend Geoff and I were standing on the river bank when a huge fish broke the water’s surface: its back seemed to go on forever. We ran screaming from the bank, flew across the tracks with no regard for what might be coming and fled through the woods back up to the house. Only years later did I realize that it was a sturgeon, probably one of the last of the very old ones that would migrate up the river.

We moved not long before I turned eight. My mother was expecting another child and the house which we rented was too small for four of us. So we found a house in the village itself. Was I now to live east of Eden? I don’t remember ever feeling that way. Before I had ridden the school bus, now I could walk to school. Having walked the metes and bounds of Brinton’s farm, having made it my own, I could now walk the village. Before the dangers were hayricks that could collapse, or mud that could suck you in if you weren’t careful. Now I needed to watch out for yard dogs off their leads and, worse, bullies whose prey I could become.

But the dangers were minor compared to what lay before me now. I could be sent on errands, walking and later riding my bike into the village center from the knoll where we lived. I had friends in every direction. Best of all I could walk to the library.

The library was housed on the second floor – no, I think it was the third – of the Municipal Building, an otherwise undistinguished three-story pile of brick that housed the village and the town offices, the police department and the local justice court. Tall-ceiling’ed, the walls lined with shelves, the shelves supplemented by free-standing bookcases that thrust out into the room like Manhattan piers, the library was presided over by a stern-faced woman who wore tweed suits and sensible shoes. The deference of children to adults was a given then, in the mid-Fifties and, as the librarian, she was to be treated with especial respect. Her’s was the final word on behavior: if she threw you out, there was no appeal. Rumor had it that several children had died under her stern gaze, but we never found their bodies and suspected that she encouraged this belief to keep us under control.

I needed no control in the library. It was the world made large for me.  I could walk into the books on the shelves and inhabit them, living inside the worlds they contained for as long as I liked. Then, as now, I would return home laden with books. I would haul them up to my room and only then discover which ones I really wanted to read. Looking now at my online library record, I see that I have out far more books than I can read in the time I have them. At least back then the librarian would look at my record and inform me that I had hit the limit and would have to bring some back before I took out any more.

Layers of place accreted over the years. Later, in high school, I discovered a passion for biology and would roam the woods and paths of my village. Heavily developed now – I no longer live there, but visit occasionally – then there were still large parcels of undeveloped land. They were not posted or, if they were, we paid no attention. My chief prey were the bullfrogs that inhabited a particular pond and swamp. I would return home covered with muck and reeking of swamp odor and would be directed to the back of the house where I stripped naked,  hosed myself off and, wrapped in an old towel reserved for the purpose, ran upstairs to take a shower before dinner.

All places have limits which we must sometimes cross and I crossed the limits of mine when, during Vietnam, I went into the Air Force. Returning “home” in 1968, I realized that it was not home any more and, anyways, I had planned to live in New York City. Which I did for several years, then moved overseas for a year. Only when I came back and then only when I moved upriver about twenty miles, did I begin to replant myself.

Perhaps it was then that I began to develop some wisdom and realize that, like a river, life tears at the banks of our lives, constantly reshaping them. Mine had been reshaped – by the war (though I was fortunate and did not serve in Vietnam), by life overseas and the attendant collapse of my first marriage – and I knew that I needed to stay in one place for a while. Which I have, thirty-five years, thirty of them in the same house. Which stands just one block back from the Hudson River, closer than I was to it when we first moved to Croton in 1950.

Can a river be a place? It can, but you have to step back to see it, to see how the river shapes the land as much as the land has shaped the river. To understand, as I did one bright morning, that I live not only on a river’s banks but on the coastline, because all the way up to Albany the Hudson River is, in fact, a tidal estuary, filling and emptying twice every day. It is the place where we launch our yellow kayak – a beamy little boat reminiscent of HMS MINNOW, Rat’s boat in THE WIND IN THE WILLOWS. We paddle out and then turn around to see the land from the river’s point of view.

Will I die here? I don’t know. I have tried living away from here and it does not work. Place is not simply a location, longitude and latitude. It is a wave from a car window, a “hello” yelled across the street, a joke shared over breakfast, a moment of silence for a friend suddenly dead by his own hand. The texture of the hand rail that you’ve gripped thousands of times, the sound that your tires make running over a particular stretch of road, reminding you that you’re coming up to a dangerous curve. It is, in the end, a vast web that runs wide and deep. Like the spider’s work, it can be repaired, but only up to a point. It requires diligence and hard work to be maintained.

Without it, though, we are dead long before we die.

A retired IBM systems programmer, John Dunn lives in New York’s Mid-Hudson Valley, not too far north of New York City. He began his professional life as an economist for the US Department of Labor, then joined IBM in 1982 after Reagan slashed the programs he helped to oversee. A self-described “conserving radical”, a decentralist and localist at heart, he learned from Bill Kaufmann that Norman Mailer described himself as “a left conservative”: John would plead guilty to the charge. His favorite thinkers and writers include Isaiah Berlin, the British philosopher and historian of ideas; R.H. Tawney, the British historian and socialist, and Wendell Berry, American regionalist. He has been told he is curmudgeonly. Smiling, he sometimes agrees.

A Metaphysics of Place: Reintegrating Nous and Cosmos at the Foot...