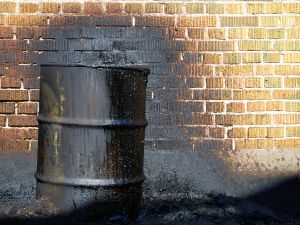 Jacksonville, AL.   Recently, American historians came out with another of their periodic rankings of U.S. presidents.  I didn’t bother to click on the link because I could guess the results.  They’re predictable.  Mainstream historians adore presidents who wage war.  If their administrations are despotic, in terms of overweening ambition and centralizing of power, that’s an added bonus, from their perspective.

Why?  It probably has to do with a low regard for the Constitution, disinterest in the sanctity of life, devotion to the cult of “progress,” and a vicariousness of scholars who lack power and influence in the real world.  Hence, it’s the Lincolns and FDRs who rank at the top while relatively peaceful and socially-well-adjusted men are at the bottom.

During the 2010 campaign, Dan Quayle’s son, Ben Quayle, made some headlines with a deliberately provocative and laughably pompous TV ad identifying Barack Obama as the worst president in history.  It’s an absurd commercial.  Not because we should like Obama but because it’s hyperbole coming from a hypocrite.

If you read a little about Ben Quayle, you learn that he was a skirt-chasing party boy not long ago and now he’s posing as a conservative with family values.  A typical phony politician, raised with a silver spoon in his mouth, who has a sense of entitlement when it comes to power.  Young Quayle promised to shake things up, or, in the eloquent words of the mouthpiece himself, “Somebody has to go to Washington and knock the hell out of the place.”  Unfortunately, there are a lot of conservative Republicans who are easily fooled by demagogues.  Like Pavlov’s dog, they salivate—or vote—when they hear the “Obama is evil” bell.  Enough turned out on election day to send Ben to Washington, where he will be a reliable vote for the same old shit while he plans his inevitable run for the U.S. Senate.

We can make our own Top Ten list of presidents, but let’s start at the bottom, since we live in an upside-down world.  Personally, I don’t think Obama is the worst president in history.  So far, he’s about average, in terms of badness.  In choosing the worst, there are many good candidates, but I vote for Woodrow Wilson.  Betrayer of the Jefferson-Jackson-Bryan tradition in the Democratic Party.  Enemy of racial equality.  Opponent of woman suffrage.  Architect of centralized government.  Bellhop of Wall Street.  Father of the Federal Reserve.  Enthusiast of World War I.  Violator of civil liberties.  Champion of the League of Nations.  Mentor of Franklin Roosevelt.  The damage he did to the nation and the world was immense.

Wilson was born 154 years ago: in Staunton, Virginia, on December 28, 1856.  Blessed with a fine education and considerable talent, he used his powers for evil rather than good.  It’s fitting that Woodrow Wilson and Theodore Roosevelt won the Nobel Peace Prize, while true peacemakers of their generation, men like Tolstoy and Bryan, were snubbed.  Actual peace is not toasted among the fashionable set of the world.  As Dylan puts it, “We live a political world, where peace is not welcome at all.  It’s turned away from the door to wander some more, or put up against the wall.”  Pseudo-piety is part of Wilson’s longstanding appeal for certain types.  War is peace.  Power as service.  Special interest masquerading as common good.  Realpolitik cloaked in idealism.

Elected governor of New Jersey in 1910, he was running for president a year later.  As is also true with Carter and Obama, when presidents seemingly come out of nowhere, with little experience and no big accomplishments, something is afoot.  There are powerful men behind the scenes who discreetly sponsor the fresh-faced dark horse who will embody more of the same while promising change.

That’s another reason to detest Wilson.  After 16 years of Republican presidents, a Democrat was elected . . . who then ruled like a Hamiltonian Republican.  Another in a long line of bait and switch, but it came at a particularly crucial time in history.  A real change was needed, but instead the unholy alliance between big government and big business was cemented, empire was solidified, and the opposition party was co-opted. This story, among others, can be found in Gabriel Kolko’s Triumph of Conservatism.

George W. Bush—aka Mortimer Snerd in the lap of the Bergenesque triumvirate of Rove, Cheney, and Wolfowitz—was channeling Wilson when he launched wars and pledged to end tyranny in our world.  Neoconservatives are neither new nor conservative.  They are direct descendants of Wilson, with some Trotsky DNA thrown in for bad measure.  When Julian Assange of Wikileaks is threatened with prosecution under the Sedition Act, that’s a legacy of Wilson from 1918.  Wilson is the awful gift that keeps on giving.

I nominate Woodrow Wilson for the title of “Worst President.”  Whom do you suggest?

The Deep and Discomforting Point of Populism (and Socialism, and Certain...