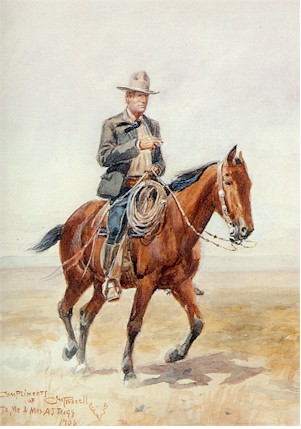 Kearneysville, WV. Let’s begin with a question: What is American? A plausible list might include such iconic things as John Wayne, apple pie, county fairs, baseball, and of course, front porches. But pushing the question further, are there certain political and cultural touchstones that comprise the essence of America?

Some have argued that America is unique among nations because we were founded on a set of propositions, namely, those expressed in the Declaration of Independence: all men are created equal, each endowed with certain rights, governments derive their legitimacy from the consent of the governed, and so on. If these ideas serve to embody the idea of America, they are only a part and to mistake them for the whole is a serious error. There is a complex amalgam of ideas and practices embodied in American history and tradition, and if we are to ask “what is American” we need to bring these facets to light.

FPR has recently published a series in which the author defends the virtues of monarchy. First, I think it is clear that for practical purposes monarchy is a non-starter in America. We lack a nobility, we lack a history, and, which is more, we utterly lack the inclination to establish monarchical institutions. However, by considering some of the weaknesses in our current system from the vantage point of a tradition other than our own, it is possible to shed new light on our own affairs. This is an exercise in imagination that can help us better imagine changes necessary to preserve that which we have inherited.

So what is American? While monarchy does not fit the bill, it is surely true that something in our system is amiss. After two hundred years, our democracy appears beleaguered and in need of revitalization. It is expressly the magnitude of our problems that make it possible for some to long for apparently better systems that haven’t a prayer in America. However, revitalization, if it is to occur, must take advantage of resources native to our tradition and, what is just as important, to do so in a native idiom. What, then, are these resources? What are the political and cultural forms that are intrinsic to America?

If we consider the American Founding, it quickly becomes apparent that certain political ideas embodied the spirit of that time and therefore serve as a foundation for our political institutions.

1) Republicanism. This is a form of government in which the will of the people is expressed and moderated by representatives gathered in a deliberative body. Virtually all participants in the debates concerning the American founding were committed to the republican principle. Federalists and Anti-federalists, while disagreeing substantially on serious matters, were in agreement that the new nation would be a republic of laws. This was simply axiomatic.

2) Federalism. This is the belief that while the national government had certain powers expressly delegated to it and within the purview of those powers was supreme, the states (and the people) retained all powers not expressly granted to the national government. As such, the states were assumed to be sovereign entities within the limits established by the Constitution. Of course, the notion of limited or divided sovereignty presents a conceptual and practical problem right, and that tension was present from the very start. The steady attenuation of robust federalism has served to undercut the republican nature of our system, centralize power, and given rise to suggestions that the system is irreparably broken.

3) Separation of powers. The most quoted political theorist of the founding generation was the French philosopher Montesquieu. His book, The Spirit of the Laws (1748), exercised a powerful influence over the America’s leading thinkers. Montesquieu advocates republicanism and lays out the principle of the separation of powers that clearly emerges in our Constitution whereby the three branches of government are separate and the most powerful branch (according to Madison) was divided into two houses. Power separated is less dangerous for when all the powers of the executive, legislative, and judiciary are united in one person or body, this, according to Madison, constitutes tyranny.

This question of scale—a central concern of FPR but largely forgotten in our age of centralization—was debated from the very beginning. According to Montesquieu, a republic can only survive if it is relatively small. A large republic, he argued, would soon devolve into something else. The Anti-federalists appealed to Montesquieu when arguing that the Constitution created a unitary power (not enough federalism) over a nation that was far too large to sustain a republican form of government (this even before the Louisiana Purchase and Manifest Destiny). In Federalist 10, Madison broke with Montesquieu and, in effect, turned him on his head. Madison argued that the problem of factions that so vexed small republics could be overcome by extending the size of the republic thus mitigating the chance that powerful factions could arise. Furthermore, if a faction did form, the size of the republic would hamper effective communication thus limiting its power and influence. Thus, a large republic is safer for liberty than a small one. Given the changes in transportation and communications technology since Madison’s day, we do well to wonder if an extended republic is still the effective buffer to faction that Madison thought. In the same light, we must ask what are the liabilities unique to a large republic. Those liabilities, whatever they are, must constitute a central part of our concern.

One aspect of self-government is, of course, secession. This idea ran aground in 1861, but a perusal of the various secessionist movements both before and since the Civil War (see Bill Kauffman’s book Bye Bye Miss American Empire) is enough to remind us that Americans have regularly and energetically embraced the idea even if implementing it has proven nigh impossible. In this regard, it is important to understand that while the Civil War was prompted by the secession of a group of states from the nation, there have been many movements in which one part of a state has attempted to severe ties from the state while remaining loyal to the nation. Kauffman muses that perhaps it’s time to add some new stars to an old flag. The union would be preserved but the idea of self-government might be better realized.

Kauffman argues that the people promoting separation by and large are motivate not by hatred of America but a deep affection for what makes the country lovely. In discussing the longing of many in upstate New York to separate themselves from New York City, Kauffman writes:

Secession may seem to be motivated by anger or frustration or asperity. Fact is, it flows from love. Love of one’s region, of one’s neighbors, of one’s ancestors and history and land and people. And love, of a different but palpable sort, for folks distant: for a man on Wall Street, a child in Harlem, a tree grower in Brooklyn. Love for these people demands that we let them live their lives as they see fit. That we stop meddling in their business. Secession insists on autonomy, on self-government. Secession is part and parcel of the American faith.

Kauffman, who has a knack for putting an idea in a succinct and compelling way, notes that the two ingredients necessary for secession are “a love of place and resentment of the capital.” Would the republic be revitalized by the addition of new states created by citizens claiming the right to governing themselves? It’s an intriguing thought.

In addition to these political ideas, there are cultural facets that provide necessary ballast, and bereft of these, the political structures will not survive unscathed. What are some of these cultural elements? Here, briefly, are a few.

1) Personal responsibility. Some favor the language of rugged individualism, and when properly understood this is an undeniable virtue of the American culture. A “can-do” attitude, one that is willing to initiate, innovate, and unflinchingly bear the consequences is an important cultural, as well as economic, driver. Personal responsibility is closely tied to self-control. Self-control implies the ability and willingness to regulate one’s own actions, for in the absence of self-regulation, laws are necessary to accomplish the same thing and generally less well.

2) Neighborliness. Personal responsibility is complemented by the virtue of neighborliness. Individualism without strong communities tends to strengthen the central authority, for in the absence of communities of mutual help, individuals will tend to find security and community—although a deformed and deforming version—in the state. Strong communities jealously guard the idea of self-government and prefer to render aid to those in need via private means rather than cede that privilege and duty to an anonymous bureaucracy that has no capacity to love and therefore lacks the ability to serve the community in the holistic fashion of neighbors.

3) Love of particular people and places. While it is possible to love a nation or a flag, these are abstractions that piggy-back on concrete loves directed at particular people and places. Burke argued that it is the love for the “little platoons” that tutors the mind and heart to love the state and perhaps even mankind in general. In other words, a proper love of the nation must be rooted in a love for particular parts of the whole, for no one can know the whole much less love it properly. Affection for one’s people and place makes self-government both desirable and workable, for love thinks in terms of the long term good rather than short term exploitation.

4) Freedom of religion. A major impetus in the founding of the American colonies was the desire to worship God freely. While freedom from religion was certainly possible to achieve in some colonies, the general tenor of the population was strongly Christian with a corresponding suspicion of a state church. Tocqueville was convinced that the spirit of freedom that was so prevalent in America was inextricably tied to the spirit of religion. If the latter waned, he thought, the former would necessarily follow suit.

These few political and cultural ideas lie at the heart of the American system. Short of a revolution (in thinking as well as in fact) they are the ideas with which we must work. Speaking of revolutions, though, there are those who seem to eagerly anticipate the imminent collapse of the republic. They regularly issue dire and confident predictions that the American system will soon implode—the predictions, of course, are constantly moved back to accommodate stubborn reality. While it may be that our republic (which in many respects has lurched toward an empire) is on its last leg, no American should take delight in contemplating its demise. There is much good worth saving. There are resources by which we can shore up that which has been damaged. The republic yet breathes.

The principles I have listed are, indeed, broad but they do suggest a direction for practical action: policies that respect and promote republicanism, federalism, separation of powers, and self-government ought to be championed. Those that do not, should be rejected. Likewise, the way we live our private lives should be characterized by personal responsibility, neighborliness, love of particular places, and reverence. These political and cultural touchstones are keys to the American republic and the soul of its people. While there is much work to be done and there are no guarantees of success, we don’t have to look far for the foundations upon which to build. They are all around us.

From Olive Trees to Overcapacity