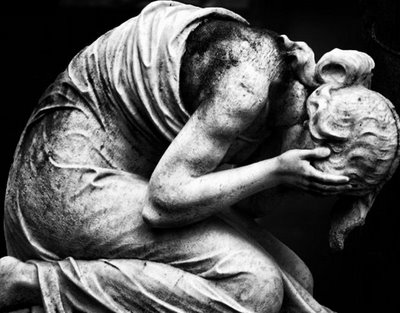 Kearneysville, WV. The events seem to come from nowhere. One minute life is normal, even mundane, perhaps happy. But in a heartbeat the thin veil of civility, security, and sanity is torn away and all that is left are the dead and wounded, the cries of anguish, and the unanswerable question: why?

Congresswoman Gabrielle Giffords was the best known of the victims of the senseless act of violence in Tucson that left six dead and more than a dozen wounded. We have come to learn that a nine-year-old girl born, ironically, on 9-11-2001 was another of the gunman’s victims.

Some in the punditry are suggesting that the vitriolic rhetoric that characterizes much political discourse is, at least partially to blame. A climate of hatred and violence is fostered by those willing to make outrageous claims and while most people take it all with a grain of salt, a few will be induced to act. Some are suggesting that the Tea Party is somehow responsible. In his column Sunday, New York Times pundit Paul Krugman wrote that “You could see, just by watching the crowds at McCain-Palin rallies” in 2008 that an outbreak of violence like the Oklahoma City bombing “was ready to happen again.” Limbaugh, Beck, and others on the right have accused people on the left of attempting to politicize a tragedy perpetrated by a lone nut. Business as usual without a hiccup.

But behind the blaming is a serious question that haunts us all, a question that too often gets drowned out in the media storm that invariably follows such events. The question, “how could this happen?” is a cry of the heart in the fact of suffering, a cry into the awful depths of emptiness and to a God who appears to have turned his back.

We like to tell ourselves that we are in control, that we live in a world of peace and security. We create buffers around ourselves to ensure against disaster, both natural and man-made. We buckle up, gulp vitamins, use sun-screen, tend to our 401k, lock our doors, and replace the batteries in the fire alarms. However, the veneer is paper thin. Our lives seem so secure, so comfortable, and then from out of nowhere a bullet is fired, an earthquake strikes, the doctor shakes his head and simply says “it’s inoperable.”

Why does the rain fall on the just and the unjust alike? Why do bad things happen to good people? As always there will be those who try to stop up the gaps that permitted this troubled young man to do what he did. The problem is that the dike is crumbling. It always has been. The world is a dangerous place. Human beings are an integral part of the problem and this is true even while acts of heroism mingle with the echoes of gunshots. Heroes and monsters inhabiting the same land. Or more precisely, heroes and monsters inhabiting the same skin, for as Solzhenitsyn put it so well: “the line of good and evil passes through the heart of every man.”

It is comforting to simply chalk up horrific acts to insanity, to abusive political rhetoric, or to inadequate laws. It is comforting, for such explanations create the impression that we understand and therefore might prevent such acts in the future. Unfortunately, the long train of human history indicates otherwise.

Space station commander Scott Kelly, whose identical twin brother Mark Kelly is married to Congresswoman Giffords, led NASA in a moment of silence Monday as part of the national observance for the victims of Saturday’s shooting. From the space station, Scott Kelly spoke these words: “We have a unique vantage point here aboard the International Space Station. As I look out the window, I see a very beautiful planet that seems very inviting and peaceful. Unfortunately, it is not.”

Indeed this world of beauty and goodness is also a place of suffering and pain. Perhaps it is the presence of the latter that makes the former so sweet and invariably tinted with gall. We long for a goodness that cannot be marred. For a security that cannot be breached. We long for a world where God walks with men and the serpent has been crushed.

Lest in the myopia of our national tragedy we forget, other parts of the world are just as stunned, just as devastated, just as saddened by their own sufferings. From the headlines: 32 dead in four days in Acapulco, Mexico—victims of drug wars; 8 dead and 72 missing in flash flooding in Australia; clashes in Sudan have killed at least 30; thousands continue to suffer in Haiti from an earthquake that most have forgotten.

We have only just celebrated Christmas and Epiphany is now upon us. Peace on Earth is still our prayer.

The Heart, in Suffering