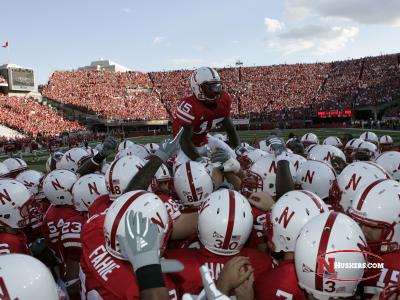 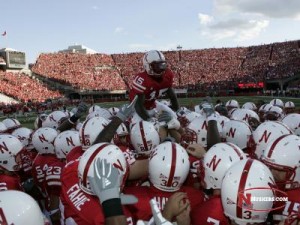 Originally posted at the Distributist Review.

West Chester, PA. With the completion of the Oregon v. Auburn national championship game last month, the ever-lengthening college bowl season came to a close. College football carries with it much of what some think of as good and endurable about our modern circumstances. Not, of course, something of ultimate consideration, but certainly something worthy of attention, where one might be a fan while not slipping into the role of the fanatic. There is purity to the game—or so it seems on the surface—with something of an amateur-status wall in place to stave off the corruptions of overly-ambitious sports-agents, professional contract squabbles, lock-outs, and the like. Even with the game being circled-in by the business of both higher education and the professional ranks, this appearance of purity or the reality of the game’s integrity is still not entirely upset.

College football’s purity has been challenged by numerous teams jumping from one conference to another; assumedly to increase both their financial and bowl-related prospects. One such example is the planned University of Nebraska move to the Big Ten, which will happen later this year. The most noble reasoning for the Cornhusker jump can be found in a piece from ESPN.com: “Osborne [Athletic Director] and Perlman [University Chancellor] both made the case that Nebraska is better aligned with the Big Ten academically, culturally and even in climate.” There is certainly truth in this statement, but it has to be weighed against the following, it too from ESPN.com:

To generations of Nebraska fans, going to the Big Ten at one time would have been unthinkable. The school’s athletic tradition is built on more than a century of football games against the likes of Missouri and Kansas, dating to the days the team was known as the Bugeaters.

The Huskers, in fact, have been conference partners with Iowa State, Missouri, Kansas, Oklahoma and Kansas State since 1928; with Colorado since 1948; and with Oklahoma  State since 1960.

Now the Huskers are taking their five national titles in football, three Heisman trophies and enthusiastic fans east. They will look to start building new traditions, such as a border rivalry with the Iowa Hawkeyes and regular trips to Ohio State, Michigan and Penn State.

With such a history, it is saddening to watch Nebraska water down its attachments. (Though it should be noted that the Nebraska incorporation is certainly not as egregious as Texas Christian University entering the Big East in 2012, mind you.)

Nevertheless, the attachment to college football remains for many Americans. For some, the love of college football is the product of local attachments, inherited affiliation, or loyalty to one’s alma mater, state, town, or region. “Dad likes this team, as does Grandpop, so, well, so do I.” Such affection and loyalty can also lead to particular folkways, traditions, rivalries, biases, and dislikes of the relatively harmless variety. Take for example the annual meeting of the Harvard and Yale football teams, known simply as The Game, which was first played in the late-1800s. Another example is found in the annually mismatched Delaware v. West Chester game (31-0 this year in favor the Blue Hens). This game isn’t worth watching merely for its competitiveness, but for its tradition. As one who has gone to this game in the past, it is still worth the time to attend in order to see the tradition continue.

Folkways brought about through college football lend a certain color to a locale and region. For instance, I wasn’t aware of the particular Western Pennsylvanian dislike of the nasty “Nitters” from Penn State prior to enrolling at the University of Pittsburgh. While at Pitt, I developed a sense of the uniqueness of the region, that this was a place—a real, living place—with an identity and history, and that amongst these twenty-somethings this identity had been passed on, no matter how incompletely or imperfectly.

The Big Ten has a palpable, if loosely identifiable, grittiness to it. Games played in locales from the middle of Pennsylvania to the upper-mid-West carry with them a sense of toughness and stoutness of heart. Some of this might come from the simple fact of the cold and snow that always set a more dramatic scene for a football game. Michigan’s weather can even make games in a trendy campus town like Ann Arbor come off as close relatives to those played on Lambeau’s icy tundra. The teams of the conference, of course, often express this larger sensibility: tough defenses, run-focused offenses—Penn State is even referred to as Linebacker U., and there is no position with a greater mystique of toughness than that of linebacker (think Butkus or Singletary).

All in all the conference seems to have a self-contained identity rooted to a geographic region. The inclusion of Penn State in 1989 was not antithetical to this regional rootedness either. This somewhat cohesive identity becomes more fragile with the impending inclusion of the University of Nebraska though. Now, nothing against the plain states, but Nebraska isn’t exactly Michigan, Wisconsin, or the middle of Pennsylvania. At least from my perch, and I could be wrong, it doesn’t seem to carry the same regional sensibility. Admittedly, the University of Iowa is in the Big Ten, but even though the Hawkeye state borders Nebraska its university’s football team seems to fit the Big Ten while the Cornhuskers of Nebraska come off as a bit too far in the west.

Nebraska is not the sole party to criticize here; the Big Ten deserves its share as well. And, while I doubt regional identity was on the higher end of the conference decision-makers’ considerations, it should be noted that the impressiveness of the Big Ten is determined by more than how many wins its teams accumulate or how healthy its revenue stream is. Regional identity and cohesion, can, of course lend to the venerability of an institution.

The question remains: does all of this really matter? Americans are, after all, nothing if they aren’t sports fans. Even some of those who consider football nothing more than some meatheads mashing one another in between million-dollar commercials will tune in on Sunday for the Super Bowl. Something important is happening, however indefinable, when people either watch or partake in athletics. With this in mind, cases like the University of Nebraska jumping athletic conferences gain significance. Here, in seemingly pure college football, is an example of the pragmatic and the commercial uprooting tradition and local affection in exchange for a bowl game.

Matthew Chominski is the editor of the Publican of Philadelphia. He lives in his native Pennsylvania with his wife and son.