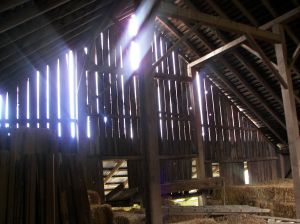 They say that funerals are for the living, which of course they are. The deceased, now lifeless, causes us to reflect upon their life as well as our own which remains for the moment, steadfastly ticking. This relentless winter is finally thawing ever so slowly and with the receding snow cover, the ground awakens into mud season with sap dripping into buckets on trees. This winter has cost us. My own winter was spiced by a stint in the local cardiac ward flanked by a burglary at both the office in town and one attempted at home. Unlocked doors in the bucolic countryside are no longer a minor comfort of mine. To their credit, the thieves forced me from the cussed internets for a time and this service to mankind and myself should be celebrated. It was, to be sure, a winter of discontent. The worst affront of all was a realization that nurses no longer wear white stockings. As if that was not a significant enough insult to the art of healing, in a cruel demonstration of even greater depravity, nurses now apparently even include hirsute Pakistani males. Apparently, they call this “progress”. One becomes staggered by a realization that Health Care is not so much concerned with health as it is with keeping you alive for a series of sadistically high-priced serial insults, not least of which is the food. If you would like a bumper sticker declaring “I Survived Health Care”, please send three ducats to P.O. Box…but I digress.

One of the bitterest losses however, has come in the form of collapsed barns destroyed by relentlessly accumulating snow amid consistently cold temperatures. If one needed a proper demonstration of the misnomer that the term “Global Warming” is, this winter provided it in spades. A putative “warming” is the least of our problems. Climatic chaos will run roughshod over any benevolent warming we might enjoy. Derelict barns seem to be on the front line of the damage we are about to endure. Driving about in any direction, one can spy another relic of the New England Family Farm finally given out under the combined weight of abandonment and deep snow loads.

Sometimes these barns were long listing and vacant so their collapse is of little import aside from the insistent finality of their departure. The antique timber merchants will pluck them with alacrity and a Chestnut beam that once protected a robust Holstein matron might now grace a Master Suite. Unfortunately, some of the barns contained livestock that sometimes survived but sometimes perished with the old relic housing them. In more than a few instances, the fallen barn destroyed a truck or two or perhaps a treasured old Farmall tractor or maybe a vintage Morgan with its handcrafted oaken frame and gutsy drive train. In at least one instance, a plane was flattened under the debris.

This is a bitter pill to swallow because New England, though still distinctive, is rapidly becoming either a combination of urban blight with a side of suburban flight or a kind of scenic theme park for the weekending swells inhabiting the Yankees to Red Sox axis. These collapsed barns underscore the inexorable and thoroughly wrong-headed changes afoot.

The residents of the first Thirteen Colonies knew Connecticut as the “Provisions State”. She was a first class entrepot. Both manufacturing and farming hummed like the dickens and her prosperous and well-ordered towns either nestled in her hollows or crowned her hilltops within a corrugated landscape that would cover ten times the ground she seems to occupy on a map if she were stretched out flat. Connecticut’s small size never limited her contribution. Her farms and businesses produced both great minds and humble citizens and she became known for being of steady habit. One of these steady habits might be a system of roadways that would embarrass the third world but these snaking and pot-holed roadways also tell an endless story of human habitation within this remarkable Republic.

Our many remaining barns are a steady reminder of this fecund and endlessly alluring province. She still charms mightily. From the rocky shorefront of Long Island Sound with its harbors still studded with sailing masts to the rich farmlands of the Connecticut River Valley and the scenic Litchfield Hills or that quiet corner of the northeast nearer Boston, one can travel far and wide and come back to this quietly bountiful place re-convinced of its subtly effulgent elegance. These collapsed barns will be sorely missed. A certain and peculiarly New England memory will depart with them.

It is spring again however and though the airwaves abound in a pitched degree of pathos seldom exceeded, residents of New England need only go out into the chill yet brightening sunlight in order to lay witness to one of the greatest symphonies on a symphonic planet. The forested hillsides are clothed in trees whose buds are swelling fat and casting a marvelous hue of mauve and grey over ochre and gold fields set off by the bright blue skies around a sun returning northward. We may extol the fall foliage extravaganza but this fleeting period of mauve and gold remains for me one of my home’s most significant treasures. Though floods have wreaked havoc, the streams swollen with snowmelt and high groundwater add their own pleasant roar to augment the calls of Turkeys in mating regalia or Coyotes crooning at a historically close full moon. Neo-tropical birds are returning and just the other day, as the snow still stubbornly lay underfoot, I came upon a flock of six Bluebirds nervously flitting about a Hemlock hedgerow in clear displeasure at their decision to leave Maryland during an anomalous warm day. The Pleated Woodpeckers are chortling away again and soon enough, the Woodcock will be whistling in their spiral dances of flight. Life amongst our fellow beings is indeed an un-payable debt.

This elegy for fallen barns is one of great sadness but as is always the case in New England, spring portends a rebirth. The monumental energy of so much biomass re-awakening and counterpointing the furious glow of the sun now high in the sky calls out in a scherzo to brighten our moods after the winter adagio. We are prompted from our somnolence and readied for the busy allegro of summer’s season of action.

I will miss these barns and their elegiac quality. To stand inside a barn, particularly a tobacco barn on a summer day, when beams of light streak through the various holes and cracks is to be treated to a jazz essay on light worthy of Mingus. The smell of shit, hay or Nicotiana only adds to the contrapuntal richness. These farmyard chapels remind me that I still wait for the day we defrauded citizens re-awaken to the importance of such a thing called a “Provisions State”. When we once again center ourselves upon the importance of productivity for all communities, large and small, here as well as “there”, we might merit the appellation of “culture” without arching an eyebrow in doubt or clucking a tongue in consigned regret. Nature always reminds us of what works and the grace involved in repetition. She is imperious and not infrequently destructive but she spreads life in her prodigious wake while never shying away from the redemption inherent to death.  Each spring is another chance, another chapter in reconciling man’s urges to escape nature with his long experience as part of it. Soon, out west beyond the line where hardwoods give way to a swaying sea of grass, someone like me might watch the ocean of green come alive and proffer thanks for the good fortune of being in the moment on this good earth. So too will it happen farther out west, perhaps in Nevada where those great sailing mountain ranges adrift on ocean swells of sagebrush serve up a smell of sage that would make a Corsican go misty eyed.

For now though, here in this rocky little redoubt of enfolding hills, the sap is rising and it will be sweet. Sundresses will soon reappear. The barns have served us well. We owe them much more than they received.  Their increasing absence diminishes us all. We are a productive nation occupying one of the most productive pieces of real estate on this planet; it is time to start plowing an American furrow again. Collapse ain’t just a concept. Unkempt barns fall no less easily than unkempt Republics.

Mama Gets a Bugle