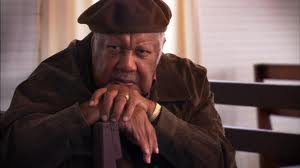 The South, repatriated ex-slave Ned Douglass lectured his Louisiana neighbors in Ernest J. Gaines’s novel The Autobiography of Miss Jane Pittman, is “yours because your people’s bones lays in it; it’s yours because their sweat and their blood done drenched this earth.”

The latest U.S. census confirms that the grandchildren of the Southern diaspora are going home: American blacks are returning to their ancestral region. The revenants include novelist Gaines, 78, who now makes his home on the plantation on which his people have lived and died since the days of slavery. As a boy, he picked cotton on that land. He also wrote letters for his mostly illiterate elders, a training in dialect and dialogue worth a dozen MFAs.

Despite years in San Francisco exile, Gaines has placed all his fiction in rural Louisiana, never venturing even as far as New Orleans. “I picked my own back yard—and there’s nothing wrong with that,” he says. “After all, Yoknapatawpha County was good enough for Faulkner,” with whose volumes Gaines’s masterwork, A Lesson Before Dying, deserves kinship.

“My folks have lived in the same place for over a hundred years in Pointe Coupee Parish in South Central Louisiana. I can’t imagine writing about any other place,” Ernest Gaines says. “Everything comes back to Louisiana.”

Including its native sons.

Gaines is said to have pictures of Faulkner and Booker T. Washington on his walls. His characters sometimes kick against what they view as Washington’s conciliatory, even acquiescent, advice, but they live the classic Washingtonian injunction to “cast down your buckets where you are.”

Booker T.’s harshest black critics were condescending graduates of elite colleges who were embarrassed by their Southern brothers and sisters in the sticks. In contrast, Washington, writes Robert J. Norrell in his rich Up From History: The Life of Booker T. Washington, “had an emotional connection to the unlettered freed people of the rural South and a deep appreciation of their speech, music, humor, and religiosity.” Washington’s annual Tuskegee Negro Conferences brought together black farmers and teachers, for he insisted that the “uneducated” men and women of the countryside possessed wisdom and talents that no book could impart.

Ernest Gaines had his own model of rural endurance: Miss Augusteen Jefferson, his crippled great aunt. “Until I was fifteen years old, a lady raised me who never walked a day in her life,” he says. “She crawled over the floor as a six month old child might do.” Miss Augusteen cooked, washed, sewed, gardened, and whipped miscreants, without benefit of ambulation.  “My aunt never felt sorry for herself,” Gaines says, and one doubts that with the memory of that fortitudinous woman, the adult Gaines spent much time on the usual writerly whining about being blocked or broke.

Gaines, who says he talks to God “between rows of sugarcane,” has restored the tumbledown church of his youth. He and his wife also care for the cemetery in which sleep his people, his community—those who make up his past and his imagination. His colleagues Marcia Gaudet and Reggie Young describe an annual rite at the Mount Zion River Lake Cemetery in Cherie Quarters, Oscar, Louisiana: “[I]n late October of each year, when pecans cover the cemetery grounds, shortly before All Saints’ Day, [Mr. and Mrs. Gaines] lead a gathering of family members and friends … in a special beautification ceremony dedicated to honoring the dead by cleaning their final resting places and offering them a gift of communion from the living.”

The recovery of abandoned cemeteries and neglected graves is a noble act of African-American cultural patriotism evident today in, for instance, the Negro Leagues Grave Marker Project. Among the grandest such efforts was the 1973 journey of Alice Walker to a weed-choked cemetery in Fort Pierce, Florida, burial ground of the great novelist and folklorist (and Taft Republican) Zora Neale Hurston, whom Ernest Gaines says is “the only Black writer who has influenced my work.” (Hurston, who called FDR “the Anti-Christ” and Truman “the butcher of Asia,” had spirit and she had genius, which is why no one still knows quite what to make of her.)

He was. So was the resplendent Zora, and so was Miss Augusteen Jefferson, whose unmarked grave is in the cemetery her great-nephew tends. Mr. Gaines is receiving the Cleanth Brooks Award for Lifetime Achievement from the Fellowship of Southern Writers this spring—for his novels, to be sure, but his homecoming and ancestral piety merit awards all their own.

**From the May 2011 issue of The American Conservative (www.amconmag.com). Subscribe!

Chesterton and Belloc are not Enough