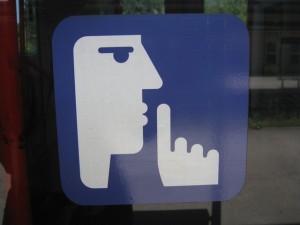 Henry County, Kentucky.  Are you interested in free speech? By which I mean free political speech, and not the right to publish or broadcast obscenities. Are you a lawyer, perchance, and jealous of your right to criticize political decisions by other members of the bar?

Then you might be interested in this Kentucky case, in which attorney and former state senator John M. Berry Jr. is defending his reputation after criticizing a decision made by Kentucky’s Legislative Ethics Commission (LEC).

What is now a federal lawsuit over Mr. Berry’s free speech rights began as a complaint against the current President of the Kentucky Senate, David L. Williams. Sen. Williams is a Republican from Burkesville, and is the likely Republican candidate for governor this fall.

In May 2007 he signed a letter inviting a group that included numerous lobbyists to a fundraiser planning luncheon. He spoke at that meeting, and his aides gave out a Commitment Form asking those attending to check off the various amounts (up to $50,000) they were willing to help raise for upcoming Kentucky Senate campaigns. Ten lobbyists signed the form promising fundraising help.

However, lobbyists cannot legally give money to Kentucky legislative campaigns, or solicit donations for legislators at a legislator’s direction.

Yet this was no intern’s mistake: The aides asking for donations were Mr. Williams’ chief of staff Becky Harilson and his policy advisor Brad Metcalf. As noted above Mr. Williams was also present at the planning lunch, and his name and title were prominently used on all materials.

Nonetheless, after Richard Beliles of Common Cause of Kentucky complained to the Legislative Ethics Commission, the LEC found no fault had been commited by either the senator or his staff. No money had actually been sent, and according to reports (the hearing was closed), the senator and his staff appear to have denied knowingly or intentionally breaking the law. The commission accepted these denials, found that it was the staff and not the senator who had erred, and said further that the staff had erred “innocently.”

Chairman George Troutman did tell reporter Ronnie Ellis of CNH1 that the matter was “sloppily handled” and “some very bad things could have happened.” But he also said (in the reporter’s phrasing) that “there was no evidence of any intent to violate the law and the statute clearly requires intent.”

Mr. Berry, a Democrat who was a state senator from 1974-1981, disagreed with the LEC’s decision, and on October 5, 2007 he wrote a letter to the commission in response. “It is very unlikely that a legislator would ever come before the Commission and confess guilt,” he wrote. “Your Order implies that the absence of such testimony warrants the finding that there is no probable cause to believe that there was any wrongdoing, or even the appearance of it, and, therefore, no adjudicatory proceeding would be in order. I do not agree with your conclusion and I believe that the evidence filed with the complaint, with the other facts you found by the order, clearly indicate that what was going on was unethical and a violation of the statutes which your are charged to enforce.”

John Berry also did not like the fact that he and his brother, Wendell Berry, Mr. Beliles and the media had been barred from the hearing when Sen. Williams was not.

“The exclusion of the pub[l]ic and the media [from the LEC’s hearing] was enough to arouse suspicion,” he wrote, “but the exclusion of the complainant (except for a brief appearance as a witness) coupled with the inclusion of the alleged violator throughout the proceeding gave cause for some to speculate that the deck was stacked and the Senator would be exonerated. I was not, and am not, willing to go that far, but I do believe that your Order entered July 29, 2007 that exonerated him, was contrary to the undisputed evidence that was presented.”

These criticisms did not sit well with Paul Gudgel, a member of the Commission and a retired Court of Appeals chief judge, who turned the tables on Mr. Berry by making his own complaint, this time to the Kentucky Bar Association.

He accused Mr. Berry of “[i]ntentionally impu[g]ning the reputation of the commision members without justification to advance his own agenda.” Lawyers in Kentucky are more limited in their freedom to condemn than the rest of us are by a state Supreme Court rule that reads in part, a “lawyer shall not make a statement that the lawyer knows to be false or with reckless disregard to its truth or falsity concerning the qualifications or integrity of a judge, adjudicatory officer or public legal officer.”

If Mr. Berry had been found guilty of violating this standard, the KBA could have revoked or suspended his license to practice.

As it happened, the KBA did not. Instead, after a 15-month deliberation, the bar association decided to dismiss Judge Gudgel’s complaint—but with a warning letter to Mr. Berry. The letter said Mr. Berry “did not adequately comply” with the ethics rule on false statements and advised him “in the future to conform your conduct to the requirements of the Rules of Professional Conduct.”

The KBA’s position is that this warning letter is not in fact a disciplinary action and hence cannot be appealed to the association. But because a KBA official said in deposition that the statements made in the letter could, if repeated, result in a future disciplinary action, Mr. Berry felt this implied threat was chilling to his right of free speech.  And so he filed a federal lawsuit on this claim in November 2009.

U.S. District Judge Danny Reeves issued his opinion on April 12, 2011. While agreeing with Mr. Berry that the threat of further disciplinary action by the bar association was credible, the judge ruled that he had no standing in federal court to subvert what he deemed the equivalent of a state court decision. He also said he was not in the position to decide the truth or falsity of Mr. Berry’s disputed statements, and even if he reheard all the evidence, it was in any case out of his jurisdiction. Hence the KBA retained its power to discipline Mr. Berry as it saw fit.

While the KBA’s warning letter does not specify what statements violated the ethics rule, comments KBA officials have made in a brief and to the press indicate two problems.  The first is: Did the Legislative Ethics Commission act appropriately in closing its deliberations to everyone except the accused senator? I’ll have to send you to the briefs for the arguments, but in essence, while the statute the ethics commission is following–KRS 6.686(2)–allows for confidential hearings, and gives the person accused the right to appear, answer the complaint and have an attorney present, that statute does not specify (as Mr. Berry and his lawyers point out) that the accused must be allowed to be present during the entire proceeding or crossexamine other witnesses, as seems to have been the case here.

KBA officials and Judge Gudgel also seem to feel Mr. Berry tarred the reputations of the commissioners by saying he had heard cynical interpretations of the commission’s finding (though he said he did not agree with those interpretations). Since Mr. Berry did not make accusations of a “stacked deck” himself, the question then becomes, is it improper language to report what you have heard others speculate? Does repeating an accusation mean one is making it, even if you say you aren’t?

Mr. Berry does have his partisans. Stan Billingsley—a retired district judge in Kentucky and a former member of the Judicial Conduct Commission, which hears complaints about judges—wrote on the LawReader.com blog that the “position of the KBA Bar Counsel and Inquiry Commission that they can sanction an attorney for writing a letter questioning the legal reasoning in a case after it has been finalized is in our opinion an unconstitutional violation of a lawyer[‘]s First Amendment rights.”

He added that Judge Reeves’ decision means that “the Kentucky Supreme Court has written a rule that allows a sanction to be brought against an attorney in a situation where he is never confronted by his accuser, never given a hearing at which he can appear, and is denied the one appeal he is guaranteed by Section 115 of the Kentucky Constitution.”

Indeed, this is a dispute full of ironies. For one, if it was the KBA’s intent to quiet Mr. Berry’s criticism of the ethics commission, that attempt has not been particularly successful. For two, though Sen. Williams’ luncheon solicitations were cleared over three years ago–and surely he wants to bury the matter, especially now that he is in the midst of his campaign for governor–this dispute has kept the luncheon in the public eye. Finally, it is an unfortunate circumstance that one of the responsibilties of the President of the Senate is to name members of the Legislative Ethics Commission.  Four of the current nine were named to their posts by Sen. Williams. (Judge Gudgel is not one of the four.)

Which brings us back to the solicitation that started this whole argument—the accusation of “government for sale” against a prominent senator. However buried it is now in legal wrangling over other issues, Sen. Williams’ actions in May 2007 are still very much at the heart of this case. If Mr. Berry is correct in understanding that the LEC needs such clear proof of intent to break the law that only a confession of guilt, or something like a smoking-gun email, will serve to justify a reprimand, then it seems possible the LEC is hampered in its work by its own standards. If so, as Mr. Berry observed at the end of his much-litigated letter, it lies within the power of the commission to change those standards.

Free Speech as a “A Delicately Manicured Garden”: A Review of...

Why I Hope Westboro Baptist Church, the ACLU, and Dahlia Lithwick...