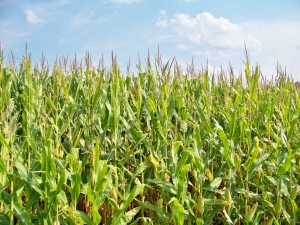 Jacksonville, AL.   I come from the Tall Corn State.  I was born and raised in Iowa, and lived there for the first 24 years of my life.  Today, I live far to the south, in Alabama.  Alabama used to be known as the Cotton State but cotton production isn’t what it used to be.  There’s still a considerable amount grown in the southern part of the state, but I’ve only seen two small cotton fields in my neck of the woods.  The dirt in Alabama is described as red but it’s really closer to orange.  Either way, it’s different from the black soil of Iowa.

I grew up in the part of Iowa containing the darkest, richest black dirt of the entire state.  Having the best farm land meant that we had the most prosperous farmers.  I did not grow up on a farm.  I grew up in Spencer—a small city surrounded by farms and small towns, perhaps best known today as the home of Dewey Readmore Books, the library cat who has achieved international fame through a number-one New York Times bestseller and a soon-to-be made motion picture reportedly starring Meryl Streep . . . as the librarian, not the cat.

I was a city kid, not a country kid.  I was one generation removed from the farm.  My dad was raised on a farm and spent his life there until going off to seek his fortune in the big city of Omaha with  Tractor Supply Company.  He was eventually transferred to Spencer to manage a store and that was his job when I was a little kid.  My main memory from the store was cracking plastic, bi-color whips.  It didn’t occur to me at the time, but I suppose those were used on animals.  My paternal grandparents lived on the Taylor family farm until retirement age.  My uncle was a farmer.  My brother married a farm girl.  So did I but my wife wasn’t a local—I had to move to South Dakota to meet her.  I grew up on the east edge of town, literally across the street from bean fields and corn fields.

I was interested in rural life from the get-go.  A half-dozen times a year, my dad would take the family 2½ hours south to visit his folks on the farm.  He called it “going down home.”  In 1850, my great-great-great-grandfather, Pleasant Taylor, was one of the first white settlers in Pottawattamie County, Iowa.  Pleasant was a native of Tennessee who spent time in Indiana, Missouri, and Illinois before arriving in Iowa.  He was, like his father and his father’s father and so on, a small farmer.  He found some success farming in his new locale and established a grist mill on Silver Creek (“Crick”) and a stage coach station.  The last house in which he lived was on a hill, hidden by trees, across the road from my grandparents’ place.

Grandpa Taylor, my dad’s father, inherited a love of the land and a southern-tinged populism from his forebears.  His father had signed over ownership of the homestead during the Great Depression as the only way to keep the farm in the family.  Grandpa was in his 50s when I was born but he still operated a working farm for years to come.  He raised both crops (corn and beans) and livestock (cattle and hogs).  The chickens and fruit trees of my dad’s youth were gone by this time.  There were the two farm dogs—Rip and Queenie—and lots of cats—mostly wild—who lived in the broken-down “cat house.”

A big evergreen tree stood in front of the Victorian-era four-square house.  The tree had a wooden-slat swing on a rope that reached high above to the nearest branch and, eventually, a new-fangled tire swing as well.  My brother and I spent hours playing on the swings, including simulated dog fights in which we tried to kick the other one off while he  stood in mid-air on the wooden swing.

In addition to the main house and cat house, the farm included a dilapidated outhouse, a junk house that was usually locked, a root cellar dug into the side of a hill, a corn crib, a tool shed, a machine shed, and a dog house.  My brother and I enjoyed peeling kernels of field corn off the cob and pelting them at each other.  We climbed on bales of hay in the barn.  We pretended the remnants of the horse corral were a frontier fort.  Grandma was a school teacher before she retired, so she usually drove the car.  Grandpa used a Chevy pickup and John Deere tractor.

Grandpa didn’t wear the traditional straw hat of the Great Plains farmer, although he may have in his younger years.  Instead, his standard dress during the day was bib overalls and a seed corn cap.  He dressed in a suit and cowboy hat for formal occasions.  Every few years, we would attend a Taylor family reunion, where I would get to see great-aunts and second and third cousins, and hear stories about Pleasant, who had a reputed encounter with Jesse James, and his father, Barzilla, who fought in the War of 1812 under General Jackson.

Grandpa’s house didn’t have central air conditioning or heating.  In the winter, it still used the wood-burning furnace that came with the house.  Piles of fire wood were stacked in the unfinished basement at the bottom of the rickety stairs.  In the summer, the house was opened up to let in breezes.  At night, things cooled off pretty nicely and we could hear the wind blowing through the pine tree as we lay in the dark in the upstairs bedroom.

In the morning, Grandma Taylor would have a full-spread breakfast waiting for us.  She bought boxes of cereal for the kids but the expiration dates had long since passed—Cheerios and Corn Flakes were not up to snuff for farmers raised on bacon, eggs, and toast.  The evening meals were the best: meat and potatoes, often with fresh creamed corn, and with cake and ice cream for desert.

My hometown was no smog-filled metropolis but it did include the stench of the meat-packing plant when the air blew the wrong direction.  (Butchering animals on an industrial scale, efficiently and impersonally, is part of the less-idyllic flip-side of modern rural life.)  The air at Grandpa Taylor’s farm sometimes smelled of manure but there was a crispness to the air and a feeling of freedom which left an impression on me.

Inside and outside the house were McKinley bugs.  I wouldn’t learn until I was an adult that almost everyone else calls them box elder bugs.  It’s a dialect anomaly restricted to southwest Iowa, probably as a result of local Democrats blaming an insect infestation in the late 1890s on President McKinley.  In true partisan fashion, they were called Democrat bugs and Populist bugs by Midwesterners on the other side of the political fence.  My Taylors were Democrats so they blamed McKinley for the bugs, just as my grandpa blamed Hoover for the Depression.  Unlike politicians, McKinley bugs themselves were harmless.

My dad inherited his love for hunting and fishing from Grandpa.  Grandpa and his two grown sons went deer hunting together during deer season every November, which, happily for the rest of us, coincided with Thanksgiving.  They usually returned with one or two deer shot in the timber or a field.  I’m sure it was a disappointment to my dad that neither of his sons grew up to be a hunter but he’s never complained.  My brother and I were both too “soft-hearted” to shoot a deer, pheasant, or duck.  I eventually became an ethical vegetarian so I’m an apple that’s fallen, or rolled, pretty far from the tree.

Growing up close to farm life, actually knowing hunters, and being around guns since infancy have kept me from the self-righteousness often exhibited by devotees of animal rights.  Life is more complicated than PETA lets on and its Hollywood tactics—things like using nude supermodels and shoving a pie into the face of the Iowa Pork Queen—aren’t making many converts in the Heartland.

Not far from the Missouri River, the terrain in southwest Iowa is hilly.  It was almost like a county fair ride as we drove up and down the steep hills surrounding my grandparents’ farm, leaving our stomachs at the top as we dropped quickly, enveloped in a cloud of white limestone dust from the unpaved road.  This was how we always entered, and always left, the little enclave of the Glenn and Alice Taylor farm, which was nestled between the curve in the gravel road and the bridge over the creek.

My sense of place, with its attendant memories and emotions, is linked to a specific part of the countryside in the upper Midwest.  My personal interest in agrarianism came before and remains more important than my professional interest.  If my grandparents had not lived on their farm, and not acted as custodians of family history and family land, I would not care nearly so much about the politics of farm life.

Note: This is my unabridged intro to the Agrarian Politics paper I presented in March at the Ciceronian Society conference in Charlottesville.  Since writing and presenting, I have been blessed by a relevant development: I am going back home.  Our family will return to the Midwest this summer as I join the faculty of Dordt College in Sioux Center, Iowa . . . an hour away from my hometown and much closer to our extended families.