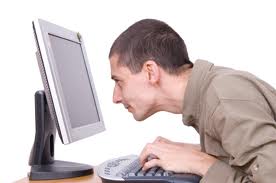 Kearneysville, WV. According to a report issued by the United Nations, access to the Internet is a “basic human right.” Indeed, as we all know, the Internet has played a key role in sparking and sustaining democratic revolutions throughout the Middle East. Overthrowing tyrants is prima facie a good thing, and tools that make such actions possible are also good. However, claiming that Internet access is a human right makes a hash out of any coherent claims about basic human rights. It is one thing to claim that humans have a right to life or to liberty. To be respected, such rights require nothing of anyone else save that they refrain from killing and restraining others. However, the right to Internet access implies a positive action on behalf of others, generally backed by the power of the state. This particular “right” requires not only that people have computers and modems but, even more fundamentally, electricity. Of course, the U.N. has long issued such expansive (and expensive) rights claims. Consider the Universal Declaration of Human Rights issued in 1948. The first few articles are pretty standard fare, and include the right to life, liberty, access to the courts, etc.  But it’s not long before things get much more interesting.

Article 22: Everyone, as a member of society, has the right to social security and is entitled to realization, through national effort and international co-operation and in accordance with the organization and resources of each State, of the economic, social and cultural rights indispensable for his dignity and the free development of his personality.

Article 24: Everyone has the right to rest and leisure, including reasonable limitation of working hours and periodic holidays with pay.

Article 27: Everyone has the right freely to participate in the cultural life of the community, to enjoy the arts and to share in scientific advancement and its benefits.

I’m not saying that any of these are  necessarily undesirable goals. But when we frame aspirations in terms of rights, problems emerge. First, the distinction between real, basic rights and social aspirations is blurred. On the one hand, legitimate human rights can be realized immediately, for they require inaction rather than action. On the other hand, aspirations will in most cases require significant time to achieve, and there will almost certainly be social, economic, and political costs involved. While these costs may be worthwhile, the reality of finite resources implies that pursuing one aspiration will require forgoing another. Hard choices must be made. One aspect of the right to freedom is the freedom of a society to determine what aspirations it will pursue. For the U.N. to insist that a society adopts a uniform set of aspirations seems to smack of Rousseau’s penchant for forcing men to be free. It also sets up a situation in which failure is inevitable, for our imaginations will always out run our both our abilities and our resources

Second, a basic human right is something that all humans can and should enjoy by simple virtue of their humanity. However, something like the right to holidays with pay is not something that all human can or should enjoy for the simple reason that not all human are employed in the paid workforce. Thus, such claims cannot legitimately be called human rights. They may be categorized as rights for workers or something we hope all employees will one day enjoy, but these are more modest claims even as they are more coherent. Again, framing aspirations as rights damages the cause of legitimate human rights.

Finally, the conflation of basic human rights with aspirations creates an atmosphere where anything that someone wants can be claimed as a right. What, one might ask, can be excluded? If I desire that all people have filet mignon on Tuesdays, why can’t I claim that as a human right? The benefits are obvious (so I claim). Never mind the difficulties involved in making my desire a reality. By framing my desire in terms of human rights, I wrap it in a patina of moral legitimacy that gives urgency to my claims. In short, when rights are reduced to desires, there is no logical end, for as we all know, desires are infinitely expansive. An entity capable of granting an ever-expanding array of rights must be an ever-expanding entity. This is a perfect recipe for justifying the centralization and expansion of political power all in service to the noble cause of “human rights.”

Fortunately, at this point the U.N. has little power to enforce its declarations. However, by using the language of rights so promiscuously, the U.N. undermines any real and stable notion of rights. It makes it more difficult to speak meaningfully about rights even as it tacitly gives states permission to employ political power to achieve lofty goals deemed worthy by the U.N. In this sense, the dumbing down of the concept of rights is not simply incoherent. It’s pernicious.