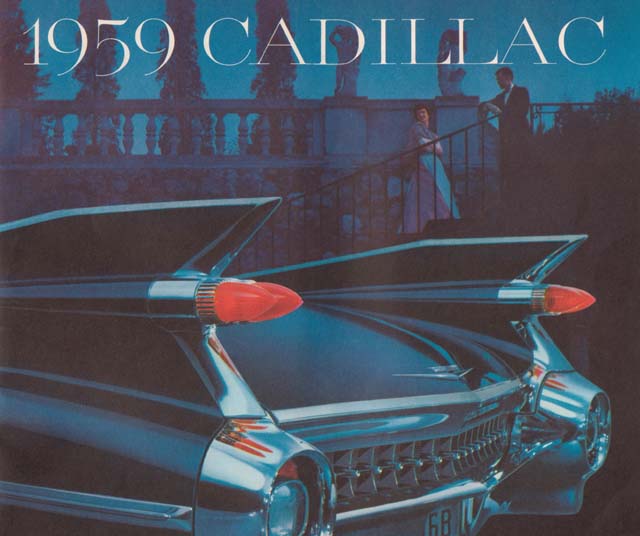 Note:  This post is taken from a book in progress, The Paradox of Freedom:  The Making of Modern America, coauthored with Peter Field.

In America, the 19th century had been the great age of independence, of the individual who depends upon his own wits, his own skills and luck.  Paradoxically, the great transportation system of that century was the train, which served as a genuinely “public” form of transportation.  In the century of the individual the transportation system was communal.  In the twentieth century the situation was reversed. An age of increasing hierarchy and bureaucracy, when people depended on large impersonal forces for their survival and when Americans had accepted a provider state to take care of them, was also the age of the car.  The automobile was the antithesis of public transportation—it was individual, serving the whims and changing transportation desires of the person.  A car owner need not worry about train schedules, or of taking a predetermined route through various out of the way locations to get to his destination.  He could leave at 10 am, or he could leave at 10:15 am.  He was master of his time.  He could take one route to work on Monday and then choose a more scenic route on Tuesday.  To Americans at mid-century, the car, perhaps more than any other object, represented freedom—the freedom of the individual.

Symbols of individual freedom and distinctive identity become more important as individuals lose their economic independence.  During the Great Depression and World War II Americans emphasized solidarity, the working together as a nation to overcome huge obstacles.  During the 15 years that followed that age of crisis Americans strove to craft private lives, remembering the sacrifices they had to make to create an age of abundance, but otherwise turning to the task of carving out a private enclave in a mass society.  But there was no going back, and in the new age of confidence, of prosperity, Americans nonetheless discovered that they lived in an age dominated by big business, big government, an age of prefabricated houses, of mass-produced entertainment—an age, in short, where there is no room for flinty independence. The automobile could not give one freedom from government bureaucracy, or from the economic power of the corporations, but it could give a person a freedom of mobility and an ability, within the confines of mass-production, of making a statement to the world about one’s personality.

The automobile squared perfectly with a distinctive American ideal of freedom—freedom of mobility.  Always a restless nation, with complex migratory patterns throughout the 17th, 18th, and 19th centuries, the car came just as a certain kind of mobility had reached an end with the closing of the frontier. But the restlessness had not ended, and the car allowed control of space like no other form of transportation.  One of the interesting uses to which people put their car was the Sunday drive—a drive with no particular place to go, freedom of motion. The car also required a wasteful use of space since cars required roads, and roads that lead to the particular destination of each driver.  Trains have rails that lead to cities, cars have roads that lead to every house.  But while American have always squandered their space—having such a vast expanse at their disposal—they have been very stingy with their time*. For Americans cars provide one of the most important freedoms of all—freedom to control one’s time.  One goes when one wants to go.

Cars began shaping American society and culture in the 1920s—by the end of that decade twice as many people owned cars as owned radios.  The Depression, of course, brought a decline in sales and ownership, but barely–and only briefly.  By 1935 car sales and ownership reached 1929 levels and grew throughout the remaining years of the Depression.  Given the costs of cars and the great hardships of the Depression, the refusal to give up this form of private transportation demonstrates how Americans value this form of independence.  During the war years America produced no civilian automobiles, creating intense demand for them in 1945 and throughout the 1950s.

After the war Detroit produced millions of cars each year (in many years exceeding 7 million) and the millions of consumers were encouraged in their purchases by inexpensive gasoline (below $.30 a gallon), by government-built roads, and by countless accommodations to their lives in cars.  Drive-in theaters sprang up in almost every town, as did drive-in restaurants.  Shopping centers opened with the auto-driver in mind, new motels catering to the car-traveler popped up along desolate highways, and any number of new amusement destinations, from Disneyland to Rock City, opened to take advantage of a nation vacationing on wheels.  But while the car had promised so much freedom, so much excitement, it paradoxically created a new form of dependency.  A car gave a father the freedom to buy a house in the suburb while keeping his job in the city.  After years of commuting this same father was likely to feel trapped.  He couldn’t possibly give up his car since he had organized his life around it.  Freedom lost.  So too his wife, who had grown dependent on a car (usually a station wagon) because her suburban home required a car to get the children to and from their activities, to go grocery shopping, to run the many errands of modern life.  American wastefulness about space had created a spread-out society requiring a car.  By the 1950s, with the exceptions of teenagers, few people went for Sunday drives anymore.

Closely related to the freedom Americans wanted from their cars was a sense that their car reflected something about themselves.  A car purchase could declare one’s self to an otherwise indifferent society.  Car buyers—almost exclusively men in those years—were intensely brand conscious and brand loyal.  To be a “Buick man” was to establish a vague but real sense of one’s station and one’s values.  Because car buyers were men the auto-makers catered to their weaknesses—in this case for ever more powerful engines, for more ostentatious chrome, for huge and useless fins, and for ever larger behemoths that suggest power.  The 1950s witnessed the most outrageous car designs that, in the absence of taste, employed gaudiness to suggest success.  Certainly for a generation that had sacrificed so much, the huge, gas-guzzling, chrome-covered car represented triumph and reward.

From the Great Depression through World War II to the great abundance of the 1950s, Americans had entered a world no longer organized around the individual.  While this generation had accepted the need for sacrifice and for solidarity, they yearned also for individual freedom.  They loved the prosperity of this new age, but they chafed at the economic dependencies of a corporate and government controlled economy.  The car represented the individual freedom for which they yearned, but it also represented a government and corporate power from which there was no easy escape.  If Americans loved their cars, by the 1950s they had become dependent on them, and had their lives altered by them.  Even in matters of personal identity Americans looked to express themselves in the gaudy objects of mass production.

* John Lukacs is particularly good at exploring the relationship Americans have with time and space in his book Outgrowing Democracy.

Who Knew Independence Could Be This Easy?