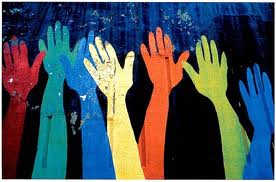 Every fall I teach a course called “Democracy.” One of the books we invariably read is On Power: The Natural History of its Growth by the French philosopher Bertrand de Jouvenel. Jouvenel wrote the book as WWII was raging, and it was published in 1945 when the unparalleled scale of devastation was becoming clear. Jouvenel was impressed with the stunning level of concentrated power that WWII represented. In fact, Jouvenel sees this steady accretion of power as the dominant theme of western history. This is a surprising thesis and flies in the face of the conventional account that sees history as the story of the slow but steady triumph of liberty.

According to Jouvenel, “the idea that Power is of God buttressed, so it is said, a monarchy that was both arbitrary and unlimited right through the Dark Ages. This grossly inaccurate conception of the Middle Ages is deeply embedded in the unlettered, whom it serves as a convenient starting-point from which to unroll the history of a political evolution to the winning-post, which is liberty. There is not a word of truth in all this.” Rather “history…is the picture of a concentration of forces growing to the hand of a single person, called the state, which disposes, as it goes, of ever ampler resources, claims over the community ever wider rights, and tolerates less and less any authority existing outside itself.”

Jouvenel sets out to describe the nature of power itself. The fact that he writes Power with an upper case P suggests something about his methodology and intent. Power is a constant in human affairs, and we should not be under any false impression that vast accumulations of Power can be handled safely. “Power…is a system of command for its own sake and for its fruits.” Power, however, is not something that can be abolished, for the essence of Power is command and all human societies have some type of command structure. Thus, for Jouvenel, Power is both a social necessity as well as a social menace.

Two related historical developments served to greatly advance the expansion of power. First, the conception of law underwent a profound change. “The denial of a divine lawgiving and the establishment of a human lawgiving are the most prodigious strides which society can take towards a truly absolute Power.” According to Jouvenel, “all the great civilizations were formed in the framework of a divine law given to society, a law which even the strongest will of all, that of the wielders of Power, was powerless to shatter or replace.” In other words, the idea of a divine law serves to limit the scope of Power while its denial opens the door of what Jouvenel calls “ambulatory law,” a law that is as fickle and changeable as the individuals who create it. Ambulatory law is merely another name for arbitrary law, which is the very definition of tyranny.

A second development was the idea of popular sovereignty as the necessary means to legitimate political Power. The social contract theories of Hobbes, Locke, and Rousseau argued that sovereignty originally resides in individuals who are absolutely free and equal in a state of nature. People freely cede their rights to the sovereign in order to gain the benefits of civil and political order. But in a regime of based on popular sovereignty, there is little distrust of Power, for Power is wielded by the people, and no one would oppress himself. The limits that were placed on Power in the Medieval world were seen as superfluous in the new age of rule by the people, but this cavalier attitude toward Power is the very thing that leads Jouvenel to claim that democracy “paves the way for tyranny.”

Ambulatory law and popular sovereignty are ultimately rooted in the same impulse, for the denial of a divine law and the rise of democratic absolutism both depend on a profound skepticism about any limits that are not self-willed, and, of course, self-imposed limits (bereft of any sense of a higher law) are fragile reeds upon which to build a political order. Ultimately, the only viable alternative to popular sovereignty is the acknowledgement of a divine authority. Law rooted in popular sovereignty is necessarily ambulatory, while law tied to a divine order is, at least conceptually, stable.

Jouvenel sees the modern nation state as the ideal vehicle for carrying the consolidation of Power forward to new heights. And herein lies a profound criticism of liberalism, itself, for the state has steadily eroded the social powers that could stand against it and in so doing limit it. This process has been cheered on by the people who, in seeking liberation from all social power, unintentionally encouraged the nation state’s corrosive work. “Where will it end? In the destruction of all other command for the benefit of one alone—that of the state. In each man’s absolute freedom from every family and social authority, a freedom the price of which is complete submission to the state.”

Can the march of Power be reversed or even hampered? In his historic analysis, Jouvenel points out that “the passion for absolutism is, inevitably, in conspiracy with the passion for equality.” The alternative to equality is, however, some sort of aristocracy. According to Jouvenel, resistance to Power is “the business of aristocracies.” Indeed, kings sought to undermine aristocracies because they represented counters to royal power. To do so, kings aligned themselves with the people, granting favors and benefits. Yet, when the aristocracies were finally destroyed, all that remained was the atomized individual, completely liberated from social powers, and the all-powerful state.

Jouvenel argues that only those capable of fighting Power will enjoy any semblance of political liberty. He suggests that Power must be countered by “make-weights,” alternative centers of power that resist consolidation. The separation of powers described by Madison in Federalist 51 is an example of an institutional mechanism established to oppose the expansion of power, yet the steady growth of power since the Founding suggests that this mechanism alone is insufficient.

What, then, can serve as a make-weight to state power? Jouvenel is less than satisfactory on this point. Clearly, if ambulatory law lies at the heart of the problem, one solution would be the recovery of some notion of divine law. Easier said than done. Nevertheless, Jouvenel remarks that “the absence in society of any concrete authorities capable of restraining Power does not matter if Power itself makes humble submission before the abstract force of the natural law.” What would it take for Power to submit itself to the authority of natural law? A religious awakening? A noble lie?

Jouvenel remarks that “Power encounters the maximum of opposition” in simple societies “as in the communities of yeomen with nearly equal holdings.” While he doesn’t pine for a return to such a rustic and romanticized existence, it may be that property is a crucial element in resisting Power. Ultimately, it seems that a society must ensure that all citizens have a stake in the system. The “secret of liberty” is found in a regime where “rights are inviolable” and such a society cannot be maintained if the majority of citizens are not concerned to keep those rights intact. How can this be done? By ensuring that all citizens have the same interests and a desire to protect those interests. Such a “natural harmony” is only possible “so long as the material conditions of life stretch in an uninterrupted chain from the highest to the lowest, a chain in which the various links [are] not too far apart.” This harmonious and free society would be utterly destroyed if property holdings shifted and “there came to be at one end of the social ladder a disinherited mass, and at the other an insolent plutocracy.”

A propertyless proletariat in possession of the franchise represents the death knell of freedom. Recovering a belief in natural law and establishing a propertied society are essential for liberty to flourish, especially in a democratic age. How these two goals are attained must be a central part of any serious attempt to put liberty on a firm foundation.

A Tenancy of Will