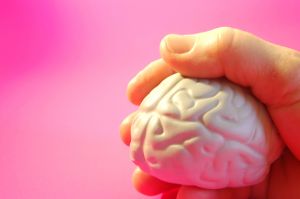 About a week or so ago, Rod Dreher, writing at his blog at the American Conservative website, recorded some of his observations from a lecture presented in New York by Philip Blond.  Dreher called particular attention to an insightful comment offered by one of the audience members following the lecture, to the effect that a civil community requires the possibility of citizens “asserting things they can’t prove.”  Reading this, I was reminded of a short work by Giambattista Vico, called On the Study Methods of Our Time, in which Vico argues for the inescapably probable nature of our knowledge concerning human affairs, and the importance of educating youth in a way that prepares them to accept verisimilitude as a proper standard for political and ethical debate.  It is a work that is highly relevant to our own intellectual predicament, not least because it effectively explains why we now find it impossible to assert things which we cannot prove, and why, as a result, our public arguments continue to be so sterile and discordant.

The specific target of Vico’s criticism in his brief essay – actually, an academic oration delivered before the Viceroy of Naples – was the undue emphasis placed by educators of his time on the then-novel methodology of science.  He had in mind things like Antoine Arnauld’s highly influential Port-Royal Logic, which was grounded in the geometrical, apodictic reasoning of Descartes, with its criterion of a “clear and distinct idea” applied to any assertion.  For Vico, this fascination of schoolmasters with the new method of science was likely to have grave consequences.  First, and most obviously, absorption in the natural sciences would distract students from other, more immediately relevant, subjects of study:

“But the greatest drawback of our educational methods is that we pay an excessive amount of attention to the natural sciences and not enough to ethics.  Our chief fault is that we disregard that part of ethics which treats of human character, of its dispositions, its passions, and of the manner of adjusting these factors to public life and eloquence.  We neglect that discipline which deals with the differential features of the virtues and vices, with good and bad behavior-patterns…and with the art of seemly conduct in life, the most difficult of all arts.”

More seriously, by exalting the Cartesian standard of truthfulness into a universal standard, teachers were effectively undermining their students’ ability to reason on matters of an ethical or political nature, where the neatness and conclusiveness of science can never be reproduced.  Human life is a realm of unavoidable contingency, an arena where “choice and chance” rule, where “prudential behavior,” and not “the inflexible standard of abstract right” is the goal.  Those who carry the Cartesian standard of truth into this realm will find little or nothing answering to this standard; as a result, they will eventually conclude that no true statements made be made about anything of an ethical or political purport: “those whose only concern is abstract truth experience great difficulty in achieving their means, and greater difficulty in attaining their ends.  Frustrated in their own plans, deceived by the plans of others, they often throw up the game.”  Over time, this program of study unfits its pupils for life in a civil community: “Our young men, because of their training, which is focused on these studies, are unable to engage in the life of the community, to conduct themselves with sufficient wisdom and prudence; nor can they infuse into their speech a familiarity with human psychology of permeate their utterances with passion.”  According to Vico, the antidote for this miseducation can be found in the study methods of the ancients, that is to say, by re-instituting the primacy of the traditional humanist program, with its emphasis on literature and rhetoric.  Such a course of study always had as its first purpose the formation of citizens capable of assuming their place in a rationally-ordered polis.

Needless to say, Vico’s argument could not have been more futile.  Since his time, education in the Western world can accurately be characterized as one long, and blindly enthusiastic, implementation of all the erroneous methods which he decried.  We now live in an era where the majority of high school graduates possess the merest vestiges of literacy, where instruction in the humanities at the university level has become a running joke, and yet nearly every voice of public influence – from politicians to pundits – clamors day and night for improved test scores in science and math.  We evince, as a nation, an almost perfect indifference towards the quality of the literary or historical instruction offered to our students.  Who can possibly be surprised, then, that our political discourse exhibits everywhere such perfect imbecility?  As Vico argued, humanist instruction was the prerequisite for fruitful political debate; it taught the habits and passions of the mind, the vicissitudes of life, maxims of prudence, all of which need to be accounted for in any viable political counsel.

Most importantly, humanist education taught a standard of truthfulness that was appropriate to human affairs, a standard which has nothing to do with the geometrical precision of Descartes’ “clear and distinct ideas,” but rather rested on the assumption that probable truth – contestable, inconclusive truth – was the best that could be achieved in ethical and political matters.  It is the absence of such a standard in our society which makes it impossible for any of us to “assert things we cannot prove.”  Exactly as Vico feared, we take the scientific standard of truth to be the sole and universal standard of truth; whatever is not scientifically verified, we assume, is not really true.  One symptom of this intellectual disease is that the modern mind indulges in the recurrent fantasy – played out every day in Psychology and Sociology Departments across the land – that an application of scientific methodology to human experience will somehow provide us with conclusive and substantive knowledge about ourselves.  And when this delusion falls apart, as it inevitably does, we swing just as wildly to the opposite extreme and declare that nothing true can be asserted regarding ethical or political topics.  Thus we oscillate endlessly between positivism and relativism – between sociobiology on the one hand, and post-modernism on the other – without ever discovering the grounds on which to establish some form of civil agreement. What is missing is a conception of truth arising directly from our experience in the world, a conception of truth as prudential reasoning or traditional wisdom.  What is missing are dialectical and rhetorical standards of verification, which are not “proofs,” but which are no less conducive to the truth for all that.

Liberalism depends crucially on this state of affairs, for when it seeks to neutralize theories of a “common good” – as it must – it relies on arguments of a relativistic tenor, but when it seeks to justify the political arrangements which it imposes on the community – as again it must – it appeals to arguments of a positivistic, technical nature.  The defeat of liberalism thus requires toppling the scientific paradigm of rationality from its pride of place in the modern mind.  James Kalb, the political theorist, is wonderfully lucid on this point.  In a speech posted at the First Principles website, (found here: http://www.firstprinciplesjournal.com/articles.aspx?article=1182&theme=home&page=1&loc=b&type=ctbf) Kalb argues that “political modernity is the application to social life of the modern understanding of reason, which has become technological reason.”  According to Kalb, an authentic conservatism, a conservatism that has some hope of success, will aim to replace this paradigm of rationality with one better matched to the realities of human social existence.

I would submit that the new conception of rationality we need is really the old one, the humanist one.  That conception of rationality has been ably described and vindicated in the past; I am thinking of books like Gadamer’s Truth and Method or Ernst Cassirer’s Logic of the Cultural Sciences. We ought to be turning to these works now with serious attention.  More basically, our task is simply the revival of humanist scholarship, in the schools especially, but in the broader culture also.  We must become regular readers again of Sophocles, Thucydides, Petrarch, Cervantes, Racine, Johnson, and Tolstoy, because a mind that is acquainted with their works will find it absolutely ridiculous to suppose that such authors do not state truth. Where such reading habits are inculcated, people grow accustomed to speaking of the human in human terms, to thinking of duties and laws in a manner appropriate to these topics, with relevant standards of truth.  They will never expect their neighbors to verify their ethical and political opinions scientifically, but neither will they then believe that the content of those opinions is not subject to affirmation or critique.  They will grow used to asserting things without proof, and over time, through debates that proceed laboriously, sloppily, always imperfectly, they may find themselves asserting many of the same things.  From such concord, the roots of communal life grow.