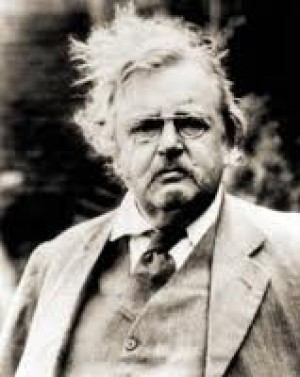 Late last week, The New Inquiry published an email exchange between Daniel Larison of The American Conservative and political theorist Corey Robin. Larison had taken issue with Robin’s argument that conservatism’s reflex is essentially “to defend power and privilege against movements demanding freedom and equality,” and the resulting back-and-forth is an entertaining read.

They were sniping courteously along, and then Robin suddenly was trying to argue that the center of conservatism isn’t the Tory focus on procedural good order. “I don’t think it’s lawfulness per se that is seen as the keystone benefit,” he wrote. Rather,

[w]hat conservatives value about the order they defend is that it is one in which excellence rules. The rule of the better over the worse is critical, I think, to the conservative imagination. That is the law conservatives value above all else, and indeed, they have proven themselves to be quite hostile to laws that undermine that rule. The law that conservatives value is a kind of natural law in which the best rise to the top, through struggle and adversity, and prove their mettle (“Redefining the Right Wing,” The New Inquiry, November 3, 2011).

Now, this seems to be to be getting it just exactly wrong. It was liberal reformers– throughout the nineteenth century, and earlier– who were keen to institute meritocracy in the civil services of various European governments. The struggle for existence is an essentially liberal way of conceiving civil society: that’s why laissez-faire capitalists, arch-liberals all, tended to be such fans of the eugenics movement.

Conservatives, by contrast, see social solidarity as the normal state of things, and the dynamism or creative destruction that the liberal order fosters, and in which natural law promotes the rule of the “best,” is really quite alien to the conservative mind. Those conservatives who are defenders of aristocracy do so not on the basis that the aristocrats are better than others, but on the basis that aristocrats fill a social role that someone’s got to fill, just as someone’s got to bake the bread and someone’s got to write for the feuilletons, and it might as well be this lot as anyone else.

Robin can be forgiven for getting this wrong. In a recent First Things article, James Nuechterlein articulates just the kind of meritocratic 19th century liberal view that Robin sees as the heart of conservatism. “Conservatives,” writes Nuechterlein,

in their usual muddling way…generally suppose that, assuming free and fair competition (a large assumption), the prevailing distribution of economic rewards, however unequal, is “natural”– reward corresponds to effort– and therefore just. Efforts at redistribution by the government, in this view, have no basis in justice (society ought not to be in the business of coercing charity) and typically serve only to hamper economic efficiency and to restrict personal liberty (The Public Square, First Things, April 2011).

Well. You can call this what you want– it sounds like Gradgrind to me– but it is not conservatism: not anything that anyone before 1900 or so would recognize as conservatism, anyway. The real conservative argument for aristocracy lies somewhere entirely different. G.K. Chesterton, no friend to aristocracy, got this right: in What’s Wrong with the World, his criticism of Edwardian social thought, he makes an unusual case for what might be called the democratic roots of European aristocracy. Democracy, the sense of equality and comradeship among men, he defines as the normal condition of humans: “The common conception,” Chesterton writes, “among the dregs of Darwinian culture is that men have slowly worked their way out of inequality into a state of comparative equality. The truth is, I fancy, almost exactly the opposite.”

Despite this normality of the equality of comradeship between men, there are times when for functional reasons, hierarchy pops up: these are times of emergency, when quick action is called for. Chesterton writes,

If a camp is surprised by night somebody must give the order to fire; there is no time to vote it…If an army actually consisted of nothing but Hannibals and Napoleons, it would still be better in the case of a surprise that they should not all give orders together. Nay, it would be better if the stupidest of them all gave the orders. Thus, we see that merely military subordination, so far from resting on the inequality of men, actually rests on the equality of men. Discipline does not involve the Carlylean notion that somebody is always right when everybody is wrong, and that we must discover and crown that somebody. On the contrary, discipline means that in certain frightfully rapid circumstances, one can trust anybody so long as he is not everybody…The military spirit means, if anything, obeying the weakest and stupidest man, obeying him merely because he is a man, and not a thousand men. Submission to a weak man is discipline. Submission to a strong man is only servility.

And in truth, Carlyle’s hero-worship could only have taken root in a society like Victorian England where the intelligentsia were already liberalized and thereby secularized, where the worship of the God who became a Jewish toddler no longer shaped political ideas. The older idea, the idea of submission to– well, to anybody, in a pinch– is, Chesterton claims, the healthy and democratic origin of the sanest kind of social distinctions in Europe. “Now it can be easily shown,” he writes,

that the thing we call aristocracy in Europe is not in its origin and spirit an aristocracy at all. It is not a system of spiritual degrees and distinctions like, for example, the caste system of India, or even like the old Greek distinction between free men and slaves. It is simply the remains of a military organization… Now in an army nobody ever dreams of supposing that difference of rank represents a difference of moral reality… No one ever says, in reporting a mess-room conversation, “Lieutenant Jones was very witty, but was naturally inferior to Captain Smith.” The essence of an army is the idea of official inequality, founded on unofficial equality. The Colonel is not obeyed because he is the best man, but because he is the Colonel. Such was probably the spirit of the system of dukes and counts when it first arose out of the military spirit and military necessities of
Rome.

Chesterton is not arguing in favor of aristocracy, but he is arguing that aristocracy in the old European sense is more democratic than what Robin seems to think conservatives mean by aristocracy; that is, a plutocracy that may be the natural result of free economic competition. This plutocracy is what Chesterton cannot bear: better the blustering bossiness of a baron than the poisonous power of the plutocrat. He acidly notes that a good deal of modern propaganda (and this was before Ayn Rand!) has gone into justifying the rule of the economically fit: “there has arisen,” he writes,

in modern life a literary fashion devoting itself to the romance of business, to great demigods of greed and to fairyland of finance. This popular philosophy is utterly despotic and anti-democratic…The essential argument is “Specialists must be despots; men must be specialists… We must have commercial civilization; therefore we must destroy democracy” (What’s Wrong With the World, 1912, p. 126-134).

This is the kind of defense of what he calls aristocracy that Robin claims conservatives mount. It was certainly the ideal promoted by Jefferson: America was in part founded on this ugly vision of a natural aristocracy. It is, however, most characteristic not of traditionalist conservatism, (rooted as that is in the Christian doctrine of the spiritual equality of man) but of the monstrosity of Nietzscheanism. Nietzsche was many things–including a madman– but he was no conservative. He was instead the evil twin called up by the individualism and focus on competition that Locke advocated. He was the monster, which the dreams of reason must produce. And the thing about evil twins is that they share all the genetic material of the original. Nietzche’s phenotype was reactionary and aristocratic, but his genotype– like that of Ayn Rand; like that of the modern neoconservative apologists for capitalism– was completely liberal.

Look, of course economic outcomes are, quite often, related to the energy and intelligence with which one pursues one’s business. That’s all over the book of Proverbs, not to mention a present reality in our lives. But does this fact exhaust our social and political obligations to each other? Is it the only thing we need to know about economics, and once we know it, can we just kind of kick back, as a society, and not worry about how this general principle has played out in people’s lives? I don’t think we can. For one thing, leveling the playing field is not something that can be addressed, as Nuechterlein tries to do, with a parenthetical aside. When he writes that the market, “assuming free and fair competition (a large assumption),” leads to just outcomes, he is compressing all of the variety of human experience into those parentheses. If we don’t have a society where everyone’s childhood is identical, then we can’t, even by the premises of market liberalism, assume a “just” outcome. Are neo-conservatives really so committed to depending on the mechanism of market competition as the one engine of justice, that they are willing to put themselves in the position of calling for standardized childhoods to ensure just economic outcomes? Because that’s where neo-conservative logic must lead– unless neo-conservatism is, as Robin suspects, all just a blind for perpetuating existing economic inequities into the next generation.

We don’t really want to be a gang of Victorian Manchester-school plutocrats, do we? Saying “The cream rises to the top, what?” while elevating our gouty feet on a stepstool and plunging our faces into a tub of goose-liver pate? And, surely, we don’t want to be the modern version either: the fit, well-manicured, childless, tech-savvy Forex trader who looks at the mother of three, surviving on welfare, and says “Well, she’s got to just go to some adult education program, doesn’t she? She doesn’t even know Excel.”

These are not the people I want to be, at least. Not because I don’t believe in the ability of people to improve their lives. Not because I want to promote passivity or helplessness. But because I don’t think that competition in a marketplace is the best model for society as a whole. And anyone who does think so ought to examine his conservative credentials very carefully, to make sure that they weren’t secretly signed by some nineteenth-century Whig or other, whose well-brushed coat and knowledge of the classics gave him a superficially conservative veneer.

Susannah Black is a freelance writer. After getting her BA in English literature from Amherst College, she went on to earn an MA in early modern European history from Boston University. She is an organizational team member at ResPublica America and an avid schooner sailor. Born and raised in Manhattan, she is now taking her stand in central Queens. She blogs at radiofreethulcandra.wordpress.com